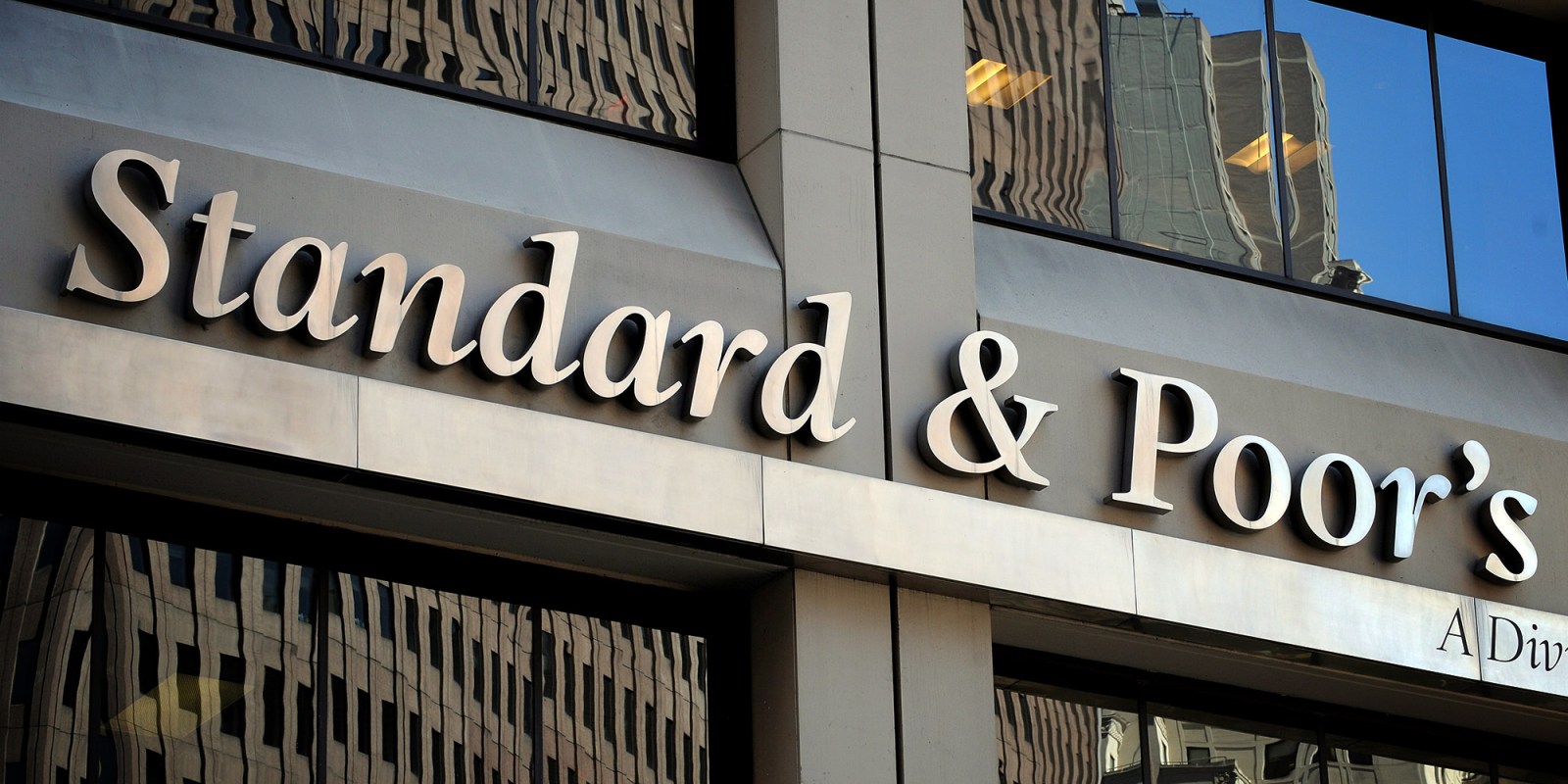 The offices of Standard and Poor’s in New York. (Photo: EPA / Justine Lane)

Ratings firm S&P Global, one of three major credit agencies to rank SA’s debt below investment grade, says economic activity is improving faster than initially forecast, but warned that slack in the economy may restrain the recovery beyond 2021.

“South Africa’s gap with its pre-pandemic activity has narrowed faster than expected, though there is still significant slack in the economy,” ratings firm S&P Global said in its Economic Outlook for Emerging Markets.

S&P expects South Africa’s economy to grow by 4.6% this year and only 2.6% in 2022. The ratings firm’s GDP forecast is much lower than the SA Reserve Bank’s (SARB’s) recent estimate of a 5.3% expansion this year.

The difference probably stems from different views of how long the impact of the violent riots in July will last. Last Thursday the central bank said social unrest was likely to have a lasting impact on investor sentiment and activity, but that would come through later in the cycle.

S&P, on the other hand, views the impact as more immediate, but transitory.

“In South Africa, a third Covid-19 wave and riots in July weighed on growth, but the impact on activity appears to be temporary,” said analysts at the agency.

The violence in early July, triggered by the arrest of former president Jacob Zuma but underpinned by growing unemployment and poverty, led to more than 300 deaths and an estimated R50-billion hit to the economy.

Booming global commodity prices and a quicker roll-out of Covid-19 vaccines have, however, boosted activity, although analysts warn that deeper structural reforms are needed to sustain the economic recovery.

Bank of America’s (BofA’s) GDP growth estimate for 2021, of 5.1%, is also higher than S&P’s and closer to that of the Reserve Bank’s. The US bank sees commodity prices continuing to support the South African economy, with lower interest rates supporting consumer spending going into the end-of-year holiday season.

The Reserve Bank kept interest rates at a record low at its policy meeting last Thursday, and looks set to keep them low well into 2022, citing lower consumer inflation and the need to keep supporting the economy.

“High positive terms of trade are the main driver, followed by a statistical rebound, with year-on-year growth of 18.4% in Q2 following a contraction in 2020 Q2. Resilient household consumption spending supports a higher outcome in 2021,” BofA said in a research note.

“We think the market is failing to take into account the SARB’s ‘lower for longer’ language. Our base case remains that the SARB will start its hiking cycle in March 2022 for a cumulative 100 basis points by year-end.”

“In South Africa, core inflation remains subdued, reflecting larger economic slack, and headline inflation is likely to stay well within the target range of 3%-6%. We expect the South African Reserve Bank to keep rates on hold until the beginning of 2022,” the ratings agency said.

S&P, with Moody’s, and Fitch, are expected to publish their reviews of South Africa’s debt after the municipal elections and the medium-term Budget in early November. DM/BM