Refugees in Cape Town giving up hope of home affairs or police assistance, would rather leave SA 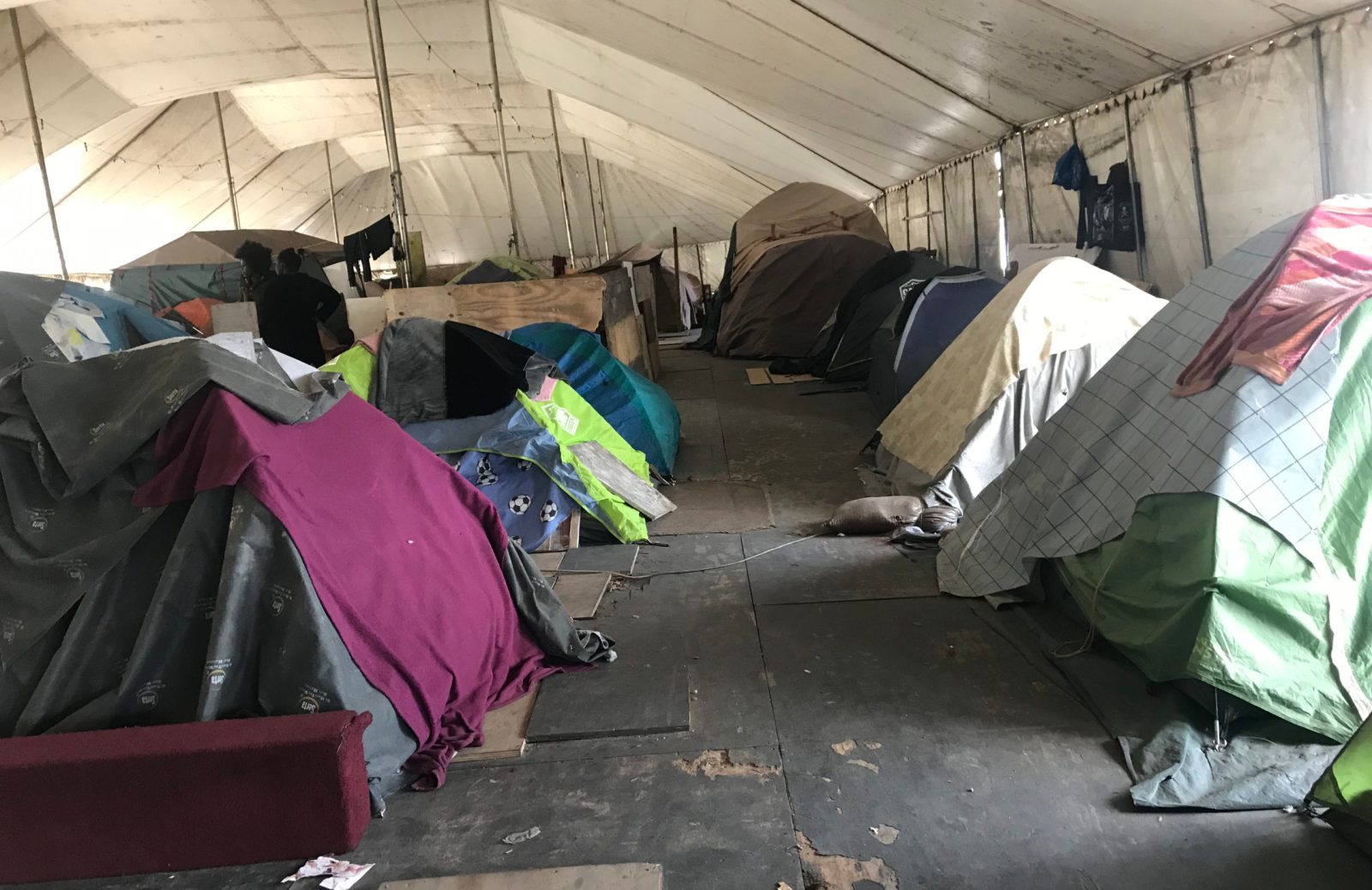 Some families are still living at the Wingfield camp in Cape Town. (Photo: Tariro Washinyira)

Refugees who have returned to their communities after a long protest in Cape Town still want to leave the country.

Nearly two years after refugees started a sit-in outside the UN High Commissioner for Refugees (UNHCR) office in Cape Town, about 800 people have moved back into their communities, but many are still determined to leave South Africa.

The refugees, who were complaining about xenophobia in South Africa and demanding they be sent to a third country were removed in a chaotic operation. They ended up spending months on Greenmarket Square and occupying the Central Methodist Church. Over time, some moved back to their communities but many remained on the square until April 2020. They were then relocated to camps in Wingfield and Bellville by the City of Cape Town as the Covid-19 pandemic gripped the country. Some were deported.

Two years later, only about 24 families — about 150 people out of 400 — remain in Wingfield, but very few have moved out of the Bellville site, where about 650 people are still living. They say they will never go back to the community and are waiting for the UNHCR to help them leave the country.

Some of those who have moved back also say they still want to leave. They say they have problems with documents and crime, and accuse the police of failing to assist them. For three months they were given rent and food assistance by the UNHCR but this has come to an end and are worried about how they will manage.

Emile (name changed) and his family are among those who left the Wingfield base but still want to leave the country. They went to Parow, but crime prompted them to leave for another area. Emile, from Democratic Republic of Congo (DRC), says he has had refugee status since 2007 but has not been able to get documents for his wife and two children. He is a motor mechanic.

He said his children had not been able to get into schools, in spite of Department of Education regulations and a court ruling. “When I heard of the sit-in I thought it was the right thing to do. I don’t want to sit in this hellish country anymore,” he said.

“On 4 July I moved to Parow. Same week people broke into my car, stole all my equipment and family documents. On 9 August people who stole from me came and asked for money in return for my documents. I went to the police but they didn’t want to hear me out. On 27 August they broke in again and stole the new car battery. Parow police refused to open a case. They said they want a green ID. This is the second time this is happening. In Strand where I previously lived before the protest, the police refused to open a rape case for my family. They wanted a green ID. In less than three months I’ve moved to another community.” He now lives in Eerste River.

The UNHCR has offered the refugees the possibility of resettlement in their country of origin through a Voluntary Repatriation Programme, but each case is assessed individually.

Eric (name changed), also from DRC, has been living in South Africa for 18 years and renews his document every three to six months. He said his children could not attend university because they are struggling to renew their documents, and he has lost good job opportunities because of lack of proper documents.

“I am tired. All I want is to leave. I am waiting for the UNHCR to tell me the way forward with repatriation. They promised to help me go back to my country if the investigation they are doing on my behalf reveals it is safe to return,” he said.

Everard (name changed), who is also from DRC, moved out of Wingfield in June. His family shares a three-bedroom flat with three other families in Elsies River. They live in the lounge which he has divided with a curtain into a bedroom for him and his wife and their seven-year-old daughter, and a dining room, where the other children sleep.

Everard said he lost his qualifications from the Congo Protestant University in Kinshasa when they were moved from the sit-in outside the UNHCR offices. He said he had worked as an accountant in the DRC but for the 13 years he lived in South Africa he had not been able to get a formal job in South Africa because many companies are not satisfied with asylum documents valid for less than six months. He also complained that last month his son was attacked by a mob, but Elsies River Police Station refused to open a case for him.

“We still don’t have papers. Everywhere we go to look for work they are asking for a valid paper. The landlord is going to kick me out … We don’t want South Africa anymore,” he said.

UNHCR told GroundUp that by 17 September the reintegration project had assisted about 800 people to return to their communities.

“This specific reintegration project at the two sites in Cape Town has ended but UNHCR’s regular programmes remain in place for all refugees and asylum-seekers in South Africa, such as provision of legal advice on documentation issues through partners on the ground. Fifty persons have voluntarily returned to their countries of origin. The Voluntary Repatriation programme is still continuing and persons can contact UNHCR for assistance.”

Anyone has the right to lodge a police complaint

Police spokesperson Colonel André Traut said complainants should approach the management of the police stations to lodge official complaints against police officers who had failed to assist them.

“Every person has the right to lodge a criminal case at a police station and we will not hesitate to take remedial steps against police members who deny a complainant access to our services.”

No response from Home Affairs

GroundUp first wrote to the Department of Home Affairs spokesperson Siya Qoza and media manager David Hlabane on 16 September asking for comment about the future of the refugees and their problems with documentation. Hlabane acknowledged receipt and promised to reply. We followed up on 20 and 27 September by email. On Monday via WhatsApp Qoza promised to reply on Tuesday but nothing has been received, and attempts to call on Wednesday were unsuccessful. DM