The Land (B)ruiser is back 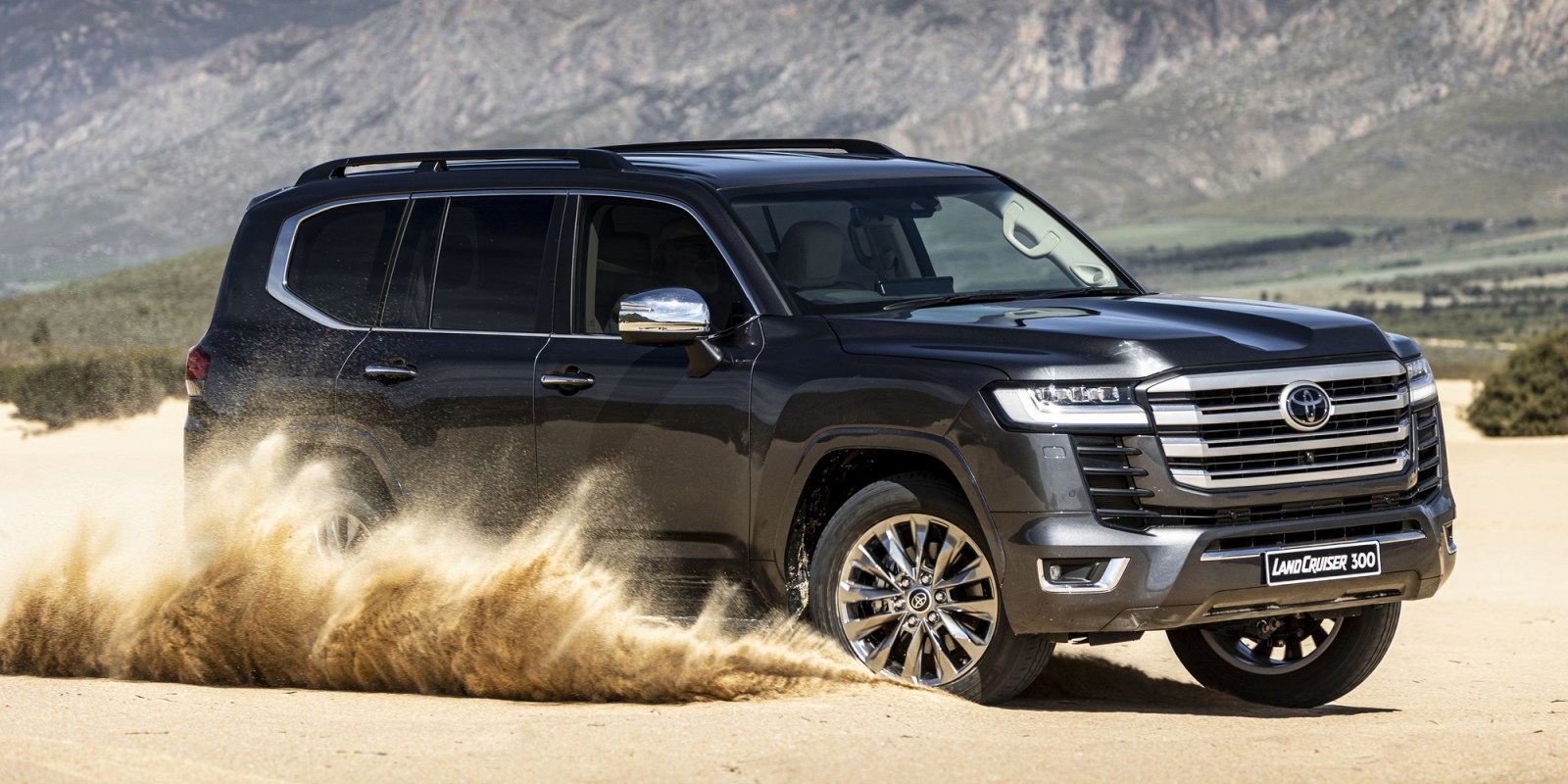 To celebrate its 70 years as the longest-produced vehicle in Toyota’s history, the Land Cruiser 300 has launched, taking the legend to a whole new on-road and off-road level.

In June 1950, North Korea, under Kim Il-Sung, invaded South Korea. At the time, just five years after World War 2 had ended, Japan was still under American occupation. The invasion, so close to “home”, forced the US and the newly formed United Nations to leap to South Korea’s defence. Due to the rough and impenetrable terrain in the warring territories, Toyota was commissioned to develop a four-wheel-drive truck to assist the US military.

The Japanese manufacturer sprang into action and presented its prototype to the National Police Reserve (NPR). A real “patchwork” special – the vehicle used the chassis of Toyota’s one-tonne Type SB truck, adding the oversized 3.4 litre Type B six-cylinder petrol engine belonging to the bigger four-tonner. The suspension was borrowed from the small Toyopet passenger car, and it was finished off with a makeshift open body.

The NPR was unimpressed with the “Toyota BJ” (the initials referred to the B-series engine and the Jeep) and opted instead for Mitsubishi’s licenced version of the Willys. The team at Toyota was determined to improve on its first prototype and went back to the drawing board.

The main aim was to create a vehicle that would be able to conquer harsh terrain that had previously only been approachable on horseback. One of its arduous test drives was the “old pilgrim route” up to the sixth station on Mount Fuji. So impressive was the revised BJ that the NPR turned their backs on Mitsubishi and made Toyota the new supplier.

Soon five versions evolved, including a firefighter and two pickups. By 1953, the BJ was in full-scale production. But the word “Jeep” soon became a bone of contention for the Willys’ legal team, who had patented the word “Jeep” on behalf of their American clients. Toyota was forced to drop the name and rechristened its new off-roader the “Land Cruiser” in 1954. And so the legend was born. By 1955, Pakistan and Saudi Arabia were the first countries to receive their vehicles via the export market.

By 2021, 70 years after the first “BJ” was produced, over 10 million Land Cruisers, including 14 model lines and thousands of variations, have found homes in 170 countries, earning it the title of “the longest produced” vehicle in Toyota’s history.

Both are built on an all new TNGA F-platform, while the 300 has retained its highly lauded ladder frame structure. The new 300 is 200kg lighter than its predecessor, enabling better fuel economy and enhanced acceleration at lower speeds. Ground clearance has improved to 235 mm and wading depth sits at 700mm.

Looks-wise, the new LC 300 has an imposing macho presence with its angular design, prominent grille and humongous bonnet, along with a clever retro twist, reminding die-hard fans of the two-box look from the 80 series.

The 2021 Cruiser also introduces a new grade line-up: the entry level GX-R is joined by the more luxurious ZX, which replaces the previous generation VX-R. The ZX will speak to those customers who are looking for both off-road and “boulevard” appeal with its high-end premium fittings, a wi-fi-enabled rear-seat entertainment system with wireless headphones, along with sexy 20-inch alloys.

The top of the range GR-S, which is Toyota’s Gazoo Racing addition to “The Master of Africa”, is aimed at those who are hell-bent on conquering all terrains with its centre, front and rear diff-locks, along with its  fancy-schmancy, high-end interior trims and fittings.

A few weeks back, I got to spend three days in the new GR-S and ZX models, where we put them through a variety of terrains along the West Coast and far-flung roads of the Cederberg – and boy, does this Land Crusher know how to conquer whatever terrain you chuck at it.

Of course, a lot can happen in 14 years when it comes to tech.

As we embarked on an off-road track just outside Paternoster, we got to experience the all new Multi-Terrain Select interface. Terrain choices include rock, mud, dirt, deep snow and sand in low range, which can either be operated manually or via auto mode. The sophisticated surround camera system allows the driver to be super aware of the surrounding terrain, via high-tech sensor inputs.

Then there’s the all-new electronic Kinetic Dynamic Suspension System (E-KDSS), only available in the GR-S. Traditionally, KDSS allows anti-sway bars to work as normal, reducing body lean by as much as 50% while adding to safety. The advantage of the new system is its ability to link all four wheels together to improve off-road handling, and then electronically unlock the stabiliser bars to sharpen communication between all four wheels and allow for smooth traveling over cross-axle obstacles.

What really stuck out for me on our three day road trip was how damn comfy the new Land Cruiser was, both on-road and off. It often felt like we were sailing on calm seas, when in fact we were hurtling over corrugated and rock-infested terrain. When taking sharp corners on twisty mountain bends, I often had to remind myself that I was behind the wheel of a 2.5 tonne monster – this Cruiser was as agile as a cat.

On gravel, the 300 was super sturdy and well-planted with not a hint of a skid, and on sand dunes, while lesser off-road specimens may have struggled, stalled and spun wheels, the Cruiser cruised, without hesitation or even a shudder.

Diehards might miss some of the old school buttons as much of the interface has gone touch screen, but during my test drive I felt they’d struck a pretty good balance between dials, knobs, switches and new tech touch.

If there are any real gripes to be had around Toyota’s latest Truckasaurus, they can only relate to the global mile-long waiting list for this vehicle.

In August, Toyota released a statement announcing that deliveries of the highly anticipated Land Cruiser 300 would be delayed globally due to Covid-19-related production plant closures in Japan for most of September and a dire shortage of semiconductor computer chips.

It’s estimated that the delay could see customers waiting for at least 12 months before they get behind the wheel of their Land Bruisers. In LC-crazy countries like Australia, some media report that the wait could take up to four years. Locally, all stock has been gobbled up, and Toyota SA has had to temporarily restrict adding any more orders to the already bulging waiting list. What mad and strange times we are living in.

PRICING: (If you ever manage to get your hands on one.)