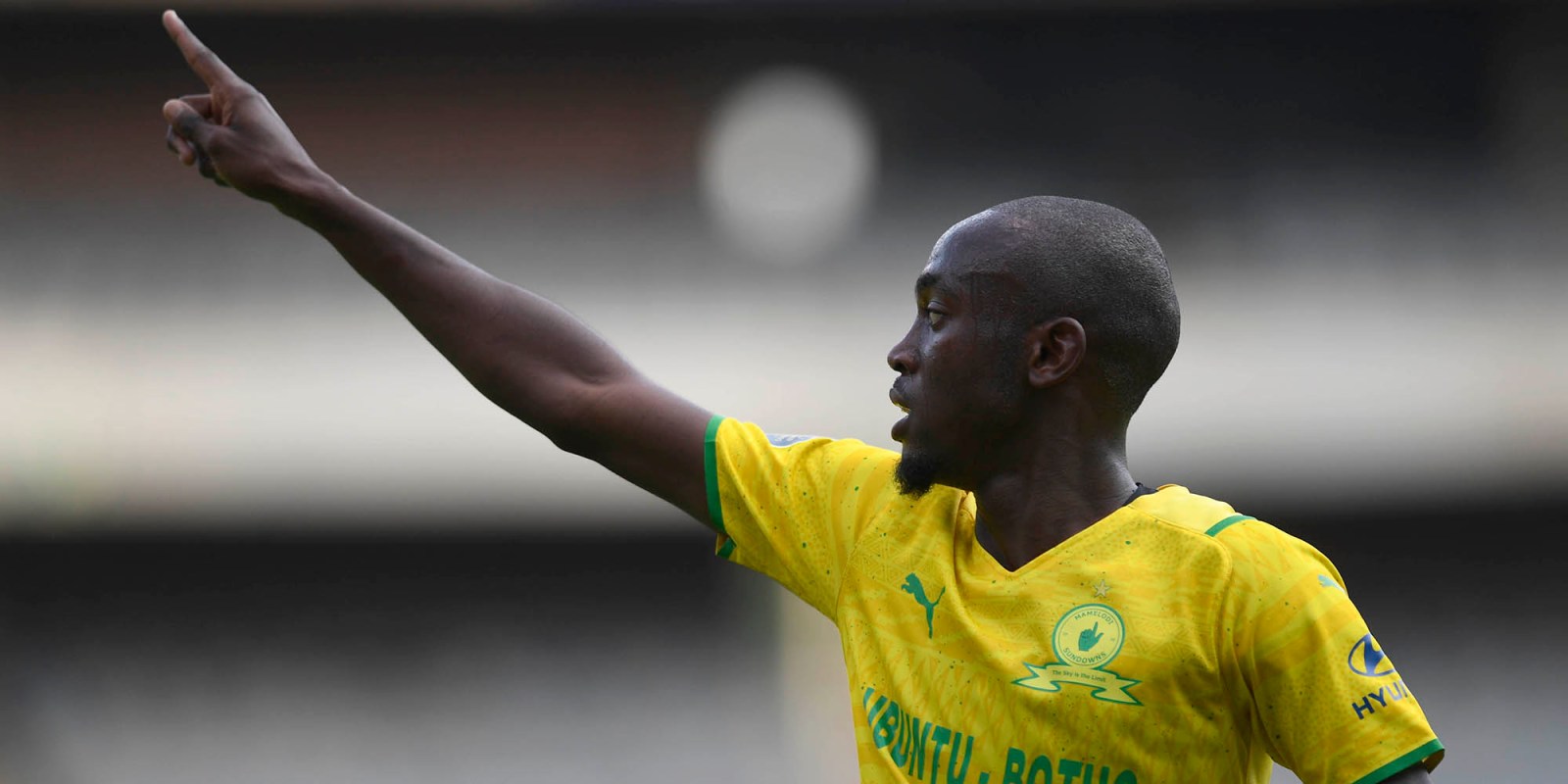 Week five of the DStv Premiership saw early title hopefuls secure crucial maximum points, while there was double disappointment for the Soweto giants.

The race for the Lesley Manyathela Golden Boot is beginning to gather momentum. The favourite for the prize awarded to the sharpest shooter in the DStv Premiership, Peter Shalulile, laid down the gauntlet for his fellow forwards.

The Namibian, always one to step up on big occasions, netted a brace to lead Mamelodi Sundowns to what has of late become a routine victory over Orlando Pirates.

This was Masandawana’s fourth consecutive victory over the Buccaneers in all competitions, at an aggregate of 10 goals to one. Last season the Tshwane giants beat Pirates 1-0 and 3-0 in their two 2020/2021 Premiership fixtures, with a resounding 4-1 victory for them in the Nedbank Cup quarterfinals being the icing on the cake.

The brace by Shalulile took him to four goals from five Premiership games this season, the joint most alongside Royal AM’s Victor Letsoalo.

It was also Shalulile’s fourth goal in this specific fixture since he joined Sundowns from Highlands Park at the beginning of the 2020/2021 season. He is level with club legends Raphael Chukwu and Hlompo Kekana in respect of this feat; only the extraordinary Daniel Mudau has scored more against Pirates (nine).

Shalulile though, ever the team player, says he is not focused on individual glory, but on helping the team succeed. He had this to say after he netted his second goal of the campaign as Sundowns saw off TS Galaxy a week ago:

“For me, it’s just to work hard for the team, the reward is what you saw happened when you score. I’m just here to work hard and improve my football.”

So far this season, it has been Royal’s Letsoalo who has been able to keep up with Shalulile’s goal-scoring pace. The Bafana Bafana striker also scored his fourth goal of the season as top-flight rookies Royal recorded another impressive win, thrashing TS Galaxy 4-2 to follow their 4-1 demolition of Kaizer Chiefs.

The Bafana marksman has indicated that he is aiming for 20 league goals this season, a feat last achieved by AmaZulu assistant coach Siyabonga Nomvethe in the 2011/2012 campaign.

“Wherever I am I always want to win things individually and collectively as a team. It gives me an opportunity as I started well and I will push to continue competing with them and see what happens at the end of the season when it comes to top goalscorers. I feel I can score 20 goals and that’s a target,” the Royal AM striker said in an interview with SowetanLive.

Letsoalo’s latest goal, which was complemented by strikes from Tshidiso Monamodi, Tebogo Potsane and Kabelo Mahlasela, sees the Premiership’s newcomers — who bought the status off Bloemfontein Celtic — occupying fourth place early in the season, with nine points from their five games.

Supersport United kept pace with first-placed Sundowns as they saw off a stubborn Maritzburg United side to claim a 2-1 victory over the KwaZulu-Natal side.

Former Pirates striker Thamsanqa Gabuza netted his third goal of the season to stay close to Shalulile and Letsoalo. Botswana centre back Thatayaone Ditlhokwe ensured that his side trailed Sundowns by only two points when he netted a winner in injury time to hand Matsatsantsa all three points.

The surprise package of the season, Stellenbosch, also came away with three points after seeing off Chippa United 2-1 in Cape Town. The victory means they are third on the table and level on 11 points with Supersport. Their primary sniper, Judas Moseamedi, failed to add to his tally of three league goals to date.

However, a strike from Stanley Dimgba and an own-goal by Chippa’s lanky midfielder Sammy Seabi after he had netted an equaliser for the Chilli Boys, secured all three points for Stellies and maintained their dream start to the season.

Elsewhere, Chiefs’ struggles under the tutelage of Stuart Baxter continued as they drew nil-all with Marumo Gallants. The blunt Amakhosi were without their main goal threat, Samir Nurkovic, for the visit to Limpopo.

The Serbian is set to undergo surgery for a troublesome meniscus in his right knee.

“I have had this injury niggling me for a while now — the medical team felt it was best to get the operation done. Further assessments will be done after the operation. The medical team will give me a timeline on the recovery process after that,” said Nurkovic of his impending surgery.

Although he struggled last season and has done so again during the early stages of this season, Nurkovic is a key attacking threat for Amakhosi and will be frustrated at not being able to assist the team to improve, while also keeping close to the likes of Shaulile and Letsoalo in terms of goals. DM