Eighteen months after the start of the Covid-19 pandemic women are faring worse than men, Quality of Life survey shows 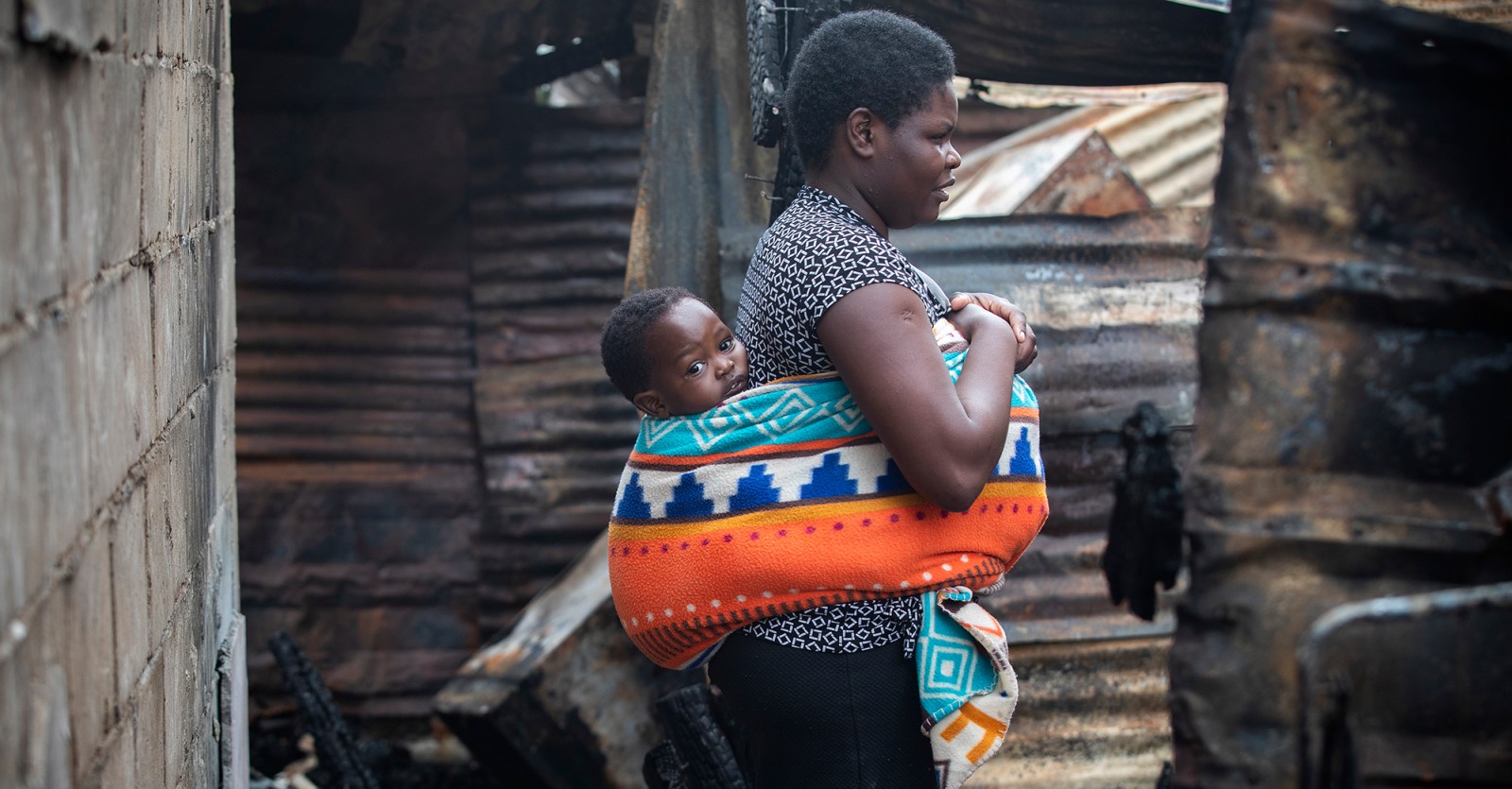 The slower recovery of women is in part related to the role they play in caring for children and relatives. (Photo: EPA-EFE/Nic Bothma)

Women are disproportionately bearing the burden of the impacts of the Covid-19 pandemic. This is best illustrated through the Gauteng City-Region Observatory’s Quality of Life Index, which provides a single measure of multidimensional wellbeing for the province’s residents.

For the first time since 2013/14, the mean Quality of Life Index score for female respondents is lower than for males. While Quality of Life dropped for both sexes since 2017/18, the drop was larger for women indicating that in overall terms the Covid-19 pandemic has affected women more than men.

This finding comes from GCRO’s latest report detailing the results of the sixth iteration of the Quality of Life (QoL) Survey 2020/21, which interviewed 13,616 respondents at their homes across Gauteng between October 2020 and May 2021. The enormous breadth of the survey questions provides some insights into the ways in which residents, and particularly women, have been impacted by the conditions of the pandemic.

The general self-reported health of women has suffered. While both sexes experienced an increase since 2017/18 in the proportion of respondents reporting poor or very poor health in the last week, the increase was greater for females than males.

In addition, women had a higher 2017/18 baseline, meaning that in 2020/21, 15% of women in Gauteng reported their health status as poor or very poor. When combined with Covid-19 infection data which has shown that a greater proportion of Covid-19 infections and hospitalisation were female patients, the results indicate that the pandemic has had a greater impact on the health status of women in Gauteng.

Women have also suffered multiple socio-economic impacts. While the QoL 2020/21 Survey shows very little difference between men and women in terms of salary and working hours reduced, jobs lost or businesses closed since March 2020, results from the Nids-Cram Survey showed that women’s participation in the labour market had been disproportionately negatively impacted. More concerning, however, is that men have been able to recover from these economic shocks more easily than women. Forty-nine per cent of men who lost jobs or closed businesses are now working, compared to just 37% of women.

The slower recovery of women is in part related to the role women play in caring for children and relatives. The QoL 2020/21 Survey shows that more than a quarter of respondents (28%) reported that they had spent more time than usual looking after children or other family members since March 2020.

When broken down by sex, the data reveals that half of female respondents in Gauteng with family commitments spent more time on caring for relatives than their male counterparts (28%). This reflects findings from other studies that show that while both men and women are spending more time on household chores and caring for children, a greater proportion of women are bearing the burden of these additional activities in South Africa. This has impacted adults caring for children most during school closures but has disproportionately affected women’s ability to work or to look for work.

These findings are troubling for both women and their families as food insecurity is linked to poor wellbeing and reflects many of the inequalities in South African society.

Finally, results from the QoL 2020/21 Survey indicate that we are not doing enough to protect women from violence and to ensure that they feel safe. Women are three times more likely than men to report past-year exposure to intimate-partner violence. In addition, 1.7% of women reported having been raped by a partner or a non-partner in the past year (higher than the average for Gauteng — 1.6%). This figure is more than 20-fold higher than the most recent rape statistics for Gauteng from 2019/2020 police statistics, from which we extrapolated a figure of 0.069% of the Gauteng population reporting past-year rape.

These experiences of violence are no doubt connected to women’s perceptions of safety in public spaces. Women are less likely to feel safe while walking in the day (73%) or after dark (16%), when compared to men (83% and 21% respectively). Women are also less likely than men to feel very safe while waiting for and using public transport.

Viewed collectively, the findings from the QoL 2020/21 Survey reveal that women in Gauteng have suffered disproportionate impacts on their socio-economic, physical and mental wellbeing. The impacts have arguably been exacerbated by inadequate social support measures during the crisis.

Although the Social Relief of Distress Grant (SRD) was implemented by government from May 2020, existing grant holders, notably women who were receiving child support grants did not initially qualify, although this has now been rectified. More could also have been done to address high levels of food insecurity as this affects both the women and children in these households.

Further measures are also required to protect the safety of women, particularly as crime levels are on the increase again following a lull during the first year of the pandemic. In order to ensure a full and speedier economic recovery, government and civil society need to enable women to re-enter the labour market and this may require additional childcare support services that are reliable and affordable. DM