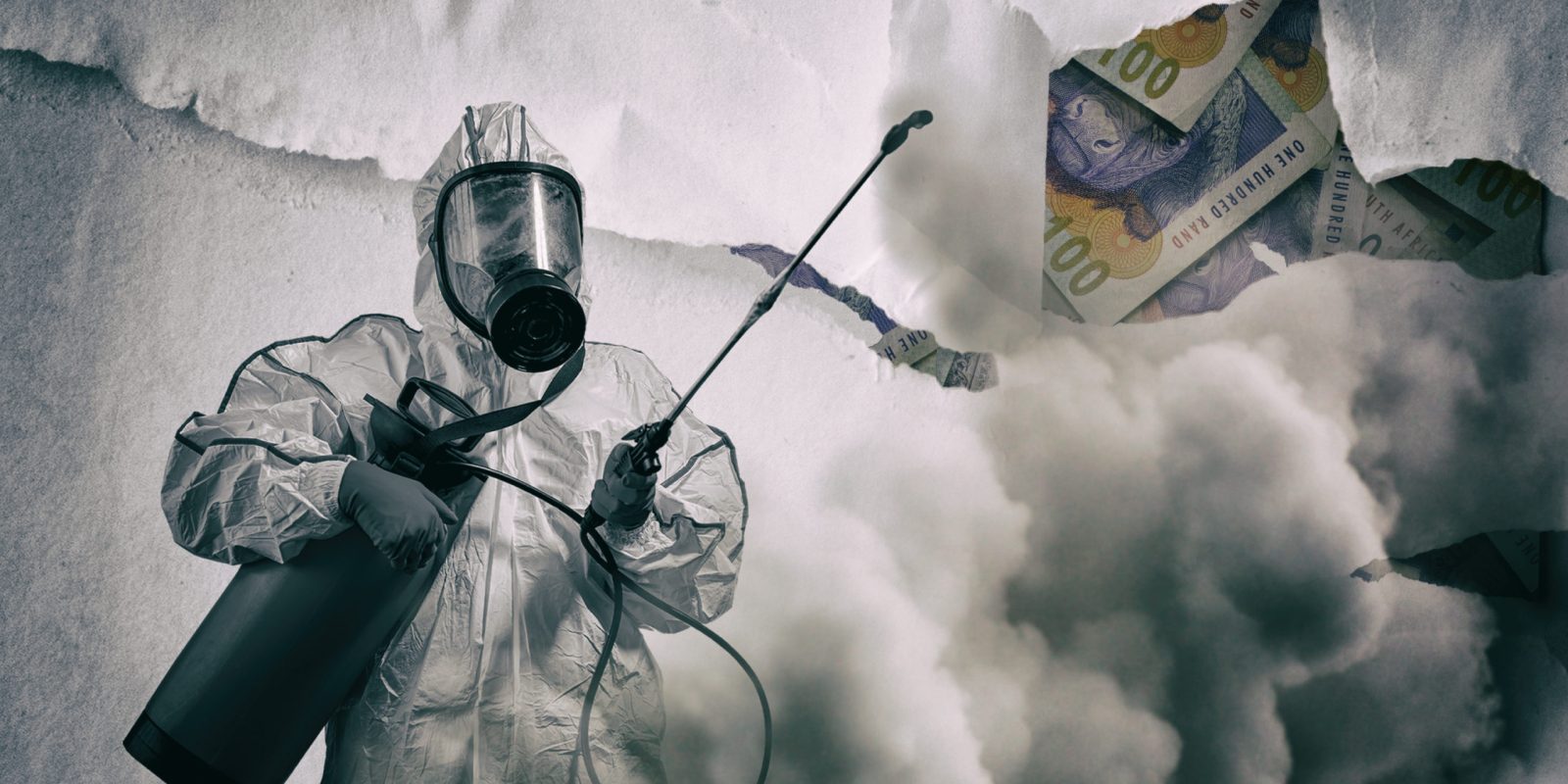 Medical experts say there’s no role for disinfectant foggers in Covid-19 control, but the Electoral Commission is distributing them to SA’s 23,151 voter registration stations this weekend and plans to order 126,280 more canisters for the upcoming elections.

The Electoral Commission is distributing disinfectant fogger sprays to each of the 23,151 voting stations that will open this weekend despite health institutions and medical experts stating that fogging is not recommended to prevent the spread of Covid-19.

In a briefing on Thursday ahead of the registration weekend for the local government elections, Chief Electoral Officer Sy Mamabolo said each voting station had been provided with disposable face masks, cardboard bins, sanitiser wipes, hand sanitiser, disinfectant fogger sprays and social distance markers “for use as precautionary measures to obviate possible Covid-19 transmissions”.

IEC spokesperson Kate Bapela said the Electoral Commission had purchased the fogger sprays and other protective products long in advance of the initially scheduled election date of 27 October.

At the time of writing, Bapela was unable to say how much the IEC had spent on foggers, which companies were involved, or what advice the IEC relied on in deciding to procure the foggers.

“By the time we went to the Constitutional Court to ask for a postponement to February, all of these things had already been bought. So we procured way in advance,” Bapela told Daily Maverick.

Leading health institutions and medical professionals have dismissed the use of foggers as an effective Covid-19 disinfectant for over a year.

In a May 2020 situation report, the World Health Organization said, “In indoor spaces, routine application of disinfectants to environmental surfaces via spraying or fogging (also known as fumigation or misting) is not recommended.”

Guidelines on returning to work from the Department of Basic Education, Department of Public Service and Administration and National Health Laboratory Service all stated that fogging is not recommended to prevent the spread of coronavirus.

Professor Francois Venter, divisional head of Ezintsha at Wits University, said, “There is no role whatsoever for fogger sprays. They are potentially dangerous.”

Venter is a member of The Scientists’ Collective, which includes South Africa’s leading medical scientists and academics. In August 2020, they wrote, “There is NO role for ‘fogging’, ‘disinfection tunnels’, spraying or ‘deep cleaning’ for Covid-19.”

Foggers have been described as ineffective in preventing the spread of Covid-19 and potentially harmful as workers and community members are exposed to the inhalation of disinfectants.

Unnecessary decontamination, deep-cleaning and fogging during the pandemic have also been linked to a number of questionable government contracts.

Electoral Commission Vice-Chairperson Janet Love told Daily Maverick that the health advice on fogging was unclear when the IEC signed contracts with its more than 20,000 voting sites.

She said many venues, which include both private and publicly owned properties, requested their sites be decontaminated or “defogged” during the elections, particularly schools.

After a Maverick Citizen investigation, the Special Investigating Unit (SIU) probed R431-million spent by the Gauteng Department of Education on decontamination and fogging during the pandemic, leading to the freezing of more than R60-million from 20 companies.

Love noted that there was now “more consensus” over the use of foggers to prevent the spread of Covid-19 and said the IEC would ask the Department of Health to provide clarity on the issue. But the IEC is still sending foggers to voting stations this weekend and plans to buy more.

Both IEC spokesperson Bapela and Love noted that the Electoral Commission had procured the foggers and other election gear far in advance of the registration weekend and the election date.

But the IEC has advertised a tender to buy an additional 126,280 400ml canisters of disinfectant fogging spray “for effective disinfection at voting stations” to be delivered no later than 20 October. Bids close on 1 October.

The IEC is under significant pressure to prepare to host open, free, fair and safe elections during the coronavirus pandemic after its application to postpone the vote to February 2021 was denied by the Constitutional Court.

Love said that while the IEC would approach the Department of Health regarding the use of foggers, it still planned to procure more than 120,000 canisters to distribute to voting stations for the 1 November vote.

“The reality is we have a process that’s on the move,” said Love.

She said the Electoral Commission was contractually obliged to distribute foggers to voting stations and could not “pull the plug” on voting sites and did not have the time to renegotiate contracts one by one. DM