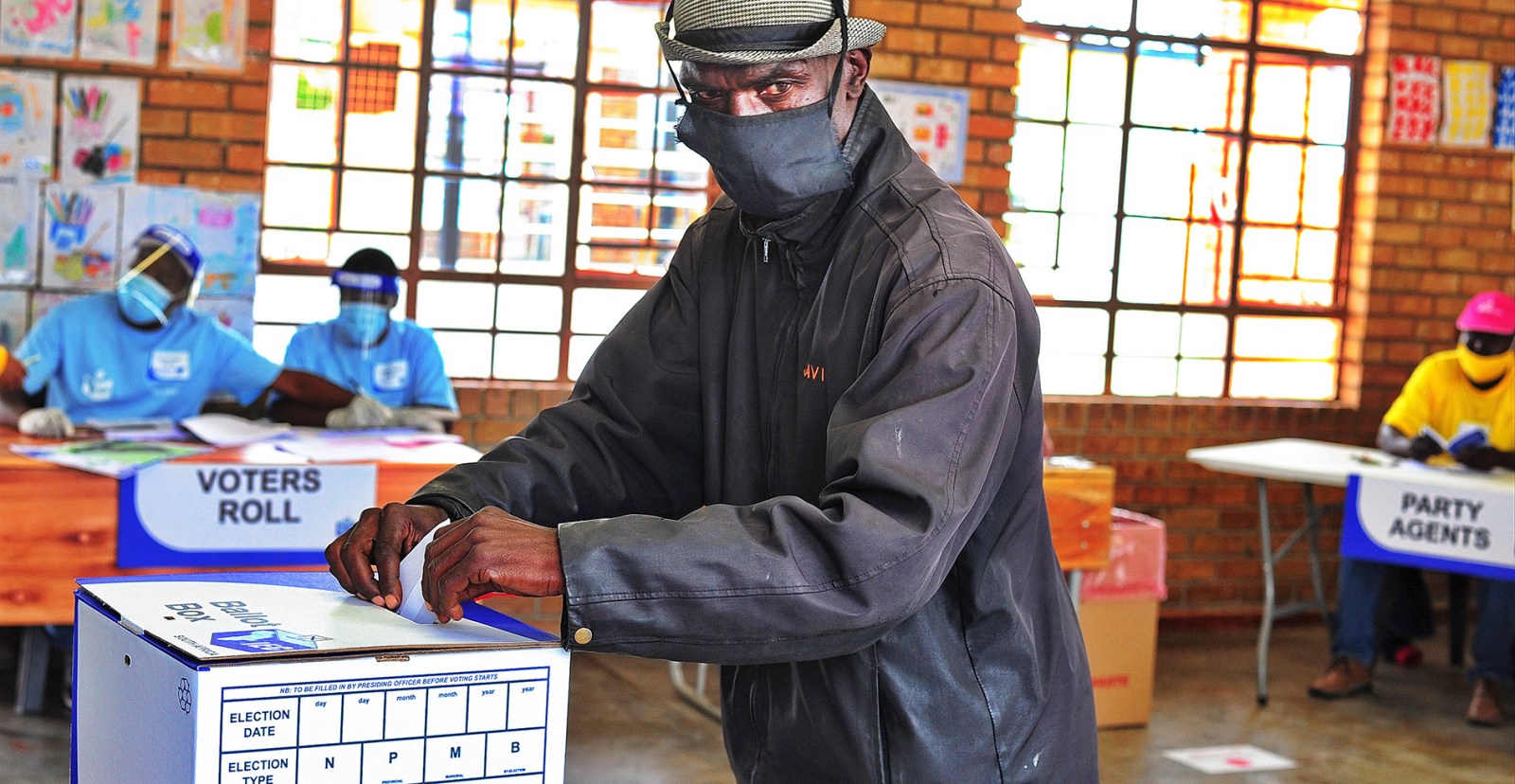 Donors also have the option of applying for anonymity through the IEC, and if nothing else, those who are subsequently targeted in some manner after their disclosures are made public will be able to show that the disclosures are being used as a hit list of sorts. (Photo: Lucas Ledswaba/Mukurukuru Media)

The Political Party Funding Act has recently made headlines for its supposed adverse effects on the ability of political parties to cover their running costs. But is this really the problem?

Robyn Pasensie joined My Vote Counts in 2020 and is the Political Party Funding Researcher. Sheilan Clarke joined MVC in 2018 and is the Communications Officer. She has also worked at various media houses and civil society organisations.

Recently the African National Congress (ANC) has had issues paying its staff and has identified the PPFA as one of the contributing factors for its financial woes. ANC spokesperson Pule Mabe announced that the party is relying on crowdfunding and will sell its assets to pay outstanding salaries.

The PPFA has only been in effect since 1 April, but political parties are already crying foul over what appears to be the unintended consequence of receiving fewer private donations in the wake of the new law.

However, is the PPFA really to blame for the financial mismanagement of political parties and are there other ways of funding politics in South Africa?

How are political parties funded?

Our recent history has shown how deeply rooted corruption is. The PPFA is a beginning. Its objective is not necessarily to curb corruption and its effectiveness cannot be judged on this.

Here, too, is the necessity of the PPFA.

It thus becomes crucial for political parties to look to the PPFA not as a punitive instrument meant to stifle democracy, but in fact the opposite.

While there may have been a dip in private donations to political parties, this does present an opportunity for parties to wean themselves off the teat of private money that nourishes narrow interests in party politics. Political parties should be free to continue to source private funding; it should just be done in a way that does not unduly influence our politics and, by extension, the policies and decisions that affect all our lives.

A shift away from a reliance on private funding is also an opportunity to shift to collective ownership of political parties. This shift can be facilitated by both the Represented Political Party Fund and the Multi-Party Democracy Fund. The key feature of the Act is that it makes provisions for these two funds which dole out public and private funds respectively. Because of the two funds, represented parties have access to both private and public funding.

Private funding as regulated by the PPFA sets out which private donations are acceptable or prohibited and imposes a threshold amount for disclosure.

Prohibited donations include those from foreign donors unless for skills and policy development, and the Act caps these foreign donations at R5-million in a single financial year. All other private donors will be capped at donating R15-million in a single financial year. These amounts were carefully deliberated and agreed upon by political parties during the parliamentary process for the Act in 2017 and 2018.

The Represented Political Party Fund (RPPF) provides funding for political parties represented in the national and provincial legislatures and is funded through the National Revenue Fund with public funding.

The money is allocated according to the following formula:

On the other hand, the Multi-Party Democracy Fund (MPDF) is meant to provide funding to parties from private donations made to it. It encourages people to donate in the name of democracy and fair competition rather than in line with party allegiance. The MPDF needs a minimum of R1-million before it can be allocated, and it is dispersed according to the same formula as the RPPF.

Both funds are managed and disbursed by the Electoral Commission.

It was discouraging to note that in the wake of the first disclosures, it was revealed that only one donation was made to the MDPF. While the proportional nature of the allocation from both funds means that parties with greater representation in the national and provincial legislatures will receive more money, it nonetheless begins a move toward stimulating greater competitiveness especially among smaller opposition parties, facilitated by the PPFA.

The secret weapon here is the MPDF which could be the way in which we achieve the ideal of collective ownership and which could serve as a practical way out of a politics captured by private interests. Our focus should perhaps be on garnering more public input into funds such as the MPDF to plug the hole left by private donors no longer willing to donate.

Given the concerns of an unequal playing field and dominant party politics edging out other political competitors, these funds are crucial in creating a robust multi-party democracy. These funds are also an important move away from the heavy reliance on private donors, something that may account for the financial pinch the ANC is currently experiencing.

What could be happening here?

Political parties are like businesses in the sense that they need capital to execute their functions and duties. This includes paying support staff across the country, maintaining and paying for offices including constituency offices and funding election campaigns.

However, like not-for-profit organisations, the ability to do this depends largely on external funding. Businesses typically do financial forecasting for the year ahead and this usually includes salaries for current and future employees. With the Act only coming into effect at the start of the new financial year, it is possibly premature to point to the implementation of the law as the reason for a party having financial troubles of the magnitude mentioned by the ANC.

However, one can recognise the apprehension that donors may have had knowing that their donations would be up for scrutiny. This concern is perhaps twofold in that it carries the concerns of reprisal and reputation.

It is likely that donors who make large contributions to political parties (especially opposition parties) may be fearful of reprisal in the form of government blocking them from tenders, for example. While this concern may be valid, the alternative that hollowing out our democracy continues unrestricted is one we should not accept. Instead, we must look toward a new political culture that does not favour narrow interests.

It is merely one piece of what should be an ongoing attempt to create a robust transparency framework for our politics.

Donors also have the option of applying for anonymity through the IEC, and if nothing else, donors who are subsequently targeted in some manner after their disclosures are made public will be able to show that the disclosures are being used as a hit list of sorts.

If political parties are reliant almost exclusively on private funding, then this is an opportunity to shift focus. It also demands that political parties be efficient and economical in how they use their money. This at least creates the impression of a political party that is unencumbered by material interests and is instead interested in the business of serving the people.

Public perception can go a long way to curry favour with ordinary people who may be willing to part with their money.

Good financial management is important for voters to see how well a political party can prioritise and achieve its goals, especially as it pertains to the concerns of voters. This is one of the main reasons why South African politics sorely needed the Political Party Funding Act; to help act as a framework to source funding that will be used appropriately.

To look at the Act as hindering the sourcing of private political party funding is thus not completely factual. It does create a set of do’s and don’ts as with any regulation, but it does not disallow private party funding altogether.

It allows funding from donors who are meant to have the best interests of South African voters in mind, and encourages political parties to share that same interest. It also enhances transparency, accountability and a change in culture.

The Act is also one way to begin to look at alternatives of party financing that include a mix of public funding through the state and funding by the general public into funds such as the MDPF.

Although it is too soon to begin a proper analysis of the impact of the Act on the South African political landscape, we must continue to call for deeper transparency and accountability in our politics. DM/MC