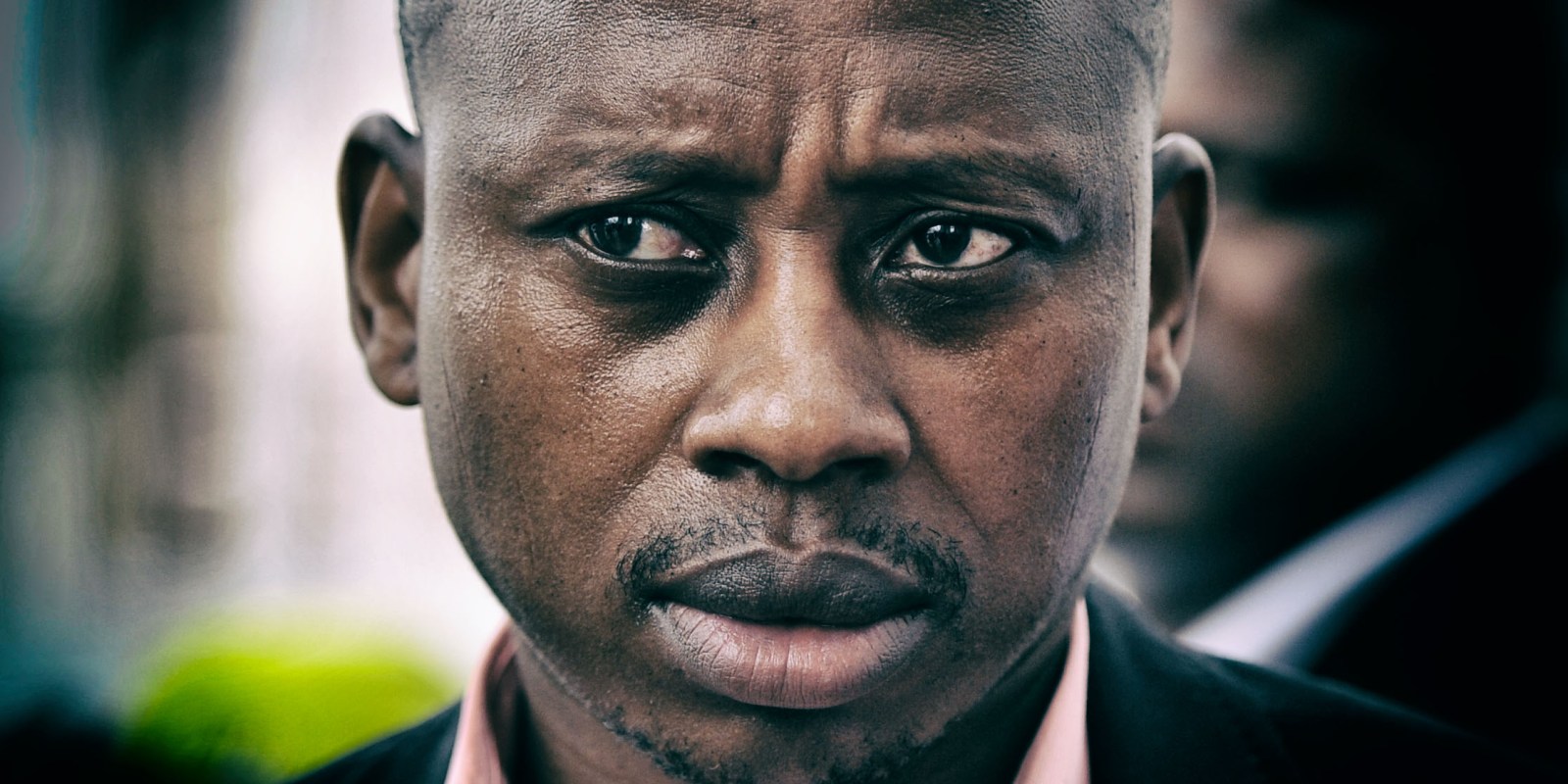 Considering the political dynamics in the ANC, it is likely that the disciplinary mechanisms could be important in the near future. The bad news is that they appear fatally flawed, as the latest, puzzling, gentle treatment of Andile Lungisa reveals.

While the ANC says that it is on a path towards renewal, and is currently promising voters that this is the case, there is little evidence that its disciplinary machinery is working towards this in the real world, beyond slogans and PR messages. Instead, there has been a series of cases which appear to show that ANC politicians who are implicated in wrongdoing are able to get away with it. Andile Lungisa’s case brings this into sharp relief.

It is clear that one of the major problems facing our society is a near-catastrophic lack of accountability. Despite the evidence heard at the Zondo Commission, no one has yet been convicted of corruption that occurred during that era. Yet, there are public demands for people to be put in “orange overalls” and to be held legally accountable for their alleged crimes.

The ANC under Cyril Ramaphosa’s leadership has consistently said that it is aware of this problem.

It is partly because of the anger from voters that it instituted the “step aside” resolution that saw people charged in criminal cases having to step aside from their positions of leadership, both in the party and in government.

However, just forcing people facing charges to step aside is surely not enough. If people are guilty of wrongdoing, the party surely has to deal with them. If this is not the case, then why did it so resolutely expel Julius Malema?

On Sunday, it was announced that the ANC’s National Disciplinary Committee (NDC) had overturned the suspensions of former ANC Nelson Mandela Bay councillor Andile Lungisa and three others in the region.

Lungisa has served two months in prison for the assault on a DA councillor, Ryno Kayser, in the council chamber in Nelson Mandela Bay. The assault, which was caught on video, clearly shows Lungisa picking up a glass jug and breaking it on Kayser’s head.

One of the arguments Lungisa made was that he should not be suspended because it would amount to double jeopardy and that he would be punished twice: by having to serve a jail term, and by being suspended by the ANC.

While this argument was not considered by the panel (more on why in a moment), it is incredible that such an argument could ever be taken seriously. If a person is guilty of an assault, surely that is more than enough reason to remove them from an organisation. Which company in the private sector would be able to keep a person in a leadership position after they were found guilty of assault? Would workers not demand that they be removed from their management position? The endpoint of this argument could easily be that someone found guilty of corruption, or even murder, should not be suspended as an ANC member because they had already been punished.

It is likely that Lungisa will not be the last to make this argument, as ridiculous as it may be. Strictly speaking, the argument also equates the ANC with the court system of South Africa, which is nonsense.

However, the panel decided, even before it considered that argument, that it would uplift the suspension of Lungisa and the three others.

This was because, as the judgment put it, “After examining the documents in detail, the NDC was not satisfied that some members of the PDC [Provincial Disciplinary Committee], who participated in the disciplinary hearings of the applicants, were properly appointed to serve in that structure.”

The national panel also found that there were political tensions involved in the appointment of the provincial panel. Thus, it did not consider Lungisa’s arguments, including his “double jeopardy” claim.

The ruling in Lungisa’s case follows a similar finding in the case of former North West premier Supra Mahumapelo.

There, he and others were suspended from the ANC by the disciplinary machinery in North West. And there the National Disciplinary Panel also found that the provincial machinery was lacking.

This was an important decision, as Mahumapelo has been a central figure in North West for years. For him to be suspended, and for that to be overturned on technical grounds, was a decision of great political significance.

And then, in March, the NDC also upheld appeals by former Gauteng health MEC Dr Bandile Masuku and former Presidential spokesperson Khusela Diko. They had been suspended from the Provincial Executive Committee of the ANC in Gauteng. The NDC overturned that decision.

After the huge scandal of PPE procurement in Gauteng, and the fact they were both seen as publicly involved in it, this was also a significant moment.

Why is the NDC making these findings? Key to this is the people on it.

In some ways, this panel may look politically balanced in terms of the factions in the ANC.

In the Lungisa case, all of the members agreed with the decision (Mboweni was not present for the proceeding; as the decision puts it, he “did not attend hearing but subsequently agreed” – one wonders what would have happened if he had not attended the hearing and subsequently not agreed…).

That said, it is difficult for the ANC to explain how Muthambi can be considered to be a person with the legitimacy to make decisions about disciplinary issues.

Government spokesperson Phumla Williams told the Zondo Commission that Muthambi tried to fire her when she was communications minister because she wanted to “steal at all costs”.

It was Muthambi who appointed and protected Hlaudi Motsoeneng at the SABC; she unilaterally tried to overrule decisions of the ANC’s own communications committee on digital terrestrial television, and interfered in SABC editorial decisions. She also worked closely with the Guptas.

Unfortunately, the problems with the ANC’s disciplinary machinery do not end there.

The chair of its National Disciplinary Committee of Appeal is Nomvula Mokonyane.

Again, it was the Zondo Commission which heard damning testimony about how she benefited from Bosasa. When she was finally removed from the position of water and sanitation minister, the person who succeeded her, Gugile Nkwinti, said the department was “a mess”.

And it is a mess with long-term consequences.

Other people on that appeals panel include Zweli Mkhize (who finally resigned from Cabinet over the Digital Vibes scandal) and Siyabonga Cwele (who was the minister of state security while his wife was engaged in and later convicted of trafficking in drugs, and at a time when Jacob Zuma badly damaged SA’s intelligence capabilities).

Considering the political dynamics in the ANC, it is likely that the disciplinary mechanisms could be important in the near future.

Just as the expulsion of Malema was a political and legal process (presided over, in the end, by the then chair of the National Disciplinary Committee of Appeal, CM Ramaphosa) so there will be more cases in the future.

On the evidence provided in the recent past, it appears that the party is not able to deal with the cases that will come before it.

This may well raise significant doubt as to whether it can really renew itself. If it cannot punish, suspend or expel those guilty of wrongdoing, then how can it heal itself? DM