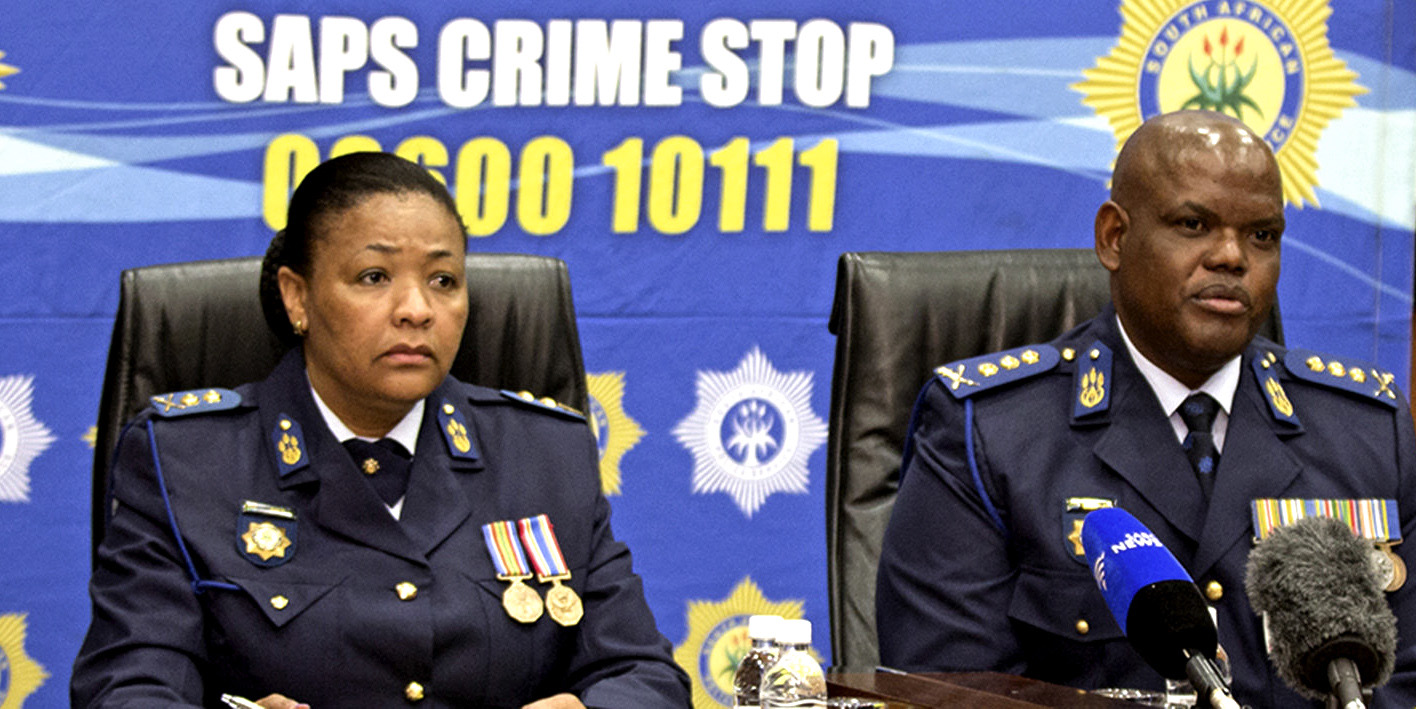 Court freezes R2.3-million in assets of former Lieutenant-General as Investigative Directorate goes after proceeds of corruption.

It was in these meetings back in 2017 that Democratic Alliance Scopa member Tim Brauteseth dropped a cargo of bombshells about various SAPS procurements which resulted in millions lost over years in supply chain management irregularities.

On Wednesday 8 September 2021 the Gauteng Division of the High Court granted a restraint order in favour of the Investigating Directorate (ID) for the attachment of R2.3-million against Shezi, former SAPS Technology Management Services chief.

The matter, said the ID, formed part of “a broader investigation by the ID into corruption at SAPS Technology Management Division. More Prosecutions against Shezi and others can be expected.”

While unrelated to Shezi’s matter, there are interlinking loops that will no doubt be exposed in due course in pending criminal matters to be heard in court and after further arrests.

The restraint order was granted in terms of section 26 of the Prevention of Organised Crimes Act 121 of 1998 and was served on Shezi’s legal representative.

It was obtained against Shezi, her sister, Mathilda Khoza, as well as her nephew businessman, Tshepo Khoza and his businesses Black Rebel Projects (Pty) Ltd and Grey Apple Trading Enterprise (Pty) Ltd.

It also prohibits Mathilda Khoza’s husband from dealing in any manner with property unless authorised to do so.

In a statement, ID spokesperson Sindisiwe Seboka said that the assets had been restrained pending the outcome of the criminal trial in the Regional Court in Pretoria. The accused are all facing charges of fraud, corruption and money laundering and will return on 4 October 2021.

Shezi’s grift began in 2015 when she bought a property, had it partially demolished and rebuilt.

“The renovation project amounted to R1,677 573.47. Because she was short on funds, a service provider of the SAPS, Jerenique Bayard, made payments towards the renovations of the property to the tune of R793,059.75,” the ID found.

Back in 2017 Brauteseth had metaphorically door stopped SAPS at Scopa when he produced a photograph of two beaming SAPS members, a Colonel Arendt and a Brigadier Masuku of the supply management department, posing in Manchester United branded shirts and taken on a trip to Old Trafford.

The photograph, said Brauteseth, situated Keating and Bayard, in that instance, with the SAPS members and he was keen to learn whether the jaunt might have been a reward by FDA for the awarding of the contract by SAPS to Unisys about six months earlier.

Bayard was a project director at Unisys at the time. It supplied, through Keating’s firm FDA, millions of rands’ worth of forensic equipment to SAPS. Some of this equipment and software was procured through SITA (State Information Technology Agency).

The trips, football tickets and the visit to Manchester United, it was alleged, were an inducement by Bayard for Shezi’s Technology Management Services to favour Unisys and, by extension, their subcontractor, FDA.

These are ongoing and longstanding investigations into contracts that have put the safety of SAPS and in some instances South Africa at risk.

The ID says its investigations showed how Shezi’s renovations were further “financed by means of the unlawful facilitation through approvals or recommendations of contracts to Black Rebel and Grey Apple”.

Every single contract value had been inflated and processes manipulated “to facilitate the desired outcome, namely, the awarding of the contracts to Black Rebel and Grey Apple”.

“In granting these contracts to Black Rebel and Grey Apple, they received the proceeds of crime totalling R962,250.

“This amount is made up of R486,000 and R476,250 (the value of two contracts awarded to Black Rebel and Grey Apple, respectively. Of the R962,250 Tshepo [Khoza] and/or his companies contributed to the renovation of the property.”

Black Rebel and Grey Apple had both made payments to Mathilda Khoza of R162,000 and R50,000 respectively. In turn she had contributed R211,000 to the renovation of the property by making payments to Shezi.

The breakdown of benefit of all the accused, as well as the sum of the restraint order, totals R2,368,307.74 and was summarised as follows:

The return date for the confirmation of the restraint is 7 December 2021. DM