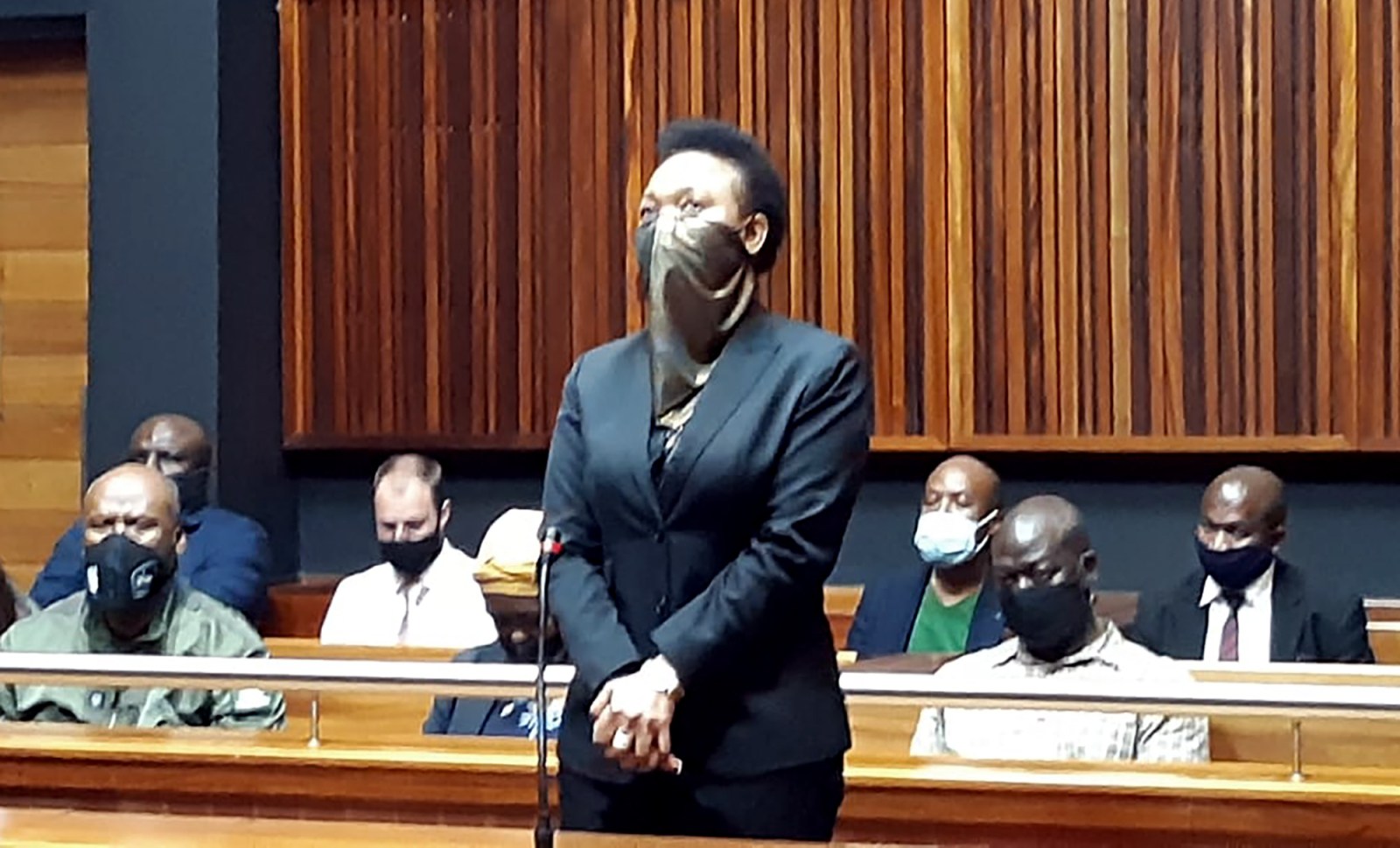 Lieutenant-General Bonang Mgwenya was arrested in a pre-dawn raid on her home in Johannesburg on Monday and appeared in the Palm Ridge Magistrates’ court. She was released on R20,000 bail.

The top cop is being charged along with 14 fellow officers, including her boss, former acting SAPS national commissioner, Lieutenant-General Khomotso Phahlane.

Businessman Vimpie Manthatha, owner of Instrumentation for Traffic Law Enforcement, is appearing with the cops for defrauding the state in a blue lights and sirens tender scam.

Mgwenya was the first woman to occupy this senior position in the SAPS and until her arrest was regarded as a pioneer in the organisation.

Just the other day, Mgwenya, in full uniform, represented the SAPS and spoke at the funeral of the highly decorated Anti-Gang Unit Section Head, Lieutenant-Colonel Charl Kinnear, in Cape Town on 3 October.

In the dock in court on Monday, she was dressed in civilian clothing.

Mgwenya had been handed a letter of suspension by National Commissioner Khehla Sitole in 2019 on another matter.

She had subsequently made representations as to why she should keep her top job after an allegation that she had abused her position to fast-track a learner’s driving licence for her son.

Mgwenya has served 33 years with the SAPS and joined in 1986, shortly after matriculating from the Mathibela High School in Bushbuckridge.

Rising through the ranks, in 2009 she served as then SAPS national commissioner Bheki Cele’s COO in the Office of the National Commissioner. Cele did not advertise the post or interview any other candidates. Mgwenya earned a reported R1-million a year in the position.

Mgwenya was “redeployed” from Cele’s office back to the SAPS where she was appointed deputy national commissioner in 2016, the year Phahlane restructured top-level management within the SAPS.

Four years later, many of those promoted find themselves accused of serious criminal charges and for defrauding the state and the people of South Africa.

Mgwenya and her co-accused will appear again on 16 November. DM