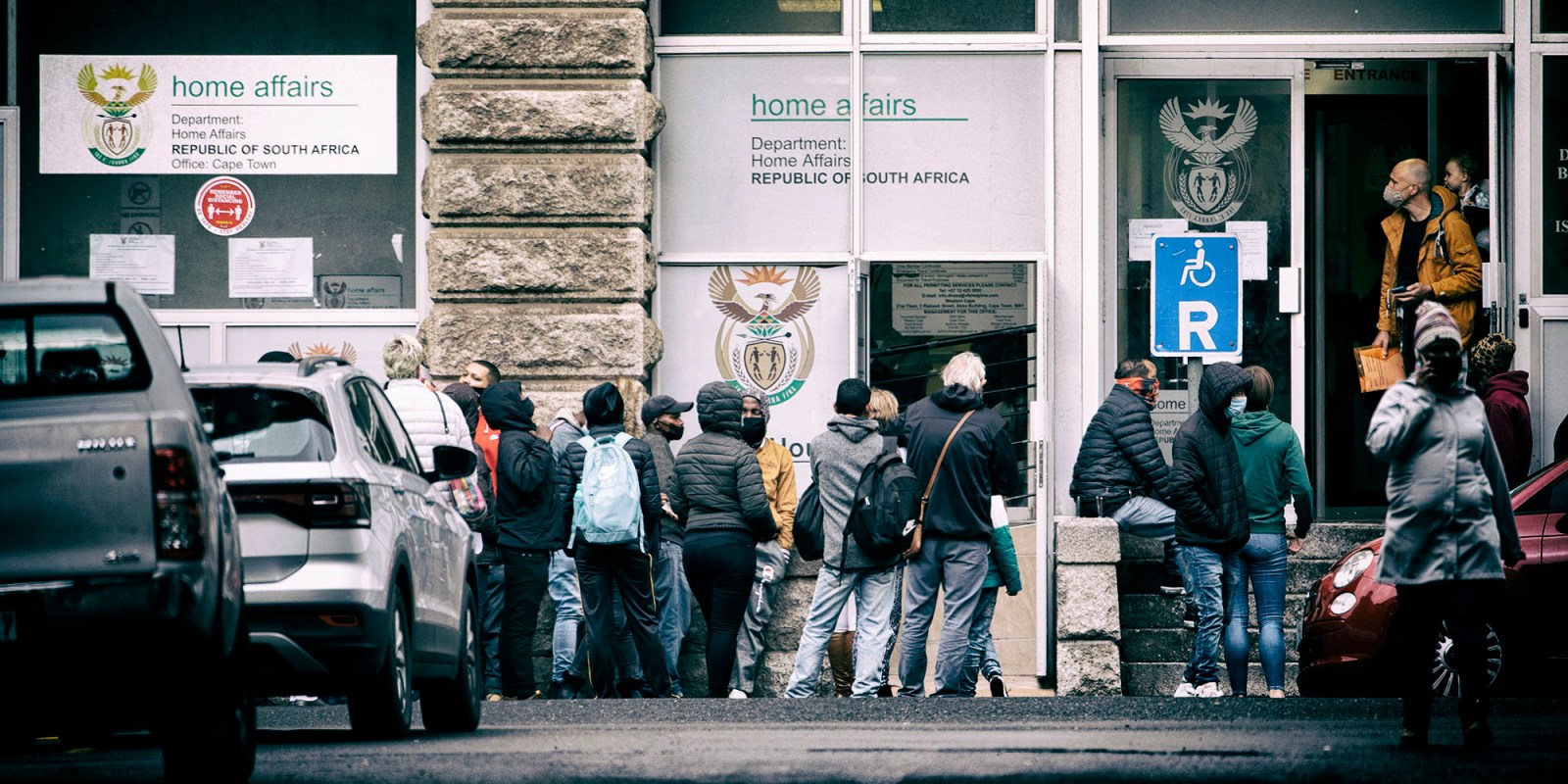 The Home Affairs minister has tried to make it easy for the arts and culture minister by even supplying the recommended charges. “You don’t escape disciplinary proceedings by going to different departments,” Home Affairs Minister Aaron Motsoaledi told MPs on Tuesday.

Disciplinary steps against officials who had failed to do due diligence and verify the accuracy of information on which the 2015 early naturalisation to Ajay Gupta and family were part of the remedial actions, according to the Public Protector report published on 7 February 2021.

Malusi Gigaba, home affairs minister at the time, was cleared of abusing his statutory discretion to grant early naturalisation – the focus fell on officials – but he was busted for failing to table the names in Parliament as is required by law.

No names were mentioned during Tuesday’s parliamentary home affairs committee meeting, but the ministerial reference to the director-general was clear, as was the Public Protector report that named former home affairs director-general, now Arts and Culture Director-General Vusumuzi Mkhize, as being among a handful of officials involved in the Gupta naturalisation debacle.

Mkhize remains in the top echelon of the public service – unlike former home affairs DG Mkuseli Apleni, who in July 2018 left for the private sector.

“We have started disciplinary proceedings against officials named in the Public Protector report. One of the officials is deceased,” Home Affairs Director-General Tommy Makhode confirmed to MPs. “We are on course to finalise that matter.”

The relevant officials had been approached for their responses to the Public Protector report and its recommendations for remedial action. And Home Affairs is getting assistance with the chairperson and initiator for the proceedings from the office of the State Attorney as “some of the people involved are SMS [senior management service]”.

Later, Motsoaledi reconfirmed the suspension of five officials over the irregular residence permits issued to Pastor Shepherd Bushiri and his family. This came to light after he skipped bail in a R100-million-plus money laundering case and fled to Malawi.

No permanent residence permit applications have been processed since March 2020 when the Covid-19 State of Disaster was first declared. In June 2021, Motsoaledi gazetted that the processing of applications would resume on 1 January 2022.

Daily Maverick has reported that this suspension has left ordinary permanent residence applicants in limbo, with their daily lives being severely affected. Read here.

The backlog in applications stands at 33,700, according to Home Affairs, and pressure is on as the Presidency has prioritised a policy and regulatory review for skilled immigration. Read here.

On Tuesday it emerged that, aside from this regulatory and policy review that brings together Home Affairs, Labour and Employment, Trade, Industry and Innovation and Higher Education, Motsoaledi has established a review of permits issued since 2004.

“We are looking into everything that is a permit since 2004,” said Motsoaledi, listing permanent resident permits, “corporate permits, especially in mining”, study permits, business visas and retirement visas.

This task team is headed by former Presidency DG Cassius Lubisi and is expected to submit its report by the end of 2021.

This comes on the back of a whole host of legislative reviews and potential changes which ultimately could include a one-stop law to encompass civics like IDs, births, marriages and death certificates, immigration matters like visas and permanent residency and refugee affairs.

It looks increasingly implausible for Parliament to meet the Constitutional Court’s June 2022 deadline for the new electoral law. The average time Parliament takes to adopt a law is two years.

Motsoaledi told MPs the matter was still with the legal unit, and he anticipated that “when it comes back from the legal unit, it’s just my gut feeling, their advice will be to amend” that section of the Immigration Act.

All that is a lot going on.

As part of the Jacob Zuma administration’s legacy, Home Affairs since 2017 is part of the security cluster in government, alongside defence, police and state security. The decision to shift Home Affairs out of the governance Cabinet cluster was taken in 2016, as a Cabinet statement on 1 March 2017 reaffirmed Home Affairs’ repositioning “within the security system of the state so that it contributes to national security…”

In 2017 Home Affairs released a 31-page discussion paper which weaves together national security, the authority of the state, managing identity and matters economic – including the department raising its own funds by leveraging, for example, identity verification services. Read here.

On Tuesday Motsoaledi confirmed Home Affairs as central to the security cluster during the briefing to MPs on what the department calls counter-corruption and security, effectively anti-corruption measures that includes working with police and Hawks to bust syndicates.

Because in disciplinary proceedings civil servants were “prone to making each other favours”, Motsoaledi said he welcomed Public Service and Administration putting together a panel of retired judges for disciplinary hearings. “There’s no chance of anyone trying to bribe them.”

The CCMA also seemed to spark frustration; Motsoaledi outlined how the commission had ordered the reinstatement and back pay of a junior employee who had released illegal immigrants about to be deported.

Banks also came in for a ministerial drubbing. They may say they want to fight corruption, but they make it difficult to get information by citing client confidentiality, said the minister.

No MPs asked whether such difficulties were not perhaps a case of Home Affairs not getting its ducks in order – it was a very conciliatory committee meeting.

Not a word was said about the Constitutional Court judgment that the electoral law must allow independent candidates to contest provincial and national elections. MPs of the home affairs committee were meant to have been briefed in late August about the ministerial task team looking into such changes and new legislation, but that meeting was postponed.

It looks increasingly implausible for Parliament to meet the Constitutional Court’s June 2022 deadline for the new electoral law. The average time Parliament takes to adopt a law is two years.

On Friday the parliamentary home affairs committee will be briefed by the Electoral Commission of South Africa on its readiness for the 2021 local government elections. DM