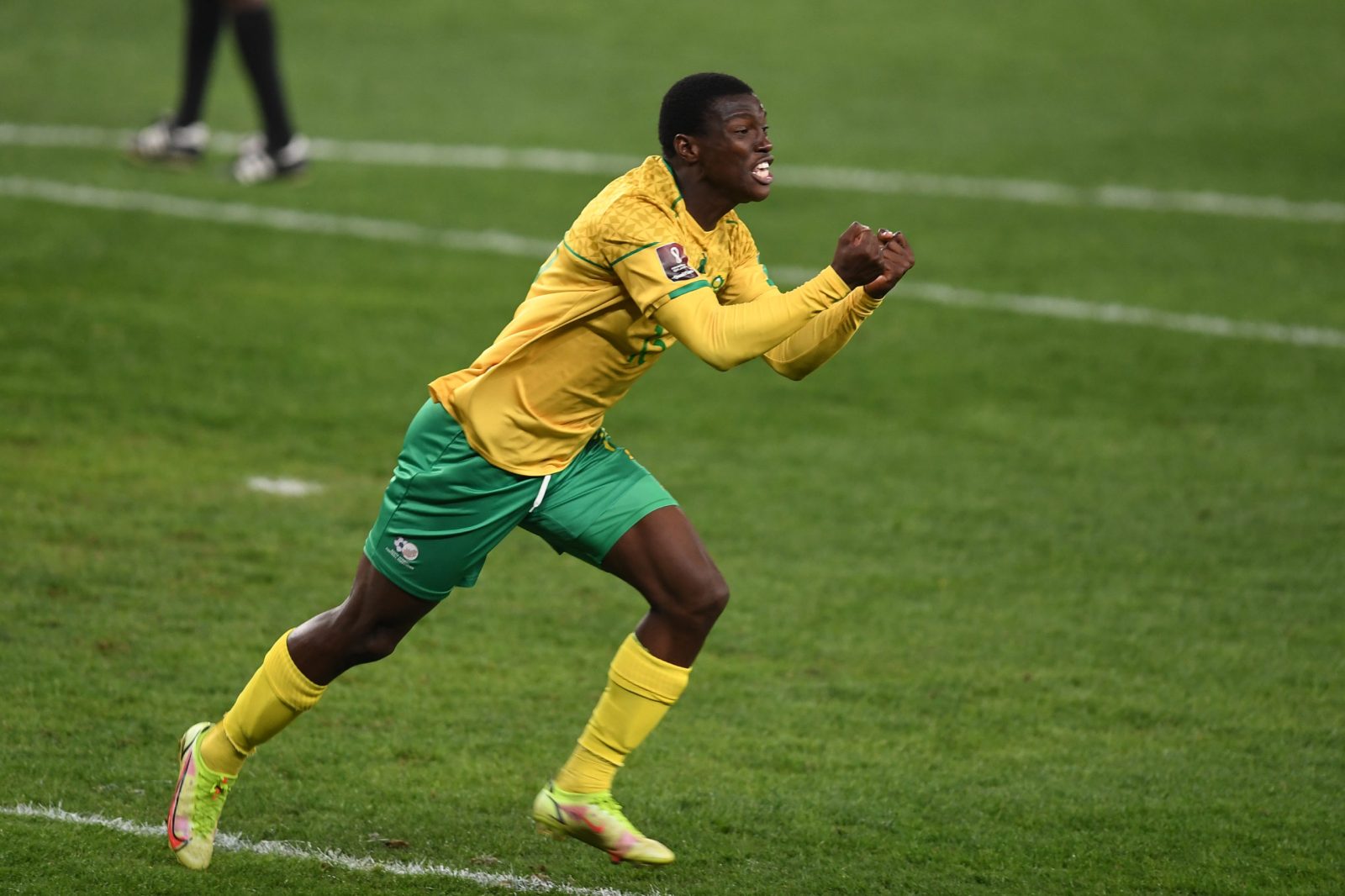 Bafana set out to win four points from their two opening Fifa World Cup qualifiers. After drawing against Zimbabwe and beating Ghana, they achieved exactly that — much to the satisfaction of coach Hugo Broos.

They had to fight their nerves and some impotence in front of goal, as well as dubious officiating. However, Bafana Bafana started off their 2022 Fifa World Cup qualifying campaign just as they had set out to.

South Africa followed their 0-0 draw away to Zimbabwe on Friday with a scrappy 1-0 win over group favourites Ghana on Monday evening at the FNB Stadium in Johannesburg.

With those results, they surged to the summit of Group G, one point ahead of the Black Stars of Ghana after two games.

Zimbabwe can match Bafana’s points haul if they win away against the other nation competing in the group, Ethiopia, on Tuesday afternoon — although it will be a tough ask for the southern African nation.

“I’m very proud and happy of what I saw today from my team. We’ve made great progress in one week,” said Bafana coach Hugo Broos after the match

“When I saw my team playing Zimbabwe, there was no confidence, no determination, no belief in themselves. But what I saw today… I saw a team with confidence that played a very good game. There was the will to win. If we go on like this and make progress like we did this week, we will see where we will be at the end of the race.”

The game began with Ghana attempting to assert their dominance and the home side looking somewhat shaky. The visitors pressed Bafana whenever the opportunity arose, pinning them back in their own half and trying to force errors from the defenders.

After riding that wave of sustained pressure, Broos’s charges grew into the game and eventually began playing with the confidence of a home side. This was particularly true of Maritzburg United starlet Bongokuhle Hlongwane.

The 21-year-old, who was one of two changes from Bafana’s drab draw against Zimbabwe alongside fellow youngster Ethan Brooks (for Gift Links and Luther Singh), ran at the Black Stars defence every time he received the ball on Bafana’s left wing.

Hlongwane will have left a particularly bitter taste in the mouth of Ghana right back Abdul Fatawu Mohammed, whom he frequently bested in the first half, although the fullback managed to keep the youngster relatively quiet in the second stanza.

That is, until Hlongwane crept into the box to tap in a cross drifted in from the right by midfielder Teboho Mokoena. The ball trickled into the back of the net in slow motion with seven minutes left on the clock, sparking jubilant scenes from the Bafana bench, undoubtedly inspired by relief more than anything.

Relief because South Africa had a few opportunities to take the lead in the lead-up to Hlongwane’s eventual decider.

With 31 minutes gone, a Mokoena free kick forced an awkward save from Ghana’s Richard Ofori, with the rebound seeing Mothobi Mvala volley off target as he rushed his shot when he had time and space to control and pick a spot or a teammate.

A few minutes later Bafana talisman Percy Tau nodded the ball into the back of the net from a sumptuous Nyiko Mobbie cross, but it was incorrectly overruled for offside.

All this will be of no consequence though, as the South Africans went on to register that crucial goal, as well as their first victory against the Black Stars in seven games. Before, they had drawn four and lost two.

A definite highlight from Broos’s first two official games in charge will be that on top of achieving the target of four points they had set out for, they kept two clean sheets.

The result will be a major confidence booster for Broos’s young team, who have a double header with Ethiopia in a month’s time. Similar results in those matches will place them in prime position to finish at the summit of the group and move on to the next qualification phase. DM