Disinformation in a time of Covid-19: Manufactured outrage and the trivialisation of rape 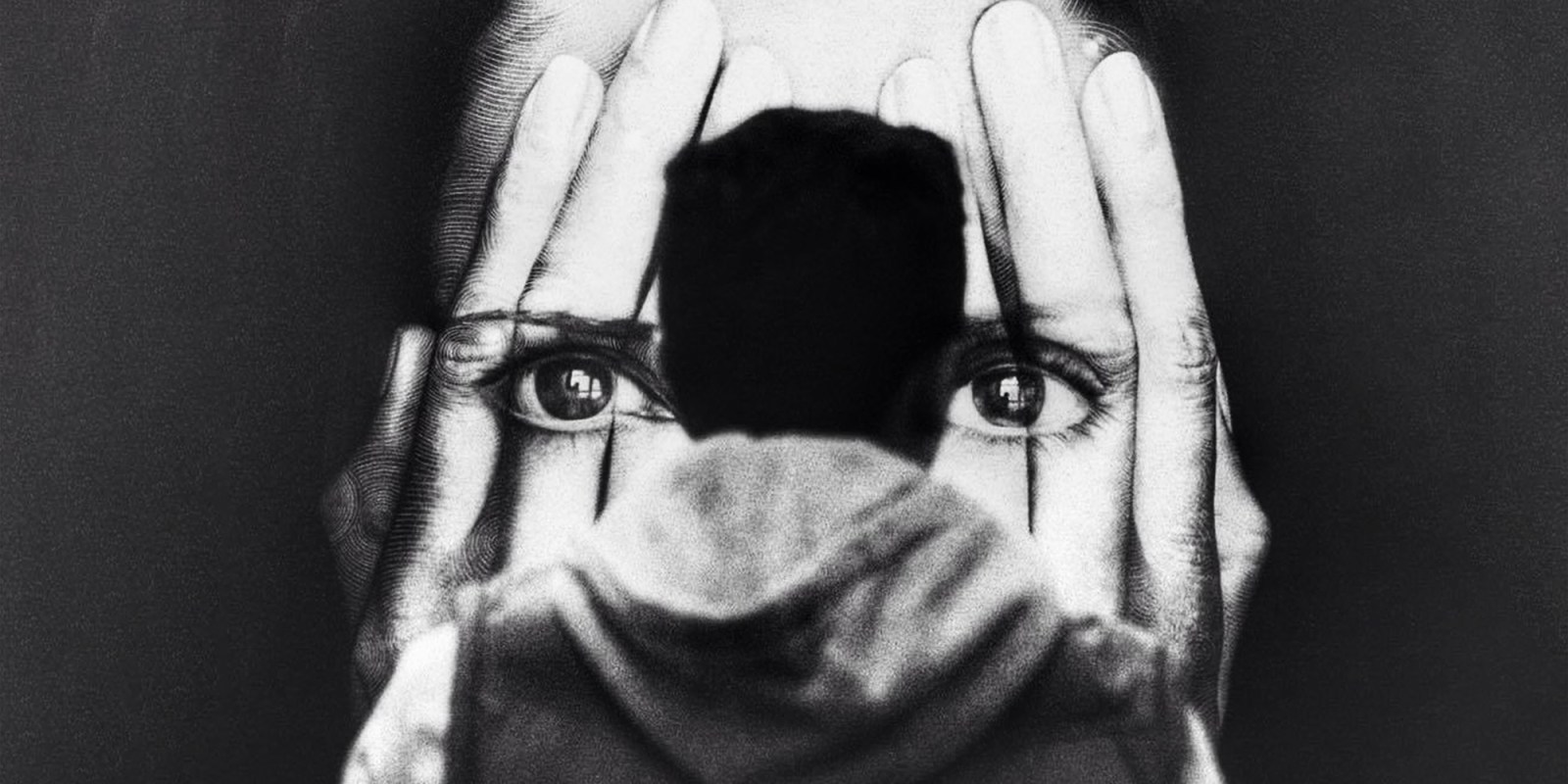 There are several problems with ‘outrage’ as a technique for attention. The first is that we have so much to be outraged about in South Africa and we cannot be outraged about everything all the time. Those that do, tend to be even more traumatised and will inevitably experience outrage fatigue.

Real411 has been receiving complaints related to four categories of digital harms since March 2020. Since then, we have seen complaints relating to hate speech, xenophobic content, racist content, incitement to violence and a diverse range of disinformation. One of the most common types of “action taken” from the Real411 outcomes is the distribution of counternarratives to these digital harms. This is often met with hostility and defensiveness from those guilty of distributing content that falls into the category of digital harm.

Often, putting content on social media that has a clear direction and purpose means that at some point you will be attacked by trolls. Just this week, one of the more common trolls attacked us, saying we were “spreading globalist ‘human rights’ propaganda”. It’s easy to ignore the ignorant and spiteful. But every now and then they outdo themselves, not just with their denial of reality but the extremes to which they are prepared to go to meet their manufactured outrage. This week we look at manufactured outrage and outrage fatigue and their relationship to disinformation.

In previous pieces we have looked at how disinformation tends to feed anxiety, fear, anger and outrage. One of the common methods for doing so is to link an issue to a freedom. Some have referred to wearing masks as an assault on individual freedoms.

“The right to bodily integrity and autonomy is the most fundamental of all human rights – and these tyrannical politicians have infringed upon it, claiming that it is necessary to somehow stop the spread of Covid-19. The mask policy is also a massive medical experiment with unknown long-term consequences.” (Letter to Tampa Bay Times.)

We also see the use of the word “tyrannical” and calling mask-wearing an experiment with unknown long-term consequences. It’s an extraordinary leap to go from protecting yourself and others to an assault on individual liberties, but the language seeks to drive anger and outrage in the hope that the absence of logic is glossed over. The approach is concerning not only because it seeks to shift attention away from the obvious question as to how wearing a mask is an infringement on bodily integrity, but seeks to stoke anger, and to avoid questioning and rational thought.

There are several problems with “outrage” as a technique for attention. The first is that we have so much to be outraged about in South Africa and we cannot be outraged about everything all the time. Those that do, tend to be even more traumatised and will inevitably experience outrage fatigue.

The second challenge with outrage is the litany of issues competing for our outraged attention. We often get outraged by things that are relatively unimportant or simply misguided. A person cuts in front of us while driving and we may be ready to kill them! Not really that big of a deal. A child begs for food, and we might politely smile and say no or offer some food or change. The reality is a child or indeed an adult should not have to denigrate themselves like that, but some problems are easier to fix than others, like homelessness and unemployment.

Disinformers like to manufacture outrage about things for which they seem to offer easy solutions, even if it is a big issue. For example, “Vaccines don’t work; they will kill you in two years,” or “They implant you with a microchip to control you”, “They are about the subjugation of the human spirit”, “They rob us of our freedom!!” None of those statements are true, yet they manufacture egregious lies for outrage with the idea that their solution is STOP THE VACCINES. Sounds easy, but doesn’t solve anything. What it also does is shift our attention away from other issues which we should be outraged about.

Why did those anti-mask, anti-vaxxer people get outraged enough to march to a hospital? Their time would have been more usefully spent highlighting the reality that 41% of black women in South Africa are unemployed. The people who carry our nation. There is an issue to be outraged about.

The third problem with outrage is that because there are so many things to be outraged about, for issues to gain our attention they need to be even more outrageous than the other ones. The danger with that is that it sets an increasing spiral of outrage and trauma and inevitably the disinformers shift our focus away from real issues to imagined ones where they run the risk of not just outrage fatigue but an inverted spiral of trivialising real issues.

A recent example was the tweet by Panda (since deleted) which sought to dress up outrage in some kind of serious debate/discussion. The tweet posed these questions, suggesting all of us should start having these discussions: “Is the invasiveness of the PCR test and the injection an initiation rite? Is it like rape? Does it symbolise the subjugation of people to the ideologue?” 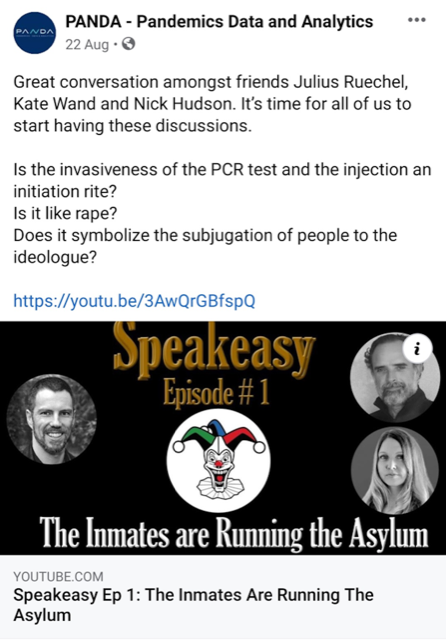 Leaving aside the initiation comparison, the use of rape as a comparator is an extraordinary claim. What they want us to compare is the “penetration” of a rather uncomfortable nasal swab with non-consensual sexual assault. The comparison is insulting. Presumably, this is done to shock us all into thinking this is part of a grand plan of subjugation (that certainly seems to be the intent in the video the tweet is linked to). In reality, of course, what it does is to trivialise rape.

Trivialisation is a common technique often used in Holocaust denial, justifying racism or justifying rape culture. When we first saw the post both of us weren’t sure what to say or how to respond. There was anger, but our response was difficult to frame. It makes sense though as a perfect example of cognitive dissonance: holding two competing and different ideas at the same time. Cognitive dissonance isn’t unique to the post, or even to disinformers; it is often part of our existence as people.

For example, South Africa is an incredibly beautiful country, but it is also filled with horrors of grinding poverty and inequality and violence. Holding those two realities is a cognitive dissonance and it often requires trivialisation to make sense of them.

In the current instance, however, by seeking to pose the question as part of serious debate we are being asked to assume that a PCR test is a clear violation of fundamental rights to dignity, privacy, bodily integrity and equality – as rape is. The problem, however, is that unless you subscribe to the conspiracy theory, we are left instead seeing rape being trivialised to make sense of the cognitive dissonance.

Trivialisation doesn’t just undermine the seriousness of the crime of rape, it demeans and belittles rape survivors’ experiences. As if to say, “I have had three PCR tests, it was like being raped three times.”

The tweet isn’t potentially just a piece of disinformation, stirring fear and confusion, it is also demeaning and feeds rape culture. It is not surprising the tweet was deleted, for it lifted the veil on the crass technique used to manufacture outrage.

We need people to stand up and act against those who seek to exploit fears, those who display no compassion who seek to heighten fear. You can help by reporting digital harms to Real411. It won’t stop disinformation, but it may reduce the spread and cause less harm. It is critical that we all play our part in combating and mitigating these digital offences. If you suspect that content you come across could potentially be disinformation, hate speech, harassment of journalists or incitement to violence, report it to Real411. To make it even more simple, download the Real411 mobile app.

Again, we remind you: We are approaching that magical period where political parties need to show us that they care, so in addition to asking what they will do in your area, ask them to issue one public statement a month in the lead-up to elections that highlights and condemns any attacks on our journalists AND then to demonstrate what action they took to help combat that. If they are edgy or push some other bullshit agenda don’t vote for them because they don’t believe in democracy.