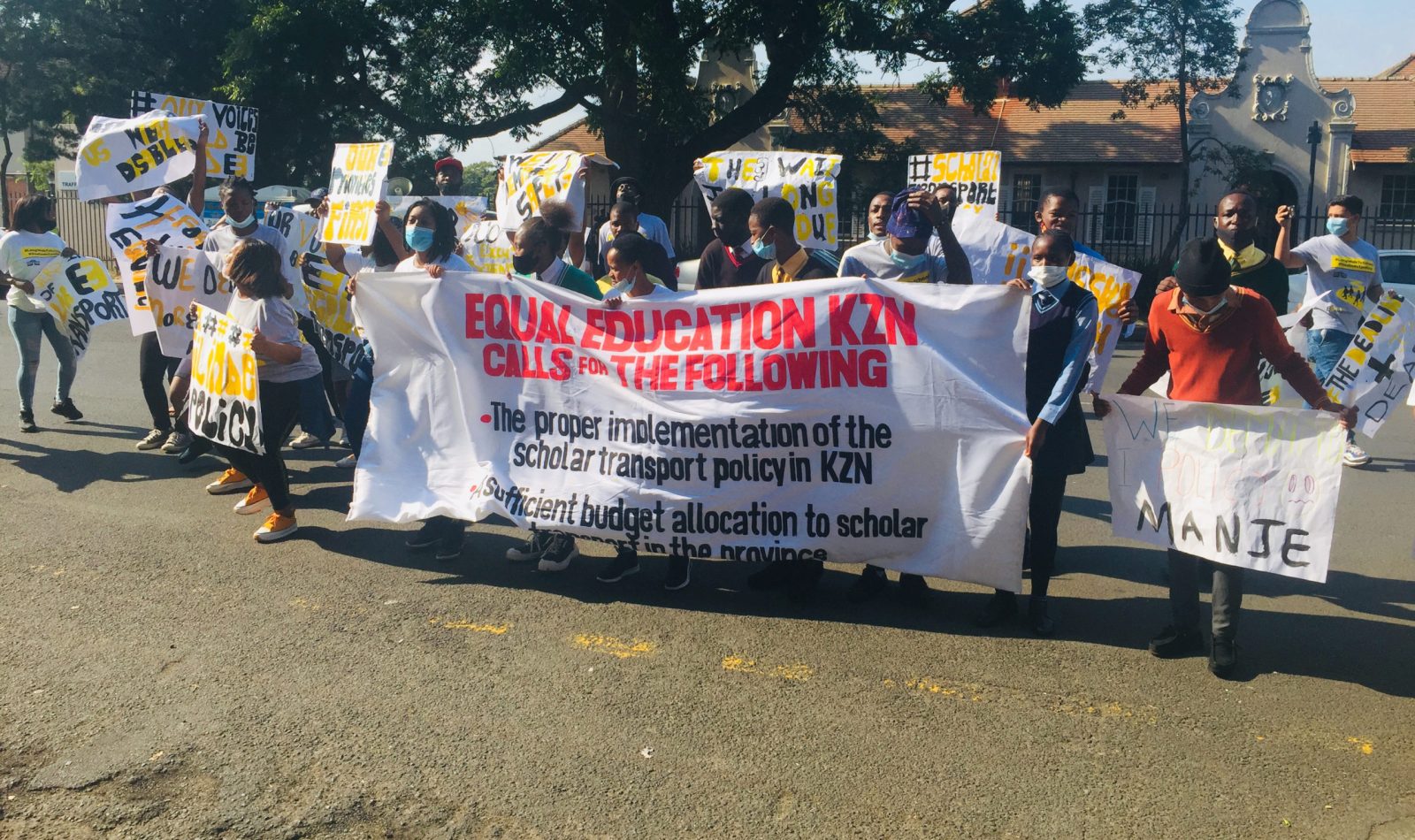 The KwaZulu-Natal departments of Education and Transport have released a long-awaited Learner Transport Policy which clarifies the criteria for providing school transport to learners in the province.

Equal Education (EE) and the Equal Education Law Centre (EELC) said this was a victory after seven years. In a statement on Wednesday, they said the provincial departments of Education and Transport “have at last applied themselves to addressing the need for safe, reliable, government-subsidised learner transport across the province”.

GroundUp reported in April on a picket outside the education department’s offices in Pietermaritzburg by learners and members of EE who were demanding that the Policy be released. EE said more than 370,000 learners qualified for scholar transport in the province but there was no clear policy.

In October 2019, the department again promised to release the policy by January 2021 and again failed to do so. The organisations were surprised last month to discover that the policy had already been approved by the KZN cabinet in June 2021 and has been in effect since 1 July.

“Our #LongWalkToSchool campaign has its roots in the experiences of EE learner members attending schools in Nquthu, KZN, who testified to walking punishing distances on foot to and from school, often over difficult and dangerous terrain in severe heat or rain, and vulnerable to theft and sexual assault,” EE said.

“The policy mentions deadlines and time frames around certain areas. For example, it outlines that principals should determine whether learners require transport and identify these learners by the end of the third term. The criteria for learners with disabilities is comprehensively detailed, to ensure that learners with disabilities, who attend both public ordinary schools and public special schools, are properly considered and provided with transport,” said EE.

“The criteria for prioritising schools has now been detailed in the final policy.” DM