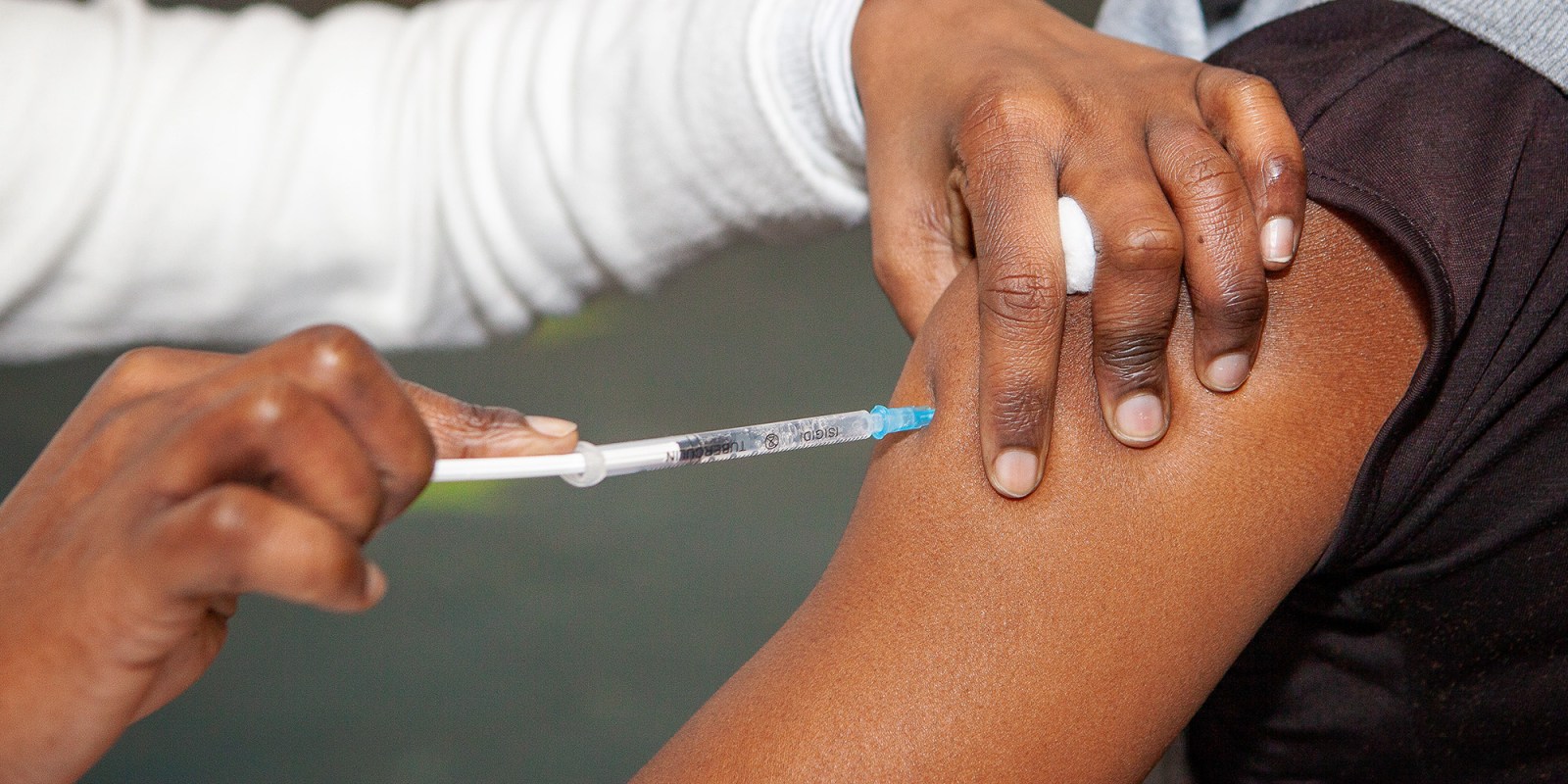 Government can avoid the overwhelming of health services and minimise death in an anticipated fourth Covid-19 wave in November/December by getting 90% of people in South Africa over 35 years old vaccinated before then. Life could then return to normal by Christmas, even with ongoing Sars-CoV-2 circulation, contends vaccinologist Professor Shabir Madhi.

Speaking to Spotlight last week, Professor Shabir Madhi, Dean of the Faculty of Health Sciences at the University of the Witwatersrand, said the quickest way to reduce severe infection and death would be to primarily target people above 35, including those with underlying conditions — immediately. “Extending vaccinations to the 18 to 35-year-old group won’t prevent another wave in November and December. If we want to return to a normal lifestyle, it’s not about counting the numbers vaccinated daily, or progressively vaccinating each age group downwards. We need to get 90% of those above 35, especially those above 50, vaccinated, he added.

Speaking on a recent webinar together with top bioethicist, Professor Ames Dhai, Vice-Chair of the Ministerial Advisory Committee for Covid-19 Vaccines, he was highly critical of what he labelled the government’s belated and “inadequate” Covid-19 education and awareness campaign, saying it contributed to growing vaccine hesitancy and disinformation, with pseudo-science taking hold. Spotlight followed up with both Madhi and Dhai after the webinar.

Both said government has failed in communicating a single, clear, well-crafted message about Covid and vaccination, resulting in a free-for-all with disinformation and confusion spreading rapidly. Both were adamant that healthcare professionals who express harmful views on Covid vaccination should be brought to book. They said the Health Professions Council (HPCSA) was failing dismally in its legislated task to guide the professions and protect the public, keeping a very loud silence when it should act to prevent harm.

Added Dhai, “We should not allow our personal beliefs and convictions to cloud our judgment when it comes to sound objective management of patients.”

Madhi said another contributor to growing vaccine hesitancy was the summary removal of experts from the Ministerial Advisory Committee on Covid-19 whenever their views diverged from the official line.

Dhai agreed, saying that with at least 40% of the population unemployed, expecting people to spend R40 taxi fare to get to a vaccination site when the money could rather be spent feeding their children was a major barrier.

Asked about the potential role of mandatory vaccination, Dhai said it was “sad but necessary” that the government was moving to introduce this in the workplace when a proper communication strategy would have left vaccination voluntary.

She said studies by the Human Sciences Research Council, (HSRC), the Medical Research Council, (MRC), and the Department of Science and Innovation, exposed major gaps in vaccine literacy, trust (and thus a lack of vaccine uptake), and a dire lack of individual and community agency.

“We need to stop pussyfooting around. The funding was there for communication, but it was misspent. It’s OK to make vaccination mandatory in the workplace, but unfair to impose it on the general population when there’s been a huge economic collapse, worsened by Covid-19, that has impacted agency,” she added. The government had a duty to ensure functional literacy first.

Existing studies also showed a high degree of unsubstantiated fear around vaccination and its side effects, with distrust in scientists and the government and much greater trust in frontline medical workers, to whom she appealed to take the time to educate people.

“A mandatory part of the conversation ought to be vaccine literacy for our patients. Take a few minutes more and engage with them on why they should take the vaccination,” she pleaded.

Madhi hit out at those who blamed Covid-19 vaccination for death and adverse events saying the South African Health Products Authority (Sahpra) had investigated 28 reported cases so far — with not one linked to inoculation.

“Things happen after vaccination. People have pre-existing conditions and many may be infected but asymptomatic when they’re vaccinated at the peak of the resurgence, which could progress to severe Covid-19 a few days later. It’s completely coincidental. You could get knocked down by a bus after being vaccinated and some would blame the vaccination,” he said.

He said swabs taken at the time of the peak of the first wave when healthy asymptomatic volunteers were enrolling into the AstraZeneca vaccine trial found 15% of those injected tested positive for Covid-19, only discovering their infection status when given the results a day after being vaccinated.

“When being vaccinated at the peak of the resurgence, one in ten are probably infected by the virus, most of them asymptomatic — it’s been a big thing in Gauteng and probably now in KwaZulu-Natal as they approach their infection peak,” he said.

Madhi called for a single booster dose of Pfizer for healthcare workers who receive the single Johnson & Johnson (J&J) dose. He says that this is likely to confer much higher immunity against mild disease, as suggested by studies of the AstraZeneca vaccine followed by the Pfizer vaccine. Increasing protection against infection and mild Covid in healthcare workers not only provided individual protection but also reduced the chances of them infecting others in the hospital who might be immune-compromised and not fully protected against even severe Covid despite having been vaccinated. He argues that with adequate security of vaccine supply, this can be immediately embarked on without their being ethical issues around equity.

Dhai differed with him, however, saying it was a moral imperative to get as many doses into as many arms as quickly as possible, especially those people with lower incomes and less access to vaccines. Using up supplies on boosters could leave lower-income people vulnerable.

“We can talk about boosters once we’ve got as many jabs into as many arms as possible,” she said.

She disagreed with Madhi about using Pfizer as a second jab for people who have received the Johnson & Johnson vaccine, saying there was currently insufficient data to support this — while supporting his view that healthcare workers were critical to prioritise. “We need data to inform boosting with Pfizer and there is none available at present regarding dosage, timing, immunogenicity, or safety. Also, we need regulatory discussions on this. There’s a difference between an expert opinion and good data,” she added. DM/MC

*This article was produced by Spotlight — health journalism in the public interest.