WORD ON THE STREETS 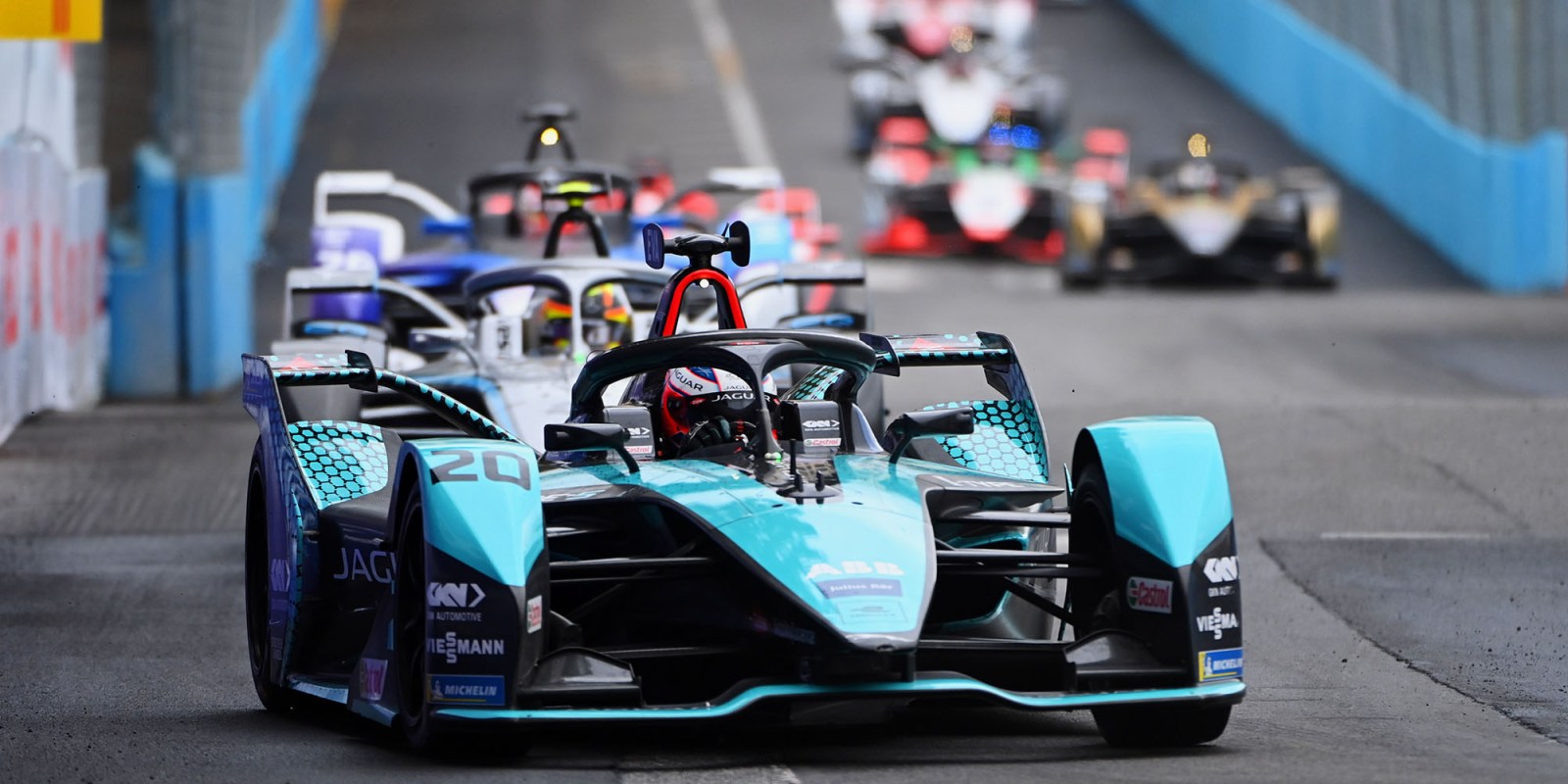 In trying to be ‘world class’, there is concern that the city may be hoodwinked by a slick sales pitch.

The electric version of the Formula 1 Grand Prix — Formula E — will be racing around the streets of Green Point and Mouille Point in March next year, and the City of Cape Town is ponying up R48-million to make it happen.

The budget to support the event and make the streets surrounding the Cape Town Stadium suitable for the race through widening certain sections, levelling intersections, and creating pitstop areas was passed by the city council on Thursday, 19 August. The motivation for the city’s support of the event, which features 24 electrically-powered race cars zooming around Green Point, was that it will revive the tourism and events industry which has been depressed by Covid-19 restrictions, and inject about R1.4-billion into the local economy.

The Formula E race, scheduled to take place in March next year, will be run by e-Movement, which obtained a partnership with Jaguar South Africa and in 2019 submitted an unsolicited bid to the City of Cape Town to host the event. Following a feasibility study that sets out the track along existing roads around the Cape Town Stadium, which will have to undergo alterations, the city has agreed to undertake the necessary roadworks.

In a press statement released prior to the motion being passed by the council, Mayor Dan Plato said the event would identify Cape Town as Africa’s racing destination and “unlock major investment, job creation and tourism potential”.

Plato believes the event “offers major potential to local business and will be a huge attraction” for residents. The R44-million to be spent on making the roads suitable for the race will be offset by a boost of about R1.4-billion to the city economy, as evidenced by Hong Kong’s experience in hosting the race.

Speaking at the council meeting, Mayco member Jean-Pierre Smith said the tourism and hospitality sector had been devastated by Covid-19 lockdowns and restrictions, and it was “imperative we get this industry going again and this is the perfect event to do that”.

Smith believed it would attract domestic and international visitors who would spend “a lot of money, a lot more than if we took this meagre amount of money and spent it on jobs in the city”.

He viewed the civil works to be conducted as “upgrades” which would be permanent in a precinct that “has not had a meaningful upgrade since 2009”.

The report to the council seeking approval of funds for the event states the race is “a great way to get people excited about the possibilities of engineering and technology”.

The report goes on: “By racing through the streets, the championship acts as a catalyst, helping to refine the design of electric vehicles and improve the driving experience of everyday road users.”

There will also be an e-mobility festival showcasing electric vehicles, an art fair, a celebrity and corporate golf tournament hosted by Ernie Els, a climate change summit and a concert during the event, set to occur over several days.

ACDP councillor Grant Haskin noted that the money spent on altering roads in Green Point would be pulled from roads and transport projects in other parts of the city. This includes R4-million from Heideveld and R1.15-million from the Jakes Gerwel N1 and N2 interchanges.

“Communities that are disconnected from this event elsewhere in the city will have to wait a further year or two or three before the roads they use every day will be upgraded in preference for an event held for three or four days once a year,” said Haskin.

He noted that the city’s chief financial officer states in the report that there is a likelihood of cost escalations, and these should be brought to the council before additional expenditure is incurred.

The plan before the council shows certain streets to be used for the race, such as Fritz Sonnenberg Boulevard, need to be widened. The plan shows that after the event plastic bollards would be used to reinstitute a cycling lane. However, Open Streets Cape Town managing director Kirsten Wilkins said this was a downgrade as at present there was a cycling lane with a landscaped buffer and kerb between cars and cyclists. Removing the plants and replacing them with plastic bollards would put cyclists “back in the traffic”.

She also questioned whether this was the best way to spend R44-million to benefit Capetonians.

“I would like to have seen more investigative work done on what that R44-million could do for citizens in terms of mobility,” she said. As an example, a proper study on the benefits of a contiguous cycling lane from the Metro South area to the city centre might find benefits comparable to the presumed influx of money the Formula E event would bring.

“What benefits would accrue if investing that R44-million for the urban poor, to enable people to cycle from Gugulethu to the city centre, for example? What would the knock-on effect be on people saving on the money they spend on taxi fare per month?”

Ross Douglas, the founder and CEO of Autonomy Paris, the world’s biggest urban mobility event, poured cold water on Plato and Smith’s assertions that the event would underscore Cape Town as a world-class city and invigorate electric vehicle adoption and industry in the city.

Douglas said European cities were eschewing electric vehicles and embracing the concept of the car-free city. They realised electric vehicles were not the solution to global heating. “The end of car ownership is the answer.”

He said particulates from car tyres are the second biggest source of microplastics pollutants in the oceans, and in South Africa electricity used to charge the vehicles was largely from coal, which undermined any effort to reduce carbon emissions.

Paris, London, Berlin and Helsinki were moving away from global events, investing in startups, and creating the “15-minute city” in which everything residents needed was within a 15-minute walk.

He said big international event companies were “sneaky” in selling themselves to insecure cities such as Qatar, Abu Dhabi and Cape Town, and figures such as a R1.4-billion boost to the local economy were fed by the sales team. He was doubtful Cape Town, being a long-haul destination, would get the returns it hoped for.

Local company Cape Town Grand Prix South Africa (CTGPSA) believes the city has shown a “blatant disregard” for a fair and open bidding process when it came to hosting the Formula E race.

CTGPSA had approached the city about hosting a Formula 1 Grand Prix in the Green Point precinct for the first time in 2007 and official endorsement was turned down in 2010, although a detailed proposal and business plan were invited for consideration, according to CTGPSA spokesperson Esther Henderson. This included plans for the racetrack, which has been copied in large parts by e-Movement’s submission, raising questions about theft of intellectual property.

Henderson said CTGPSA approached the FIA in 2018 about the rights to host the event in Cape Town. She said the FIA indicated it would put out a tender and CTGPSA started preparing its submission and contacted the Western Cape government for support, with the next step being to garner support from the City of Cape Town.

But then they were blindsided by the city’s press conference in June 2019 announcing support for the e-Movement consortium.

“We didn’t realise there was a competitor,” said Henderson.

She said they then secured a meeting with a city official in August 2019 and although endorsement was not offered, they were led to believe they would be part of a fair and transparent bidding process, which never took place.

She said CTGPSA was also told the city would not contribute any money to the event, but was now putting R48-million behind it for e-Movement.

Attempts to contact e-Movement were unsuccessful, but in council Smith said CTGPSA had not been considered because it had not submitted an events application. DM

Ross Douglas’s comments have been adjusted to more accurately reflect his views, and correct the original error that the FIA were responsible for marketing the event to the City of Cape Town. The date for the Formula E event is set for February 2022, not March 2022 as originally reported.