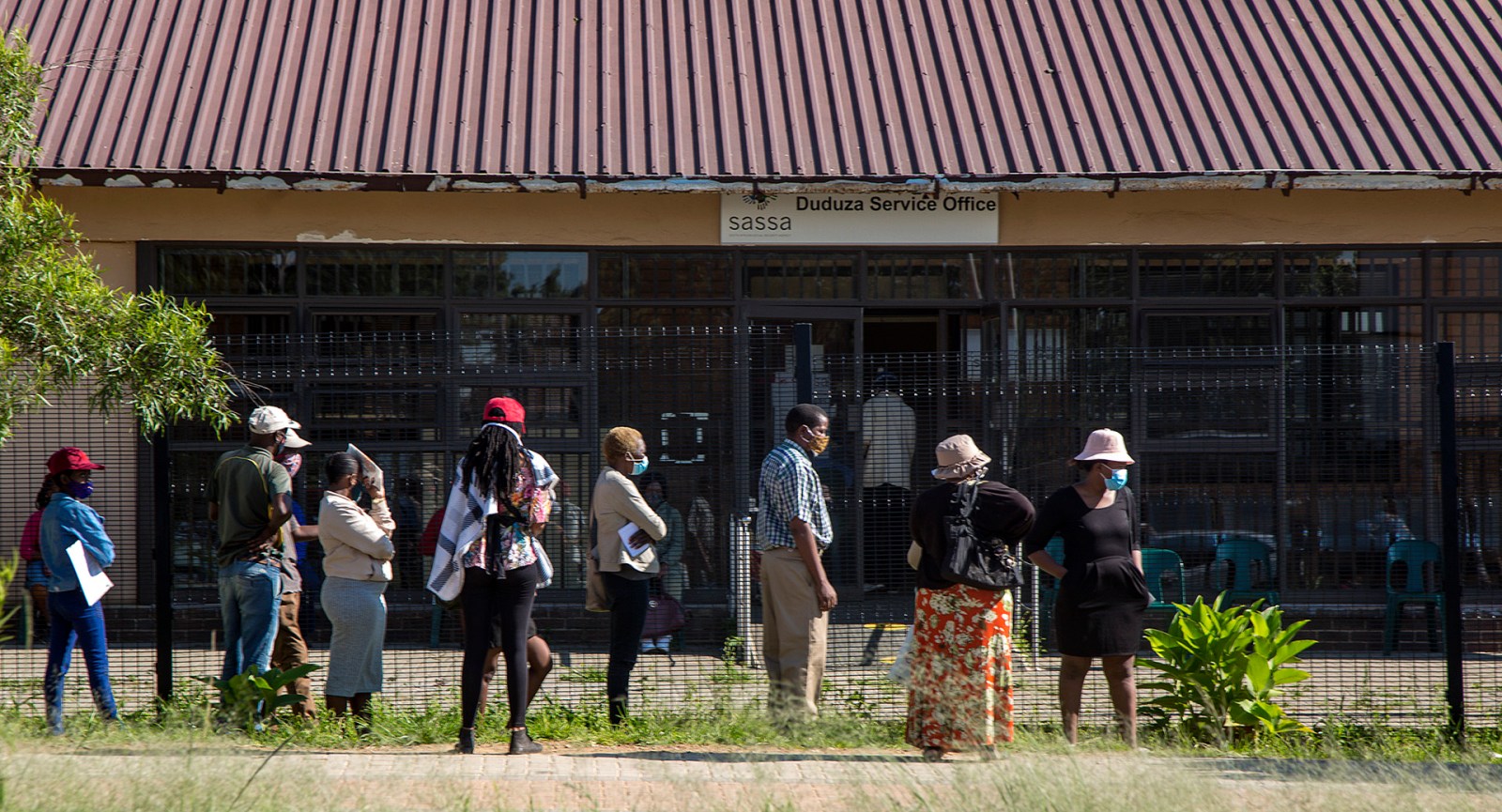 Poverty and unemployment are out of control, especially for young people. With more than 19 million beneficiaries, the social security grants system is also not sustainable from a cost point of view. The system has a budget allocation of R250-billion if additional Covid-19 grants are added. What are the options or supporting possibilities?

Professor Daniel Meyer is a lecturer in the College of Business and Economics, University of Johannesburg. He writes in his personal capacity.

Even before the Covid-19 pandemic emerged at the beginning of 2020, the South African economy was already in a recession, with consecutive quarters of negative growth. The negative and low economic growth environment has a negative impact on tax revenue and job opportunities.

The social security system has been in place for more than two decades and it seems to help the poor survive, but it does not allow people to exit the poverty trap. There are five main social grant categories in South Africa: the Old Age Pension Grant, the Disability Grant, the Child Support Grant, the Foster Child Grant and the Care Dependency Grant. In 2000, about 3.9 million South Africans, out of a total population of 44.5 million, received one of these grants, equal to 9% of the total population.

By 2019 the number of total beneficiaries escalated to 18.2 million people, an astonishing 31% of the total population. The increase in the number of beneficiaries was 19% annually from 2000 to 2019. The rapidly growing levels of unemployment have placed immense pressure on the social grants system. It is predicted that an additional one million people have been added to poverty since the start of Covid-19.

The child support grant category is the largest, with 13 million beneficiaries currently. This situation requires urgent attention. These numbers exclude adults above 18 years who are unemployed – an estimated 10.3 million.

To put this in perspective, government debt repayments are also 10% of total budget spending. In comparison, spending on tertiary education is 5%, the entire health system is 12%, and all economic development affairs are only about 10%. Is the current social grants system effective in alleviating poverty, and is it financially sustainable?

Some commentators believe the grants only keep people satisfied in poverty but do not lift them out of it. The system has positively contributed to supporting poor and vulnerable people to survive and acts as an income redistribution tool. It also allows for limited improved access to essential services, contributes to higher levels of consumption and savings, as well as to enhanced livelihoods. The grants seem to have some positive economic and social impacts.

The system is criticised for encouraging dependence on the state, abuse and spending of money on non-essential goods and services, grants used to buy votes, and increasing numbers of teenage pregnancies to obtain child grants.

What are the options, and what is the opportunity cost of the budget spent on social protection? Could the funding be more effectively allocated to positively affect poverty, unemployment and inequality in South Africa?

From the above analysis it is clear that poverty and unemployment are out of control, which is especially true for young people. With more than 19 million beneficiaries, the social security grants system is also not sustainable from a cost point of view. This system has a budget allocation of R250-billion if additional Covid-19 grants are added. What are the options or supporting possibilities?

One certainty is that the country cannot continue on this path of rising poverty, unemployment and, linked to that, a culture of dependency for grants and social welfare support. People need to find income through jobs and get out of the poverty trap.

If the total number of social security grant beneficiaries and the unemployed are combined, 29.3 million people out of a total population of 59 million – or 50% – need financial support. This situation has also reached crisis limits. Currently, only between 11% and 13% of the working population are paying tax with an income above the tax threshold, and there is evidence of this tax base diminishing as high-income residents leave the country due to the already high tax rates, to seek better opportunities abroad.

The number of social security beneficiaries needs to be reduced as a percentage of the population. This could be possible through various initiatives such as rapid economic growth. A basic income guarantee policy programme is proposed for working-age people 18 to 65 who are unemployed. In South Africa, 10.3 million are unemployed. A considerable portion of the workforce is not productive and is a major risk for uprisings.

A basic income grant could be linked to the upper-bound poverty line. This amount is R1,227 per month, which is much lower than the minimum wage of R3,500 and will still incentivise people to rather work.

New Finance Minister Enoch Godongwana believes that especially those aged between 18 and 35 need to work and not be dependent on the government through grants. Youth unemployment has also risen out of control – from 28% to 63% between 1995 and 2021. The amount required to support the unemployed could range between R150-billion and R200-billion per annum.

The basic income grant will have to be funded through a VAT increase, a possible wealth tax (although tax rates are already too high compared with other countries), redistribution of the budget from other government departments such as education and health, and more loans (this is also problematic because government debt is also at the point of getting out of control).

People should not be allowed to be on the basic income grant for more than three years. It is proposed that an Expanded Public Works Programme (EPWP) for young people be implemented as a public-private partnership. Young people could then work for three days a week while receiving skills training on the other two days. This should include technical and IT training. The process could also include an internship and mentorship programme.

The “Youth Brigade” EPWP jobs should include environmental clean-ups such as alien trees and litter, maintenance of infrastructure such as fixing roads and rail lines, teaching and assistants at clinics and hospitals.

Jobs are the cornerstone of the economy and society. They allow for the achievement of life goals and dignity, and create a feeling of worth and dignity. Large-scale job creation is only possible through high levels of economic growth, which must be inclusive.

On the other hand, rising unemployment will eventually lead to an economic and social welfare revolution. Young people who are able to work need to be looked after. Among the many factors preventing job creation, highly restrictive labour regulations are among the main ones. It is proposed that some are relaxed to allow a more flexible labour market.

The war on poverty could be won if economic opportunities were more accessible; people had improved and appropriate skills to compete in the labour market; they had a stable income with access to good basic essential services; had access to decent housing and assets; and if the government ensured an enabling environment was created for business and community success. DM