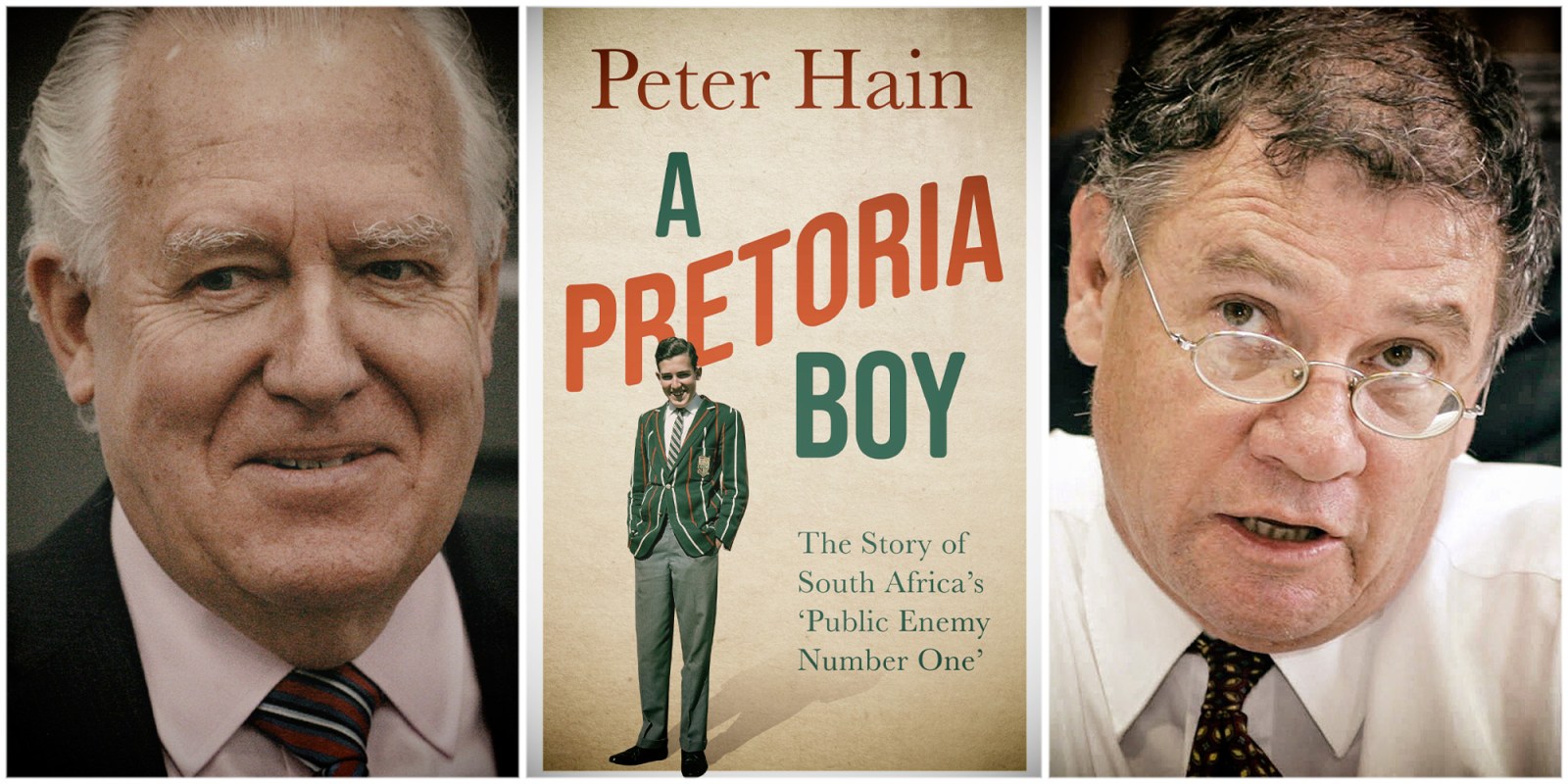 During the virtual book launch of Lord Peter Hain’s ‘A Pretoria Boy: The Story of South Africa’s Public Enemy Number 1’, Hain spoke to Judge Dennis Davis about his anti-apartheid activism in the UK and the threats that ensued.

When 19-year-old Peter Hain started disrupting sports games as a move to protest against the all-white South African sports team in the 1970s, people lambasted him for “bringing politics into sport”, said Hain, during the virtual book launch of his new book, A Pretoria Boy: The Story of South Africa’s Public Enemy Number 1.

“I said I’m not bringing politics into sport, the apartheid government is,” said Hain.

Hain, a white South African born in 1950, during the apartheid era, was angered by the segregation laws in his home country.

Hain has written more than 10 books. He said that in his latest book he chose to focus on the history of his youth activism because “many young South Africans came to know about me recently [when he testified at the Zondo Commission], not knowing that I grew up in Pretoria. It then became important for me to trace that history.”

Because of Hain’s parents’ involvement in the anti-apartheid movement, the family experienced constant harassment and arrests, and in 1966 the family moved to the UK.

“When we moved, my dad said that the battle against apartheid will take a long time to win, but in the meantime, we need to start our new lives here,” said Hain.

“When I grew up we were taught that you don’t treat people differently because of their [skin] colour. There’s a story I tell in the book about the time we had a black activist come over for a meeting and he said that it was his first time walking into a white family’s home through the front door; he usually uses the back door and that’s if he is allowed into the home,” said Hain.

When Hain arrived in the UK he was a teenager and a sports fanatic. He merged his anti-apartheid politics with sport.

Judge Dennis Davis, who hosted the virtual book launch, said it was “fascinating” how Hain’s career “turbocharged” through his anti-apartheid activism in the UK.

“You leave South Africa, but South Africa doesn’t leave you. What’s intriguing to me is that even though you left, your passion to do something never left,” said Davis.

In 1969, South Africa’s rugby team was invited to England to tour. Hain asked a few of his friends if they’d be interested in stopping the tour as a way to protest against apartheid. Hain, who was 19 at the time, said that he received support from people like Dennis Brutus, an anti-apartheid activist.

“Anti-apartheid movements had lobbied by standing outside stadiums and they were treated with patronising disdain. I thought, we can’t continue like this, how about we go on the pitch, without attacking anybody,” said Hain.

The sports protests, which became an “international controversy”, did have some impact, said Hain. In 1970, the British government persuaded the cricket authorities to cancel South Africa’s cricket tour.

Soon after this, Hain received physical threats. “I still have white South Africans who tell me that they hated me. I was notorious at that time because I was doing something that was taboo,” said Hain.

Many people called for Hain to be prosecuted. In 1972, he was charged with criminal conspiracy in a prosecution that was partially financed by white South Africans. He was acquitted.

Hain later went on to become a cabinet member in the UK. He currently teaches ethics at the University of Pretoria’s business school. DM