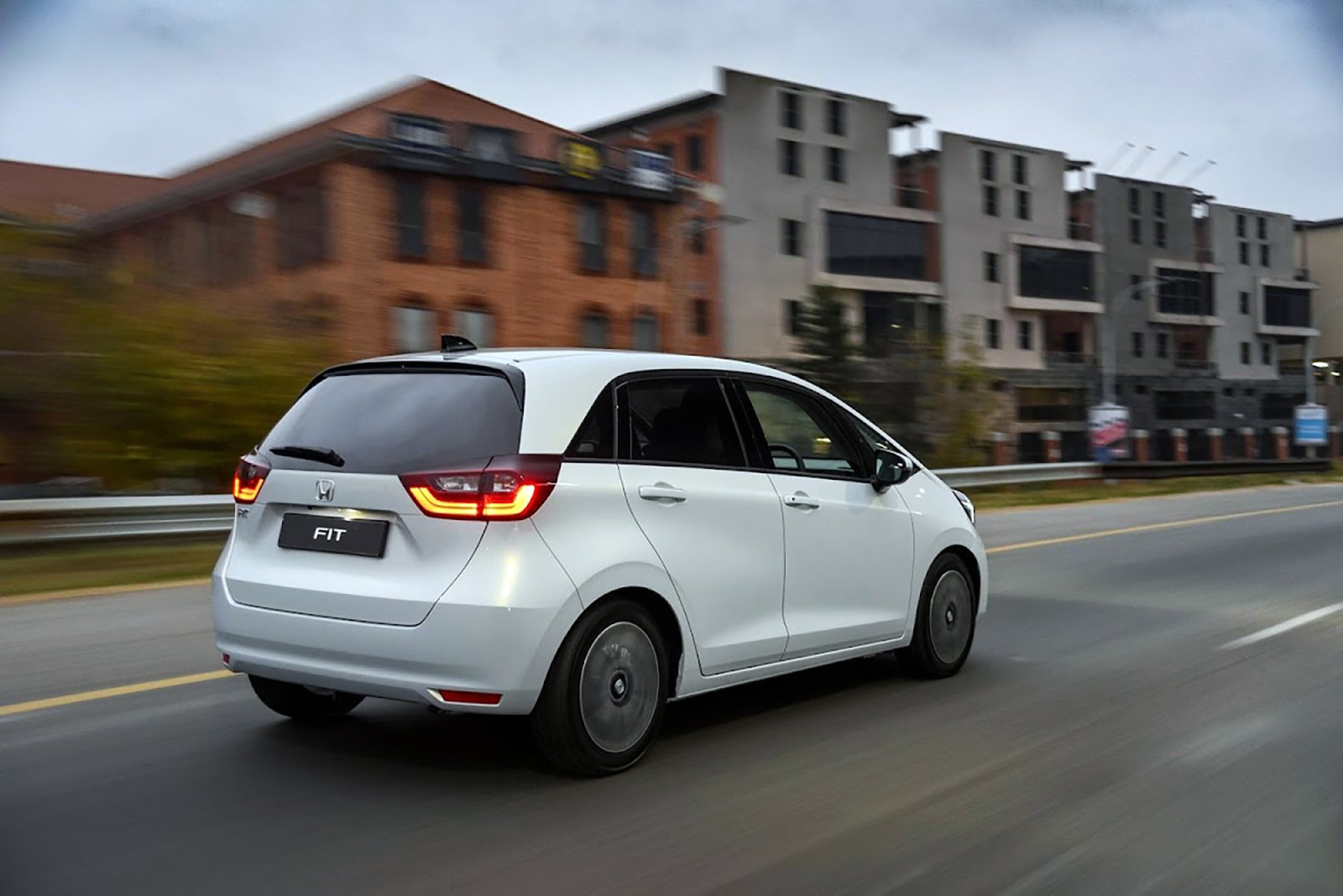 The new Fit hybrid is hands-down the most fuel-efficient car (that’s not electric or plug-in hybrid) that I’ve ever driven. It’s fiendishly clever, using two electric motors, its little Atkinson Cycle 1.5-litre engine and a battery pack to make the most of the circumstances.

Fans of CAR magazine, the country’s leading motoring magazine, may have noted over the past few years that the back end of the magazine, where the model listings reside, has been getting thinner.

That’s partly because various brands have sadly departed these shores/this mortal coil over the years – for example SEAT, Infiniti, Chevrolet, Saab, Cadillac, Daihatsu and so on. It’s also because of the diminishing number of models available from the brands. Whereas not long ago you could buy, for example, various kinds of Opels, these days you’ve got the Astra and Corsa hatchbacks, a couple of crossovers and a couple of light vans. That’s it – no estates, MPVs, sedans, coupés or convertibles.

This model rationalisation is common across the board, but more so with the smaller brands here. The market has become so tough that many can only really afford to play in the volume hatchback and cross-over segments – after all, if Volkswagen can’t shift any family sedans here, and even the sales stars of stalwarts such as the Toyota Corolla and Honda Civic wane, what hope do Opel, Peugeot and Mazda have?

The next layer within this situation is that the number of derivatives of each model has also shrunk. Whereas, in the old days, you might have expected a 1.4, 1.6 and 2.0 version of a family car with associated incremental differences in power and prestige, these days there’s less choice, and in many cases only one engine per model. 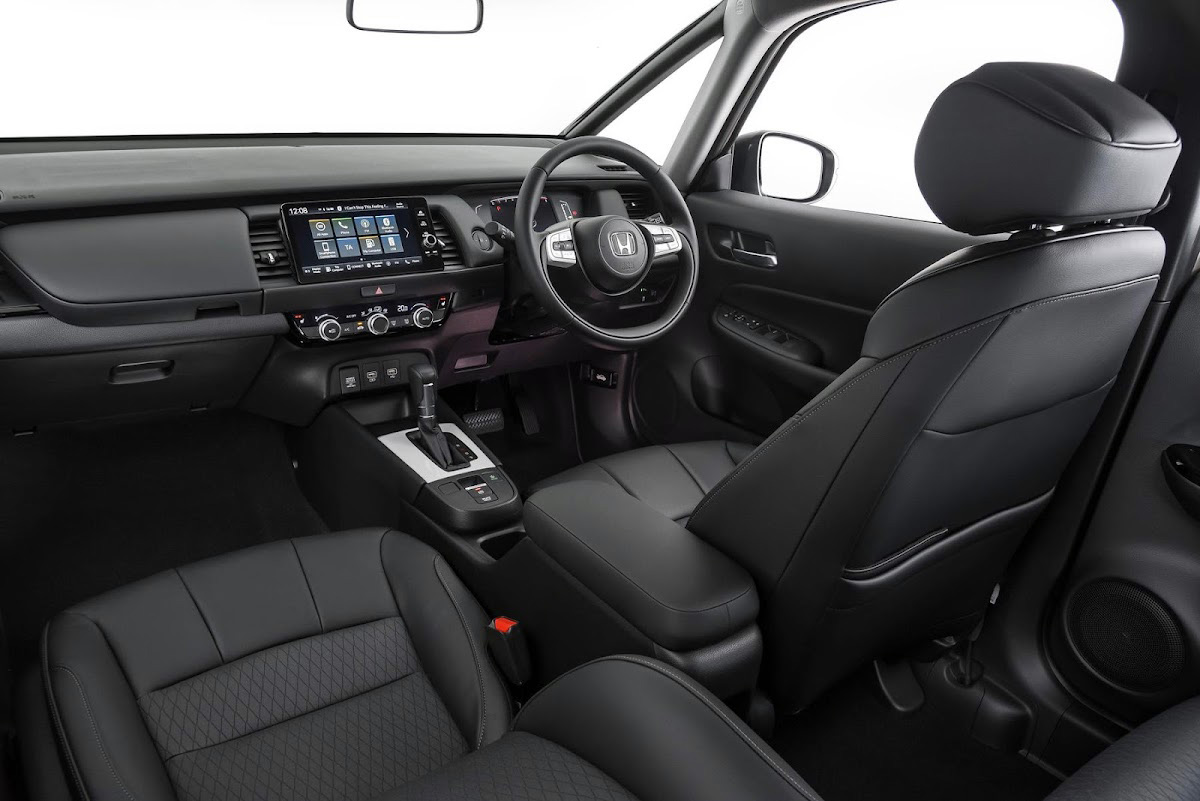 Vanishing engines are also a function of the contracting market to some degree, but also in some cases because manufacturers are unable to import anything else that works here – or unwilling to bear the cost of the technical workaround – because of fuel-quality issues. Our fuel standards in South Africa were last updated sometime between the Pleistocene and the rinderpest.

Another factor in the shrinking back end of CAR magazine is the fact that the rest of the world is rapidly moving away from engines altogether for passenger cars. Some manufacturers will not continue to develop and build new internal combustion engines for those laggardly regions of the world that do not take up electric mobility.

This is already happening. Have a look at the engines available from Audi today – there’s scarcely a diesel left on the list. At sister brand Volkswagen it’s a similar tale – diesel is dead in its light passenger car line-up (Polo Vivo, Polo, T-Roc, T-Cross, Golf and Tiguan all do without diesel these days) and will in the coming years be gone from the brand altogether. You can’t buy a diesel Porsche any more at all.

So, will internal combustion drivetrains survive the shift to electric mobility in the wealthy world? If so, in what form and in what kinds of cars? It’s hard to know, as the future of mobility and the developing world’s contribution to militating against climate change – and the transport sector’s contribution to that contribution – will be the subject of some “robust” horse-trading running up to and during the 26th UN Climate Change Conference of the Parties (COP26) in Glasgow later this year.

The question will be asked: how will countries like South Africa meet their targets under the Paris Agreement? The answer will be, I expect, “as soon as the wealthy nations pay for it”.

Notwithstanding any deals brokered about the automotive future in the developing world at COP26 – if any at all are forthcoming – in the next few years we will continue to see less automotive choice in South Africa, to the point that it may begin to feel a little bit like a sanctions market again.

In the future, our pariah status will be associated with our heavy carbon emissions, which will attract taxes on our goods where exporters are unable to decarbonise through their own efforts (by ditching Eskom and electrifying fleets, for example). We’ll struggle to raise concessionary finance because the “we’re just a poor African country with no money” schtick won’t wash when everybody knows we’re a middle-income country with a coal addiction and a nasty habit of stealing money so our ministers’ children can have nice cars and pedicures.

Of course, the principle of developed economies helping poorer countries in this regard feels just, but South Africa may be too rich, too corrupt and too in love with Medupi to qualify, so no matter what dollar-sign carousels may rotate in our COP representative’s eyes in October, they may be in for a rude awakening when they start hitting up the Americans and the Brits for cash.

Where does that leave motorists? Well, we will carry on as usual, but the shrinking engine options list will next year start to be supplemented by all-electric options. Audi will launch an array of EVs early in the new year, and BMW is planning to do the same.

Equally, we may see more interim technologies such as hybrids and plug-in hybrids. Hybrids are fuel-efficient petrol-powered cars, and their expense has made them difficult to shift in the local market.

Toyota will soon start building the Corolla Cross hybrid in Durban, and recently I drove the new Honda Fit hybrid, now available in SA. The Fit is the latest incarnation of the perennial Jazz, a car regarded by most commentators as one of the most sensible cars you can buy, and one of those cars that somehow makes evangelists out of their owners.

I can see why. The new Fit hybrid is hands-down the most fuel-efficient car (that’s not electric or plug-in hybrid) that I’ve ever driven. It’s fiendishly clever, using two electric motors, its little Atkinson Cycle 1.5-litre engine and a battery pack to make the most of the circumstances.

In town it spends a lot of time in electric vehicle mode, charging its battery on the downhills and when braking. On faster roads the engine locks to the single-speed gearbox and drives like a normal car, but it can also run as a fuel cell to charge the battery. It’s very clever, and the result is real-world fuel consumption of around 4.7l/100km here in Cape Town with my busy urban runaround, which includes daily ascents and descents.

This is astonishingly efficient – and beats the next most efficient car I’ve ever run under the same circumstances, the Toyota Prius, by almost a litre per 100km.

The rest of the car is great – classic Honda Jazz attributes such as huge and adjustable legroom and boot space, ease of access and good drivability are standard. This is a good small family car.

Electric power makes for sprightly get-up-and-go in the urban 0-60km/h sprint, and will reach 100km/h in under 10 seconds. That’s pretty good for this kind of car.

Regrettably, this does cost rather a lot, and there will be many who ask whether they can spend R469,000 on a Honda Fit. Another way to look at it, perhaps, would be to ask where else you might be able to buy all this technology for so little.

It all combines to make the best little city car I’ve driven since the all-electric BMW i3, with the added benefit of a lack of range anxiety. While South Africans slowly get their heads around the imminent arrival of electric mobility, the new Fit hybrid makes a brilliant interim step before embracing the power of electrons. It is one of the best cars I’ve driven all year. DM168