Speak out and tell Parliament how you are affected by g... 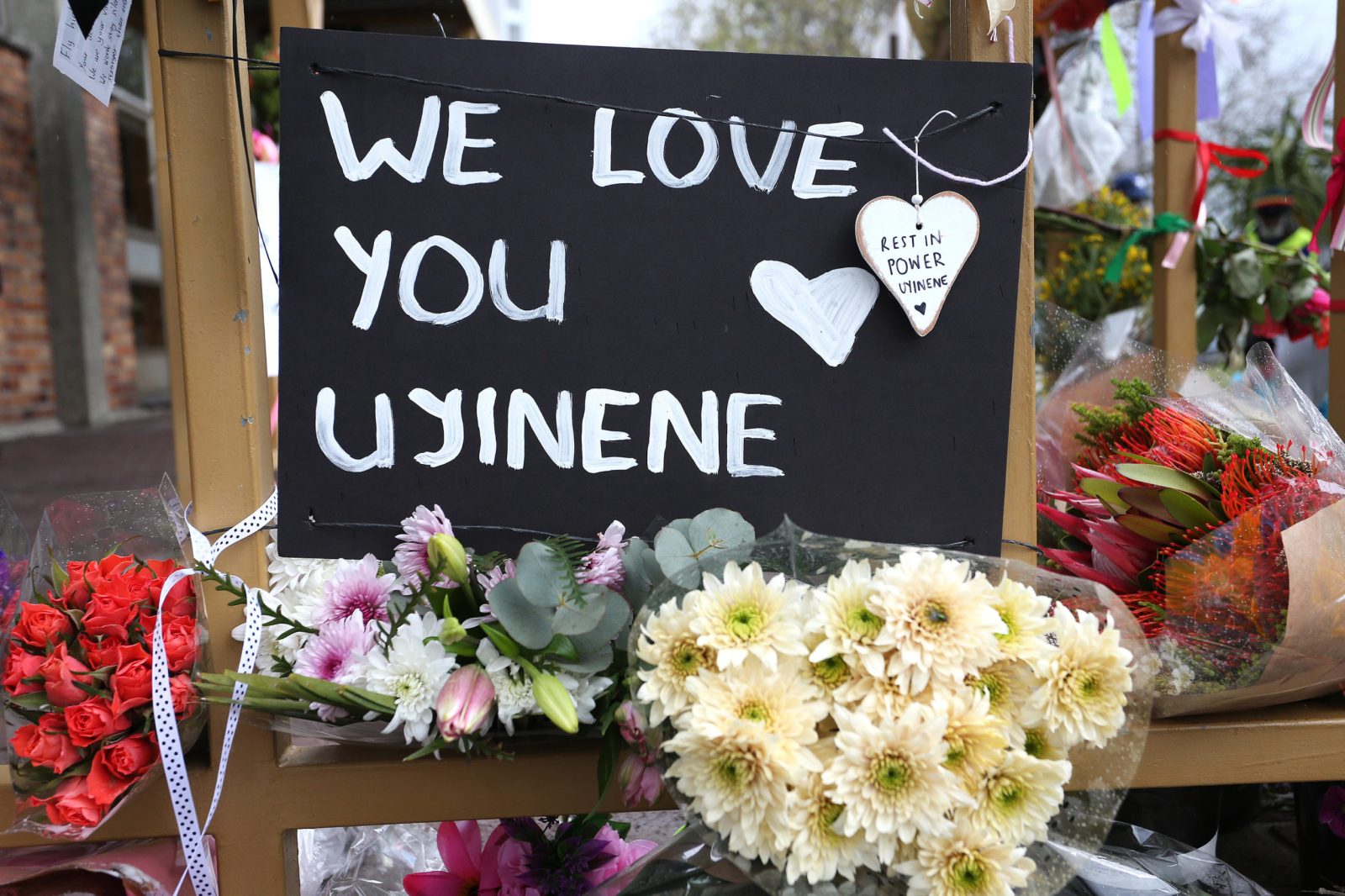 Tuesday, 24 August marks two years since Luyanda Botha murdered UCT student Uyinene Mrwetyana at a Cape Town post office. This year, the Uyinene Mrwetyana Foundation is collecting letters from people on how gender-based violence has affected them, and sending them to Parliament.

This letter, which was posted on the foundation’s Instagram page, is part of the foundation’s “Post Office to Parliament” campaign, which asks women to send letters about how they’ve been affected by gender-based violence.

Letters can be sent via email or to the post office in Claremont, and they will be collected and compiled into an addendum document. Letters need to be sent by Wednesday, 25 August.

“Many of us haven’t been able to go back to the post office since Uyinene’s death. This [campaign] is about taking our power back,” said Masi Buso, the foundation’s managing director.

On Saturday, 28 August, the foundation, alongside the Mrwetyana family, will gather at the Clareinch Post Office, where Uyinene was murdered, and will then go to Parliament by bus to hand over the letters.

“For many people, sharing these letters with us has been cathartic. It’s been a space for healing and reflection and we want to honour those people,” said Buso.

The foundation’s petition requests that Parliament’s Portfolio Committee on Women, Youth and Persons with Disabilities and the Portfolio Committee on Justice and Correctional Services urgently intervene and ensure that a National Council on Gender-Based Violence and Femicide is established in accordance with the National Strategic Plan on Gender-Based Violence and Femicide.

It’s been two years since South Africa was shaken by the death of Uyinene Mrwetyana, a 19-year-old University of Cape Town (UCT) student, who was kidnapped, raped and murdered after collecting a parcel from the Clareinch Post Office on 24 August 2019. Her attacker was a 42-year-old post office worker, Luyanda Botha.

Mrwetyana would have turned 21 on 20 April. “That day was a sombre one, especially for her parents. She was full of life and one can’t help but wonder what she would be getting up to now,” Thembelani Mrwetyana, her uncle and the family spokesperson, told Daily Maverick.

On her birthday, the Uyinene Mrwetyana Foundation had cake and celebrated her birthday with her family and friends.

“Grief doesn’t go away, but what we can do is build new memories around it,” said Buso, who’s a family friend.

“[Her birthday] was a day that was sombre; we were sad and also angry. Angry because when you still hear stories of [gender-based violence] after the protests that happened on the back of her death, it’s disheartening,” said Thembelani Mrwetyana.

Protests erupted in Cape Town and other parts of SA a week after Mrwetyana was found dead in Khayelitsha, where Botha had dumped her body. During a march to Parliament, Minister of Police Bheki Cele was booed by the crowd. There were also protests outside the Cape Town International Convention Centre where the World Economic Forum was being held. Protesters went there to demand that President Cyril Ramaphosa address gender-based violence.

Two years after Mrwetyana’s death, heinous crimes against women and girls continue unabated, despite mass protests and campaigns and government interventions and pledges. Just last week, another student, Nosicelo Mtebeni (23), from the University of Fort Hare, was found murdered, allegedly by her boyfriend.

The demands that the foundation is making in 2021 are similar to those made by #TotalShutdown in 2018.

Although the loss of Uyinene Mrwetyana is difficult to deal with, the Mrwetyana family takes solace in the fact that they’re not alone in their grief. “Many people have and continue to support us through this,” said Thembelani Mrwetyana.

A month after Mrwetyana’s death, UCT announced the Uyinene Mrwetyana Scholarship. The scholarship is an initiative of the Faculty of Humanities and has been set up in partnership with UCT’s Development and Alumni Department.

Luhlanganiso Mabeje, who was the first recipient of the scholarship, said she “felt humbled”. Mabeje is a first-year political science and sociology student.

Mabeje was 16 when Mrwetyana was murdered. “When I heard the news from a school friend, I just remember being overcome with so much sadness. Her death gutted me,” said Mabeje.

“It was such a sobering experience for me because it made me realise how unsafe South Africa is for us [as women].”

Mabeje applied for the scholarship because “their minimum requirement was for someone who’s passionate about social justice, and anyone who knows me knows that’s where my passion lies”.

Applicants needed to submit a motivation letter and demonstrate a passion for social justice.

“In my letter, I spoke of the demonstration I’d organised at school in Uyinene’s memory. At the time, I couldn’t attend the protests, but what I could do was do something to honour her,” said Mabeje.

Mabeje was then short-listed and interviewed by Thembelani Mrwetyana and lecturers in the faculty. As part of the scholarship, she is required to volunteer for a social justice organisation.

The scholarship is open to women and gender non-conforming students only, in the humanities. Recipients must also be first-year students at UCT.

Mabeje felt “a weird sense of happiness” when she got the email awarding her the scholarship, because “the story of how the scholarship started is so sad”.

As to how ordinary people can honour Uyinene Mrwetyana’s memory, Mabeje echoes what Thembelani Mrwetyana said: It’s about creating awareness so that we can all actively work towards eradicating gender-based violence. DM

Letters need to be sent by Wednesday, 25 August. For more details, go to the website: https://www.uyinenefoundation.co.za/p2p