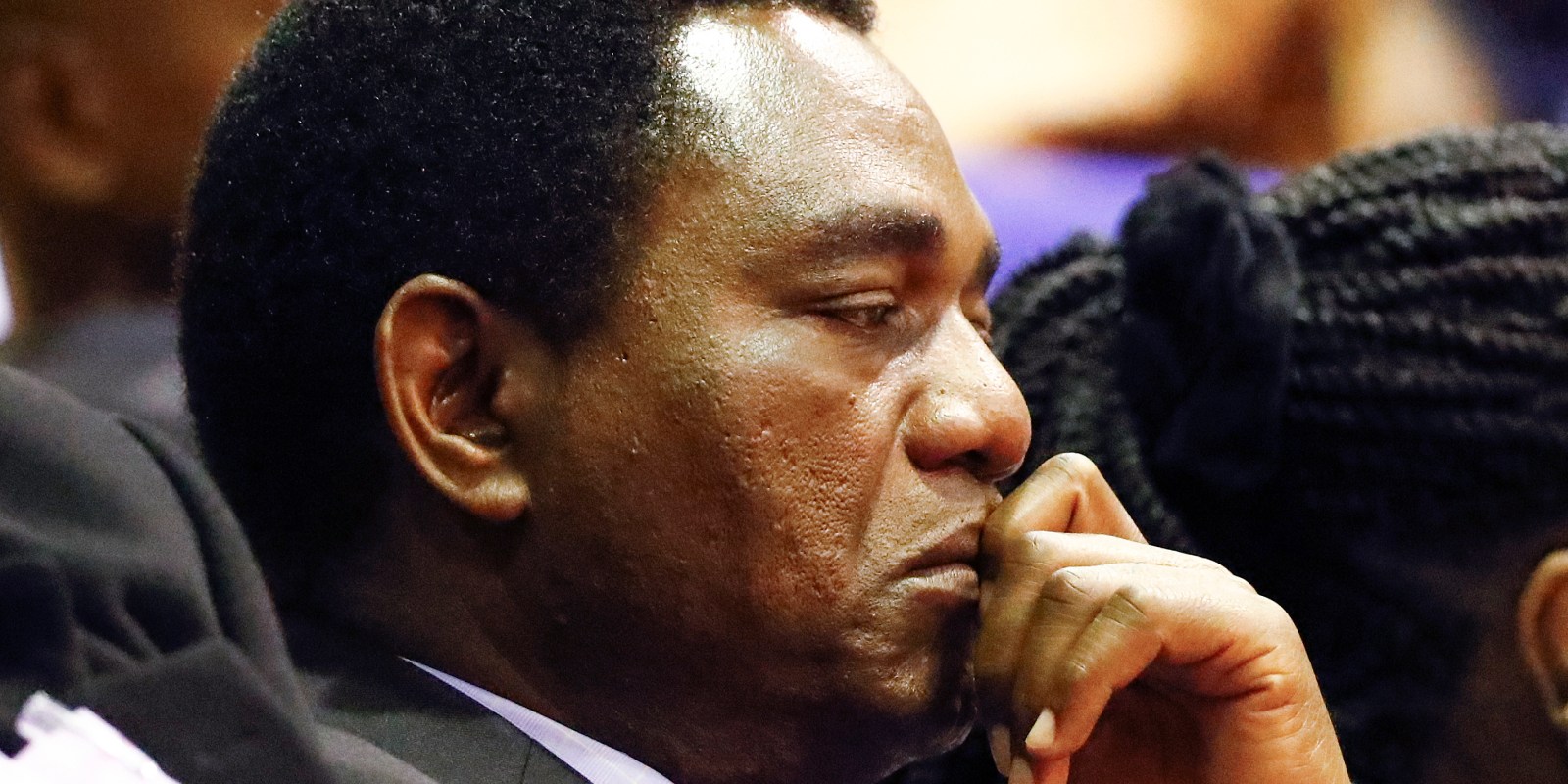 Governing Patriotic Front (PF) campaigners painted Lusaka green on the eve of Thursday’s elections, but four days later, by Sunday evening, this picture had changed as Zambia’s capital became red with jubilant supporters donning the colours of the United Party for National Development.

Its presidential candidate, Hakainde Hichilema, who had contested and lost five elections in the past 15 years, won with a convincing majority, apparently winning a big slice of the youth vote.

In a statement posted on his Facebook page on Sunday, the businessman popularly known as HH evoked Nelson Mandela when he said: “Fellow citizens, we have come a long way. With the end in sight of our long walk to freedom, we would like to ask for calm as we are on the final lap.”

He said he would do things differently: “We voted for change so that the status quo is not maintained.”

Hichilema also announced that he met former president Rupiah Banda, who left office peacefully in 2011 after he was beaten in the elections by Michael Sata.

By early Sunday evening, the PF appeared to have reached a post-elections low as its party agent Paul Moonga was ejected from the Mulungushi Conference Centre in Lusaka, which served as the Zambian Electoral Commission’s national results centre. Moonga, who looked confused in a video where he earlier addressed journalists, was accused of disturbing the results announcement.

The incumbent, President Edgar Lungu, had already started crying foul on Friday morning, shortly after the first results began trickling in, threatening to take the results to court on review. He said the alleged murder of two of his party’s officials in the North Western Province on election day rendered the elections not free and fair.

On Saturday night in a statement marked “very urgent”, he said that his party was “consulting on the next course of action concerning the general election”. Lungu, who deployed the army in the days before the elections to keep the peace, said that in three provinces the elections “were characterised by violence, rendering the whole exercise a nullity”.

One of the allegations was that PF polling agents were “brutalised and chased from polling stations”, and two had been murdered. “We have written to the Electoral Commission of Zambia, but they have continued announcing the results,” he complained.

Not all his party agents agreed with his assessment. An unnamed PF agent wrote to the Zambian Observer, saying: “Our president Mr Lungu said we were chased and we are in hiding, then is it my ghost that signed the Gen 20 form?” This was a reference to the results form party agents had to sign off on. He said PF agents worked well and wanted their K10,000 (about R8,000) that he claimed monitors such as himself were promised.

In a letter to Lungu, five of the 16 presidential candidates wrote that if the elections were not free and fair, it was because Lungu himself “made it practically impossible for the elections to attain the required standard to meet the test of Free and Fair”. They pointed out that Lungu “abusively used” the Public Order Act to restrict the movement of his political opponents, and the same for the Covid-19 lockdown regulations.

“We all have had our movements across the country restricted during the campaign period at your behest,” they wrote. “It is therefore inconceivable that the very government that created an uneven playing field can today want to delay the election process by seeking to take the legal process in a bid to delay the announcement of election results,” they said, following threats by Lungu to contest the outcome in court.

Several of these presidential candidates had already started to congratulate Hichilema for his win as it became clear that he had a convincing lead.

Head of the European Union’s observer mission, Maria Arena, similarly pointed out that the mission felt there was not a level playing field ahead of the elections due to media bias. She also noted the restriction of social media platforms on election day, and after. This restriction was lifted on Saturday after human rights organisation Chapter One Foundation went to court to get an order to restore service. “It will be important that any possible challenge to the results are handled in line with due process and as established by law,” she said.

Three academics — Nicole Beardsworth, Nic Cheeseman and O’Brien Kaaba wrote on the Democracy in Africa blog that Lungu was attempting to apply the same tactics as former US president Donald Trump, who sought to discredit the electoral process as it became clear that Trump would lose the election last year. They said the strategy was “born of desperation” and had been thought up before the time. An Afrobarometer survey in December revealed that only 23% of the population considered voting for PF. Even though only 25% said they would vote for the UPND, 38% refused to say who they would vote for — an unusually high number.

On the ground, many are unhappy with the economic situation, which has seen the price of some essential food items rise by more than half in the past year, while others said Lungu and PF party cadres were allegedly corruptly living the high life while ordinary people suffered.

Commentators expected that turnout would be low and that the race would be close, but instead, early indications are that there could have been a record turnout of more than 70%.

Head of the Electoral Institute for Sustainable Democracy in Africa’s observer mission, Grant Masterson, said the results seemed to indicate that Lungu’s popularity did not change as “he achieved similar votes in presently declared constituencies compared to 2016”. Hichilema has, however, been able to “mobilise and get young and first-time voters for his campaign,” which meant results were swinging in his favour.

“Other opposition campaigns could learn from this fact,” he said. “Across much of Africa, the youth vote remains largely untapped, and combined with voter apathy, remains massively under-tapped by political parties. It is a huge endorsement for the positive messaging of HH’s campaign generally.” DM