The Zuma-Ramaphosa political marriage was of no convenience 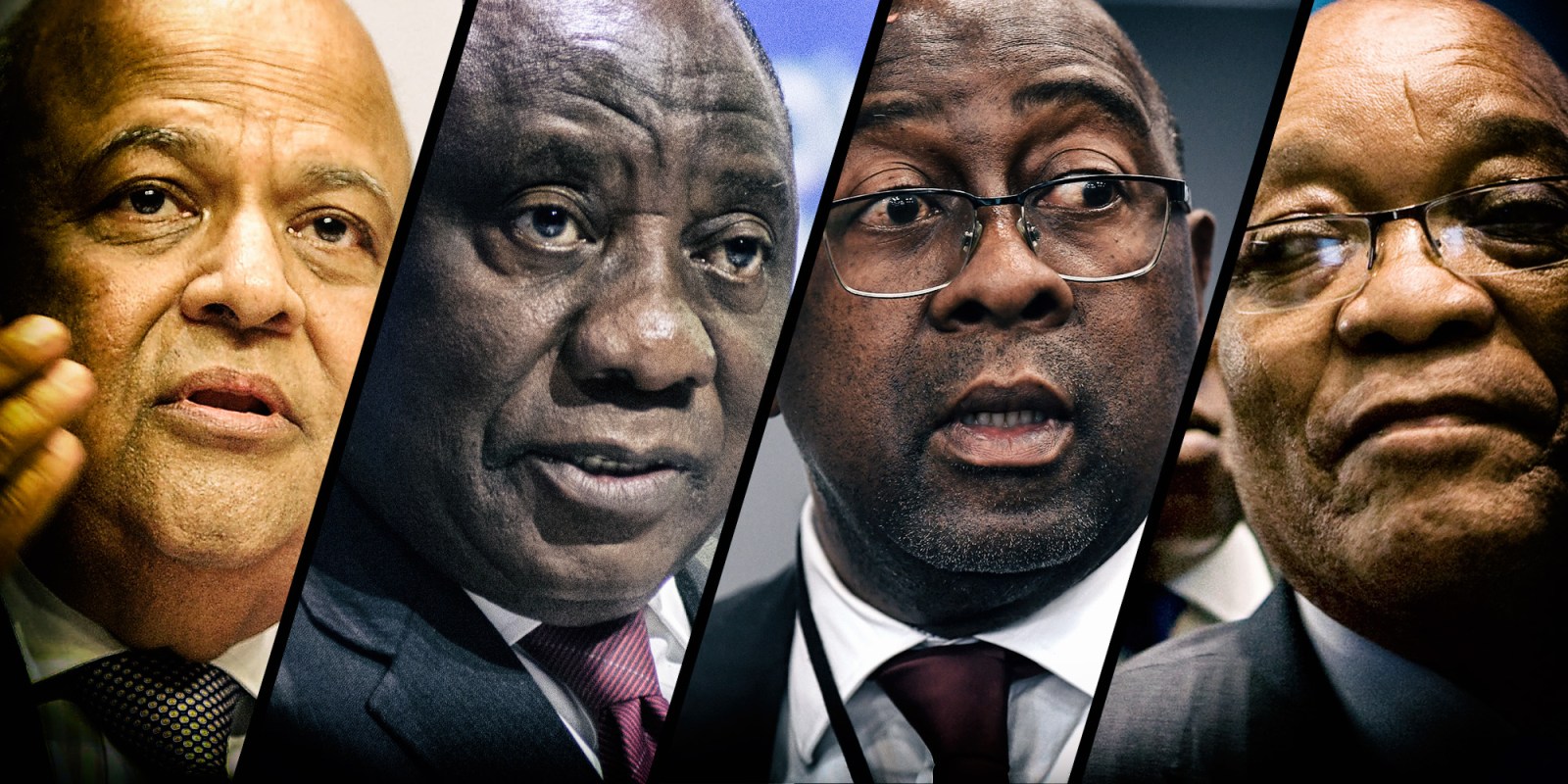 It is clear now that Jacob Zuma and Cyril Ramaphosa did not trust each other while serving as president and deputy president, respectively. Could the same situation be repeating itself, this time with President Ramaphosa and Deputy President David Mabuza?

During his testimony to the Zondo Commission, President Cyril Ramaphosa revealed for the first time that in December 2015 he threatened to resign over then president Jacob Zuma’s replacement of Finance Minister Nhlanhla Nene with Des van Rooyen, shedding a lot more light on events that almost directly led to Ramaphosa’s victory at Nasrec in 2017. It also highlights just how difficult the relationship between Ramaphosa and Zuma must have been during that two-year period.

When Zuma finally resigned as president on Valentine’s Day 2018, this writer started his report by suggesting:

“And so it came to pass that the process which started the moment Mr Jacob Zuma fired Nhlanhla Nene as Finance Minister on 9 December 2015 culminated in a speech that saw him fulminate and fume, and lie and distort the truth once more.”

This was because there was a direct line between Zuma’s decision to fire Nene in 2015 and his loss at Nasrec and then his forced resignation as president.

December 2015 was when Zuma revealed for all to see that he was acting for interests other than the ANC. His mistake was to act without the backing of the National Executive Committee.

On Wednesday Ramaphosa made a statement to the Zondo Commission in which he explained some of the events that followed Nene’s firing. He said, “Shortly after Mr van Rooyen was sworn in, then director-general of National Treasury, Mr Lungisa Fuzile, asked to meet me urgently. He expressed grave concern, based on his interaction with the new minister and his advisers, about the impact this development would have on the ability of National Treasury to properly exercise its functions.

“Concerned by what I considered the ‘capture’ of National Treasury, I contacted ANC Deputy Secretary-General Ms Jessie Duarte and indicated that I would resign my position as deputy president of the republic. I believe that that message was conveyed to the then president.”

This was a major threat to make. If Ramaphosa made such a threat and then failed to act on it he would have had a busted flush and would have had no political power thereafter.

In the end, his threat to resign must have had some impact.

But the full impact is difficult to assess, as Ramaphosa was not alone in the ANC in opposing Zuma’s decision. It is well-known that the then ANC treasurer, Zweli Mkhize, played a key role as well. But it does appear that Ramaphosa must have been a central part of the decision to insist that Pravin Gordhan be appointed in Van Rooyen’s place.

It is true that there were very few candidates available who were both in the ANC and who would be accepted by the markets. This all occurred over a weekend after banking shares had dropped by nearly 20% on the JSE on the Friday before, and the rand was due to resume trading again in Asia late on Sunday night. The announcement of Van Rooyen’s removal and Gordhan’s reappointment was announced on Sunday evening.

But by insisting on Gordhan, Ramaphosa might have known that he would then be able to play the role he did against State Capture. And that Gordhan would be able to use the Treasury to prevent as much of it as possible. When Gordhan himself was charged with “fraud”, Ramaphosa offered his “political and personal support” to him.

This leads to the question: if it is clear now that Zuma and Ramaphosa did not trust each other while president and deputy president, could the same situation be repeating itself?

This also raises the question: if Ramaphosa had the power to play a major role in forcing Zuma to rescind his appointment of Van Rooyen, then what other power did he have? Did he have the power to prevent State Capture? Did he use all of that power to try to prevent it? If not, what does that mean for his claims now that he wants to reform the government and renew the ANC?

This gets to the heart of starting an assessment of Ramaphosa’s decision to remain in government and resist from within. But that can only have been the correct decision if, in fact, it was successful.

As Ferial Haffajee points out, Ramaphosa spoke out against State Capture only twice during five years.

Was that enough? Did resisting from within help him achieve ultimate state power and become president, making it a self-serving act?

The timing here is fascinating.

It is clear that Zuma wanted him to be his deputy. As Qaanitah Hunter recounts in her book Balance of Power, the now suspended ANC Secretary-General Ace Magashule had to convince Ramaphosa to make himself available.

This means that the relationship between Ramaphosa and Zuma, such as it was, broke down very quickly.

It also meant that for the next two years, from December 2015 until December 2017, Zuma was president while he knew that his deputy was working against him.

But in public there was a concerted deliberate effort to hide all of this.

Just three weeks after Ramaphosa threatened to resign and the ANC’s top leadership moved against Zuma, everyone involved put on a show of unity in public. The images of the ANC’s 2016 January 8th Statement show how they all pretended to be working and celebrating together.

It was a good show.

And it was a show that was maintained probably until Zuma’s final reshuffle at midnight on the last day of March 2017.

This leads to the question: if it is clear now that Zuma and Ramaphosa did not trust each other while president and deputy president, could the same situation be repeating itself?

After all, this has happened before. It was clear from 2005 onwards that President Thabo Mbeki and his deputy in the ANC, Zuma, did not trust each other either.

Now David Mabuza is the deputy president. He has said virtually nothing of significance in public during his time in this role. Almost all of his public appearances have been answering questions in Parliament; he has answered questions from journalists only in brief statements, with no proper questioning possible.

He has also been out of the country, receiving medical treatment in Russia for undisclosed health problems.

This may be significant, because the ANC has developed a tendency to devolve into fights between two factions headed by two different people (in 2007 it was Mbeki vs Zuma, in 2017 it was Ramaphosa vs Zuma).

A proper assessment of Ramaphosa’s role in our politics, and whether or not he was right to stay in Zuma’s government, may only be possible after more time has passed. It is certainly self-serving to claim there is a moral argument to staying in an allegedly corrupt government with the aim of becoming president. But, if your presidency really does lead to proper reform, perhaps such an argument can be accepted.

For the moment, it is still too soon to tell. DM