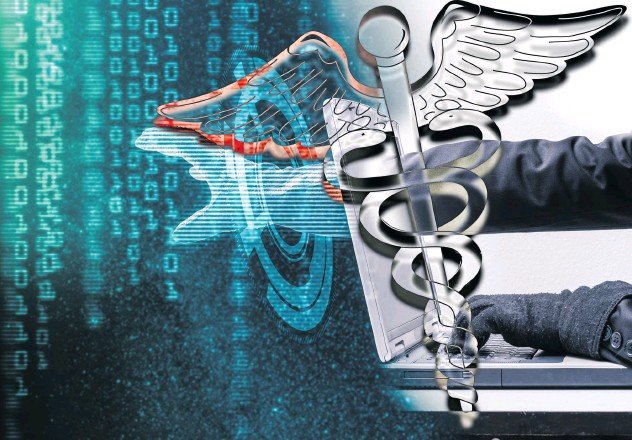 Medscheme and software developer company Neil Harvey and Associates are embroiled in a prolonged legal case that could see the medical aid administrator paying about R750-million if it loses the case next year.

A 15-year-old legal battle between medical aid administrator Medscheme, which is owned by the listed healthcare company AfroCentric and Sanlam, and software developer Neil Harvey and Associates (NHA) is reaching its climax. Does AfroCentric have a big legal problem? The short answer is “maybe”.

AfroCentric has consistently suggested in communications with shareholders that its dispute with NHA was an inconsequential case it would easily win. But recent events have made it clear there may be more to the case than AfroCentric has disclosed to shareholders.

It is a remarkable case, in many ways, because both sides chose arbitration rather than going to court proper since this was supposed to be the quickest and least expensive route to achieve a resolution; but now it’s 15 years later and the legal bills alone amount to sums running into hundreds of millions of rands.

Technically, the claim is for R375-million, but should Medscheme lose, it could easily cost the company something in the region of R750-million with interest and legal expenses.

Both sides claim the other has been trying to delay the case, and both sides remain adamant that they will win when the case gets heard early next year. One important thing that has changed, however, is that NHA has won an aspect of the case, which does suggest AfroCentric shareholders should sit up and take notice.

Despite mountains of legal documents and issues, the dispute between the parties is fairly simple. In May 2003, Medscheme was in big trouble, and the number of medical aid members it administered had fallen from about one million to 600,000 principal members. The company recorded a R100-million loss that year.

As a result, Medscheme hired a new CEO, who hired NHA to replace its dysfunctional software system. NHA was established in the industry and had been operating since 1986.

Here things get a bit fuzzy. Medscheme decided to allocate four of the 20-odd schemes it was operating to NHA to fix – the four most difficult clients. Hence the schemes of Liberty, Sasol, Fedhealth and Omnihealth were moved over to NHA’s Medware system, which later incorporated its broker interface, called Electronic Membership Interface (EMI).

NHA claims this was all done on the explicit basis that, if these succeeded, Medscheme would award all or most of its clients to NHA. A contract was signed to this effect, although, like everything, there is a dispute about what exactly was undertaken. Medscheme says the wording is plainly in its favour; NHA says the wording generally expresses the intention, which was to award NHA more business should it succeed with the clients it was given, which it did.

But behind the scenes it was understandably panic stations from the existing software suppliers, who needed to up their game pronto.

The problem, according to NHA, is that they did so using NHA’s systems and know-how – and at least in this instance, by physically “stealing” the computer code. By agreement, the parties decided that this part of the case should be decided separately, and retired Judge Fritz Brand found broadly against Medscheme earlier this year.

Medscheme’s lawyer Roger Wakefield, a partner at Werksmans Attorneys, says the claim of “theft” is incorrect, because there was no criminal intention to steal something in the dead of night, and the finding was not one of theft. But what cannot be disputed is that the company illegally used NHA’s computer code, which formed part of the EMI. In his judgment, Brand said one of Medscheme’s employees had acted “dishonestly” and found Medscheme had infringed the copyright of NHA.

But it was only a partial victory for NHA because Brand awarded NHA R2.7-million, which was nothing close to the R21-million it had claimed, excluding interest. The result of the lower award is that, on top of everything else, the parties are disputing whether this was in fact a “victory” for NHA.

Wakefield said the outcome was “a big strategic win” for his client, because the damages award imposed was comparatively small, and because the judge did not agree with NHA on the co-responsibility of some defendants. This was the strongest aspect of their case, and NHA was awarded only a fraction of what it had claimed. The arbitrator also said the NHA had run the case “luxuriously”, Wakefield said.

Neil Harvey says: “I am not sure how losing a case is a strategic win for anyone.” AfroCentric has raised several different defences over the years, which caused the EMI arbitration to be delayed twice, and in the end the judge found against them. Having won this aspect of the case, Harvey is confident about winning the main case.

But the problem here is that the main case revolves around the work and income that NHA claims it did not get as a result of the way their interaction unfolded.

This is a more complicated issue than a case of physically copying some computer code.

Wakefield says one of the issues is something called “emulation of functionality”, even though Medscheme is denying emulating any functionality. It is not illegal, in general, to make your software do the same thing as an existing system.

Harvey, however, claims this is not an “emulation of functionality” situation. The case, he says, is essentially about the misappropriation of confidential information and the resulting breach of contract.

The case will be heard in the first half of next year. DM168