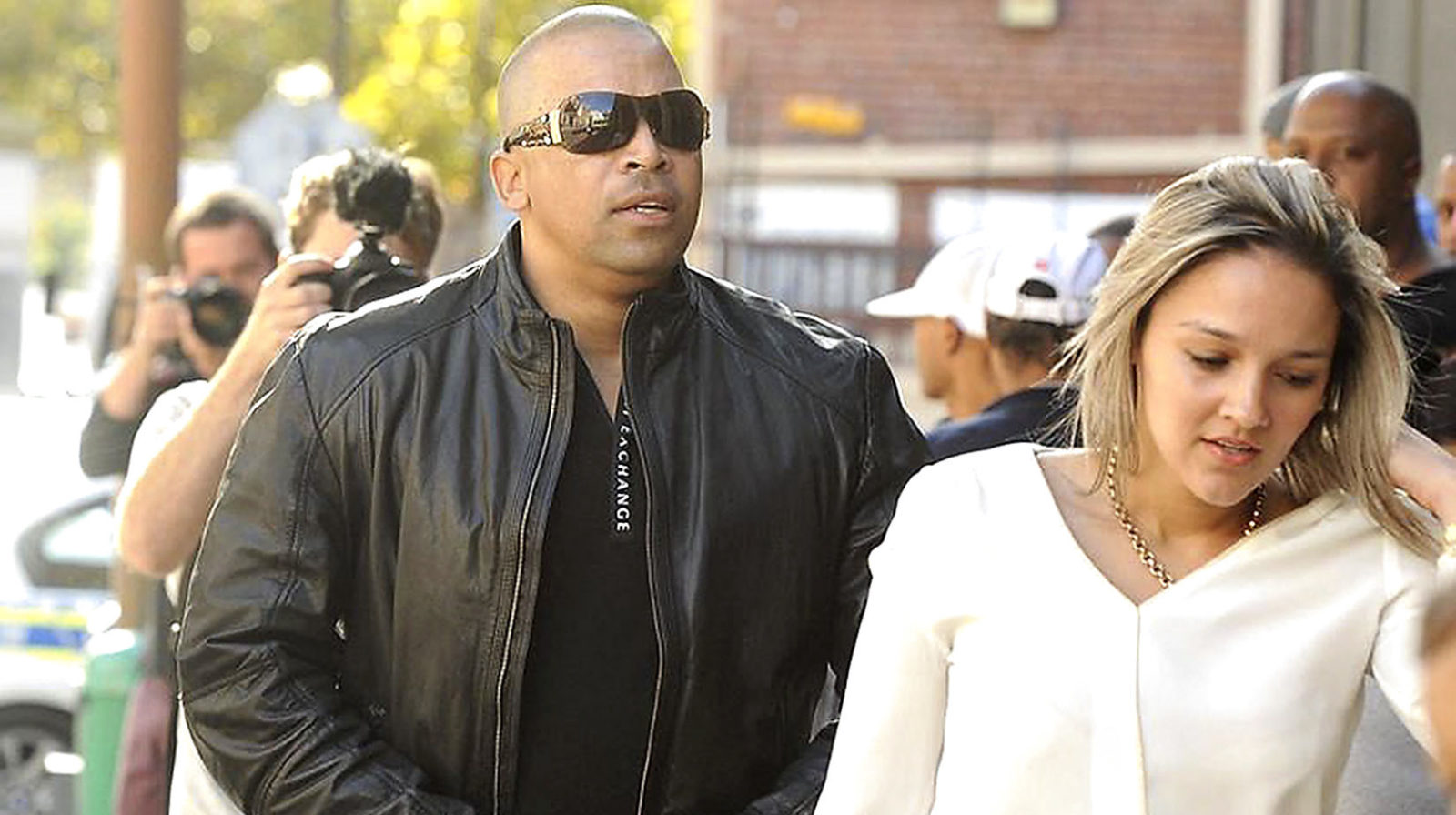 It took the State almost six years to conclude charges against alleged 28s gang leader Ralph Stanfield, his wife, Nicole, his sister, Fransesca, and 16 others. The 109 charges the group faces relate to a gun-licensing racket involving corrupt police officials based at the Central Firearm Registry (CFR).

On Monday, 4 August, the matter was referred from the Khayelitsha Priority Court to the Cape Town Regional Court. However, the case was provisionally postponed to Tuesday, 17 August, to arrange a trial date. Stanfield faces a total of 84 charges.

Stanfield, his wife, Nicole, his sister Fransesca and 16 other co-accused, including Warrant Officer Billy Simon April, Mehloti Manganye and Mary-Gail Cartwright, all officers at the CFR in Pretoria, face an array of charges.

April was employed by the SAPS in 2013/2014 at the CFR, while Manganye and Cartwright were employed as administrative clerks.

The alleged gun-licence racket is the main charge and, according to court papers, the CFR officers allegedly issued fraudulent competency certificates and firearm licences to the trio and the other accused.

Stanfield, his wife and his sister were arrested on 14 June 2014. Several firearms were confiscated and further investigation led investigators to the CFR.

In July 2018, the trio launched an application in the Western Cape High Court against the SAPS in a bid to have their confiscated weapons returned. This bid failed and an appeal to the Supreme Court of Appeal was dismissed in December 2019.

Following the unsuccessful bid, Stanfield, his wife, his sister and the other 16 co-accused then lodged applications for competency certificates and firearm licences at the Olifantsfontein SAPS, in Gauteng.

There is one loophole relating to obtaining licences for hunting or dedicated sports collections in terms of section 16 of Act 60 of 200o. The act places no limitation on the number of firearms or the amount of ammunition a person may possess under this category.

According to court papers, the three accused allegedly paid April, Manganye and Cartwright about R10,000 to show they lived in Gauteng. This allowed their application to sail through.

“Stanfield and April, Manganye and Cartwright knew the said representations were false and that the proficiency certificate issued to Stanfield was issued without him ever attending any training at Ballistic Handgun School CC,” the State argued.

In January 2014, certificate number 1037 was issued to Stanfield at the completion of the required practical and theoretical training. The same modus operandi was used in the case of Stanfield’s wife and his sister.

The State claims that on 21 January 2014, the trio applied for competency certificates at Olifantsfontein SAPS to possess firearms, while they were not ordinary residents or did not have a business in the area.

“The accused knew that they were not at Olifantsfontein SAPS to complete his application form. Manganye captured the applications and Cartwright approved all firearm licences.

“Their application for a competency certificate to possess a firearm was obtained with a proficiency certificate that was issued fraudulently and… the applications had been intentionally and wrongfully processed by April, Manganye and Cartwright at CFR office in Pretoria,” the State argues.

The same unlawful process was allegedly followed between 27 March 2014 and 17 April 2014 at Olifantsfontein by the other 16 co-accused. Again, the three CTR officers allegedly had a finger in the pie.

It is alleged they provided false information indicating that the proficiency certificates were lawfully issued by Lyttelton Firearms Training Centre.

It is also alleged that Stanfield, between March 2014 and 25 June 2014, near Mitchells Plain, Athlone, Table View, Bishop Lavis and Johannesburg unlawfully had in his possession: two .45 ACP Glock/semi-automatic pistols, one .308 rifle, one Remington rifle and one 9mm Parabellum Glock semi-automatic pistol.

His wife was allegedly found in possession of one Glock .45 ACP pistol, one ACP semi-automatic pistol and one .22 LR rifle.

The ammunition found in the possession Stanfield, his wife and his sister amounted to hundreds of rounds

In relation to the Poca charges the State contends that Stanfield and others unknown to the State were members and associates of the 28s gang.

“The gang managed the procurement, transfer, use, concealment and disposal of firearms and dangerous weapons to protect gang-related territory, and to deter, eliminate and retaliate against competitors and other rival gangs and individuals.

“The gang’s illegal activities in that ‘turf’ is directed towards the distribution of drugs or providing support services for the drug trade,” the State argues. DM/MC