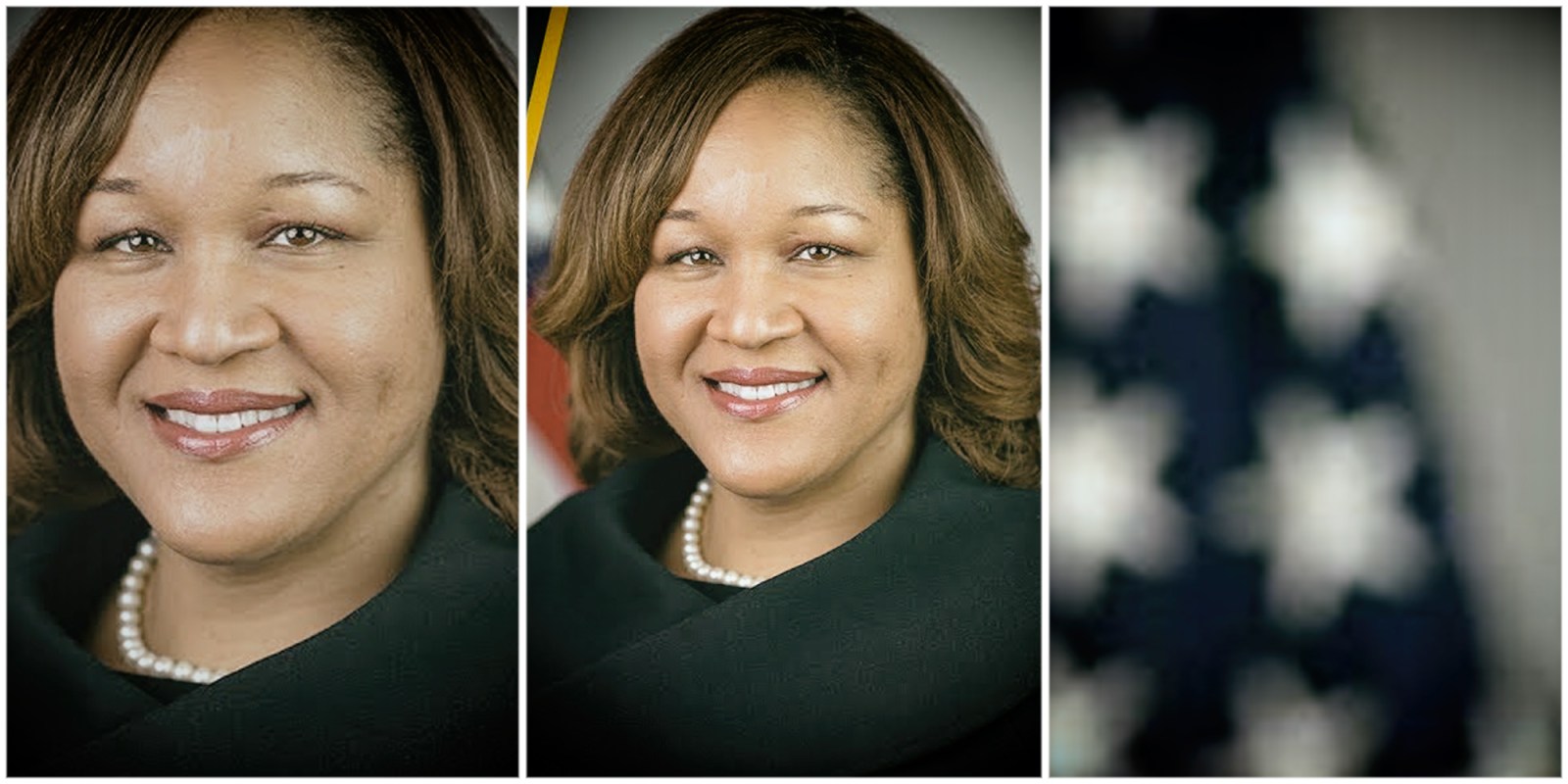 Dana Banks, Special Assistant to US President Joe Biden and senior director for Africa at the US National Security Council. (Photo: US Chamber)

The US was concerned about the rioting and looting in South Africa this month, but is encouraged by the way its citizens pulled together in the wake of the unrest to rebuild the country.

“Intrepid” US investors would not be too fazed by the recent turmoil in South Africa, Dana Banks, the senior director for Africa at the US National Security Council, has suggested.

America was also encouraged by the way President Cyril Ramaphosa had marshalled the resources of the government, and those of the private sector, to help companies build back and to help individuals who were affected by the looting, she said in an online press briefing from Washington, DC, on Wednesday.

Banks is also Special Assistant to President Joe Biden. She was recently deputy political counsellor at the US embassy in Pretoria and has mostly worked in Africa.

“I think American investors are intrepid, and they are looking for new markets and they absolutely realise that Africa is the fastest-growing and potentially the most profitable market for them to invest in,” Banks said.

She was briefing mainly about the Prosper Africa Build Together Campaign which the Biden administration launched at the Corporate Council on Africa’s US-Africa Business Summit this week.

Banks said Biden had requested $80-million in additional funding resources from Congress to jumpstart this campaign, which was a “targeted effort to elevate and energise the United States commitment to trade and investment with countries across the African continent”.

“Our goal is to substantially increase two-way trade and investment between the United States and Africa by connecting US and African businesses and investors with tangible deal opportunities.”

The US would do this by identifying and promoting new opportunities for US and African businesses, investors and workers that increase trade and mobilise private capital to fuel economic growth and job creation, with a focus on key sectors and the green economy.

One of the vehicles for this would be the Build Back Better World, or B3W Partnership at the G7.

Banks said Proper Africa, an initiative of 17 US government departments and agencies, had become even more important in the light of events such as the recent turmoil in South Africa, which was not unique as there was instability and other concerns across Africa.

“And that’s why it’s even more important that we have experts on the ground who can help advise our companies and businesses about the investment climate.”

Banks also said there was a lot of concern about what would happen if the Africa Growth and Opportunity Act (Agoa) was not renewed when its mandate expired in 2025. If it was not renewed, the US was looking to increase its engagement with the continent through the African Continental Free Trade Agreement which officially began trading on 1 January this year.

“I would not necessarily think of the sunsetting of v as a bad thing,” Banks added.

Agoa gives duty- and quota-free access to the US market for eligible African countries without requiring them to give reciprocal access to their markets for US products.

Banks said the US Development Finance Corporation committed nearly $2-billion in financing for projects in Africa in the first half of the fiscal year, and aimed to close another $500-million or more in deals by the end of the year. This week it had announced $217 -million in debt financing for a new 83 MW power plant in Freetown, Sierra Leone.

And the US Millennium Challenge Corporation recently signed a cooperative agreement with the West African Power Pool and an MOU with the governments of Burkina Faso and Ivory Coast, which would facilitate US trade and investment in the energy sector in the west African region.

Prosper Africa would also prioritise support for projects under the Power Africa initiative from the Obama administration to boost power generation on the continent. Banks said recent commitments from Power Africa and other agencies would expand off-grid energy generation in Africa, which represented a $24-billion opportunity annually.

She added that there were several other initiatives by US agencies to make it easier for US businesses in key sectors critical for Africa’s economic growth to invest on the continent.

Banks said the US would provide targeted support to small and medium-sized businesses with a specific focus on the African diaspora and their businesses and investors across the US.

Banks said it was a priority for the Biden administration to elevate democracy, good governance, anti-corruption, rule of law and human rights in US foreign policy, particularly in Africa.

Banks said the last year of the Covid-19 pandemic had “shown how interconnected our world is and how our fates are bound together. This is why President Biden is committed to rebuilding our partnerships around the world.

“Africa is at a pivotal moment in its trajectory. The next decade will determine which path Africa takes.”

The continent’s many dynamic and fast-growing economies and populations could and should create a bright future for the continent – a future of inclusive growth, sustainable development, enhanced health security, democratic progress and the rule of law.

“The United States stands ready to partner with African nations as well as its vibrant civil society and young leaders to achieve this future. Our commitment to achieving Africa’s potential also means working with African nations to combat the threats posed by violent extremism, climate change and undue foreign influence,” Banks said.

Banks shrugged off a question about how the Biden administration’s greater commitment to Africa’s economic development would help the US counter China’s influence on the continent, in trade.

She said the US wanted to increase investment in Africa for the potential that existed there, and not necessarily to compete with China. But she added that there were “some challenges related to Chinese engagement and we will address those directly as necessary”.

Banks said the US conducted trade and investment quite differently from other countries, particularly China. Prosper Africa was a genuine, mutually beneficial partnership “based on a commitment to shared prosperity”.

“Africa’s increasing integration into global markets, the demographic boom, and of course the thriving culture of entrepreneurship presents a remarkable opportunity for us to strengthen those economic ties and promote new opportunities for both US and African businesses to fuel economic growth and job creation and greater US participation in Africa’s future.”

Banks was reminded that the Biden administration had made it clear that, globally, the future US-China relationship would be a competition between democracy and authoritarian governance. So what role would democratic values and human rights play in Biden’s Africa policy?

Banks said it was a priority for the Biden administration to elevate democracy, good governance, anti-corruption, rule of law and human rights in US foreign policy, particularly in Africa.

The absence of these values was the root cause of instability and drivers of conflicts across the continent, including in northern Mozambique and the Sahel.

There had been “a worrying backsliding in democracy and respect for human rights in places on the continent”, which the US hoped to address alongside governments and civil society. DM