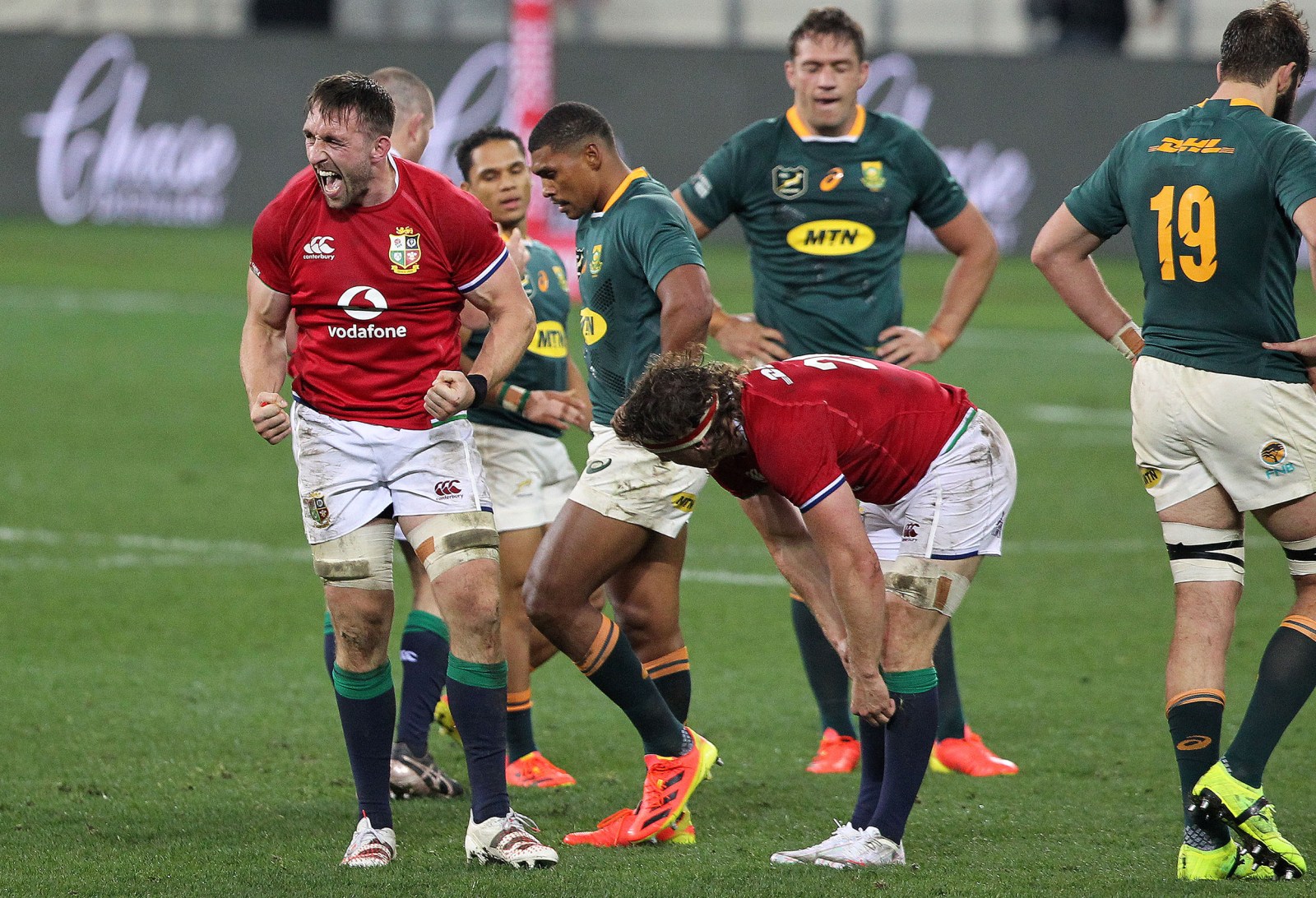 The Springboks and British & Irish Lions both shuffled their teams for the crucial second Test at Cape Town Stadium on Saturday with the tourists 1-0 up in the three-match series.

The war of words playing out between the world champion Springboks and the British & Irish Lions is simmering in the background but on the field, both sides have made what they hope will be winning tactical changes.

Bok coach Jacques Nienaber was forced to replace loosehead prop Ox Nche, who has a neck injury. That allows Steven Kitshoff to start on the occasion of his 50th Test.

Tighthead Frans Malherbe is recalled to the starting lineup after an extra week of preparation time after having Covid. That means the impressive Trevor Nyakane drops to the bench. Malherbe is that strange type of player who is a better starter than impact player off the bench while Nyakane seems to be able to inject intensity regardless of coming on at minute zero, or 60.

Vincent Koch, who was on the bench in the World Cup final, reprises that role this weekend after missing the first Test while Jasper Wiese makes his first Test start at No 8. Wiese made his Test debut against Georgia earlier this month and is a more like-for-like replacement for the absent Duane Vermeulen.

Kwagga Smith, who started at No 8 in the first Test joins openside Marco van Staden on the bench as the Boks reverted to the 6/2 split between forwards and backs on the bench, known colloquially as the ‘Bomb squad’.

That means Elton Janjties falls out of the squad with Damian Willemse the only outside back on the bench. He can cover every position except scrumhalf. At a push, former sevens star Smith could be forced into backline duty if the Boks suffer a swathe of injuries during the game.

The 6/2 split served the Boks well at Rugby World Cup 2019 but it wasn’t employed last week even though Wiese and Van Staden were available. The fact that Nienaber has reverted to a forward-heavy bench is both a tacit admission that he got it wrong last week and an indication that he wants supreme physicality for his side for 80 minutes.

“We have had an extra week on the training field after a few disruptive weeks in the buildup to the opening Test, so we are confident that the players in the squad will be able to deliver on the physicality and grit that will be required in this match,” Nienaber said.

“We need to be better in every area of the game this week, and the set pieces will be crucial in laying the foundations we need to execute our game plan effectively.

“We also spoke about our discipline and the aerial battle as a team, and we intend to work as hard as possible at training this week to correct the errors that cost us last week.

“We were disappointed ourselves last week, and we all know how important it is to bounce back with a strong performance and show our fighting spirit and pride as a team and nation.

“For most players, this series is a once-in-a-lifetime opportunity, and we desperately want to win the series, so we will fight as hard as we can on the field to win this week so that we can achieve that goal.”

Lions coach Warren Gatland lived up to his reputation as a hard-nosed coach by tinkering with a winning team. He didn’t simply sit back and reward those players that won the first Test by naming an unchanged unit.

Utility back Liam Williams drops out altogether with Daly’s demotion to the bench and flank Hamish Watson also falls out. He is replaced by Taulupe Faletau on the bench.

“As always, selection was incredibly tough,” said Gatland. “However, we’ve made the changes we think are the right calls for the weekend’s game.

“It’ll be another tight contest. We know the Springboks will be hurting and they’ll throw everything at us on Saturday, but I think there’s plenty more to come from us too. We feel we can go up another level from where we were in the first Test and I would expect us to improve.

“It’s the biggest game on the Tour and we have to embrace the expectation that comes with it. As players and coaches, these are the games you want to be involved in. We’re relishing the opportunity to face the Springboks again on Saturday and potentially seal a Series win.”