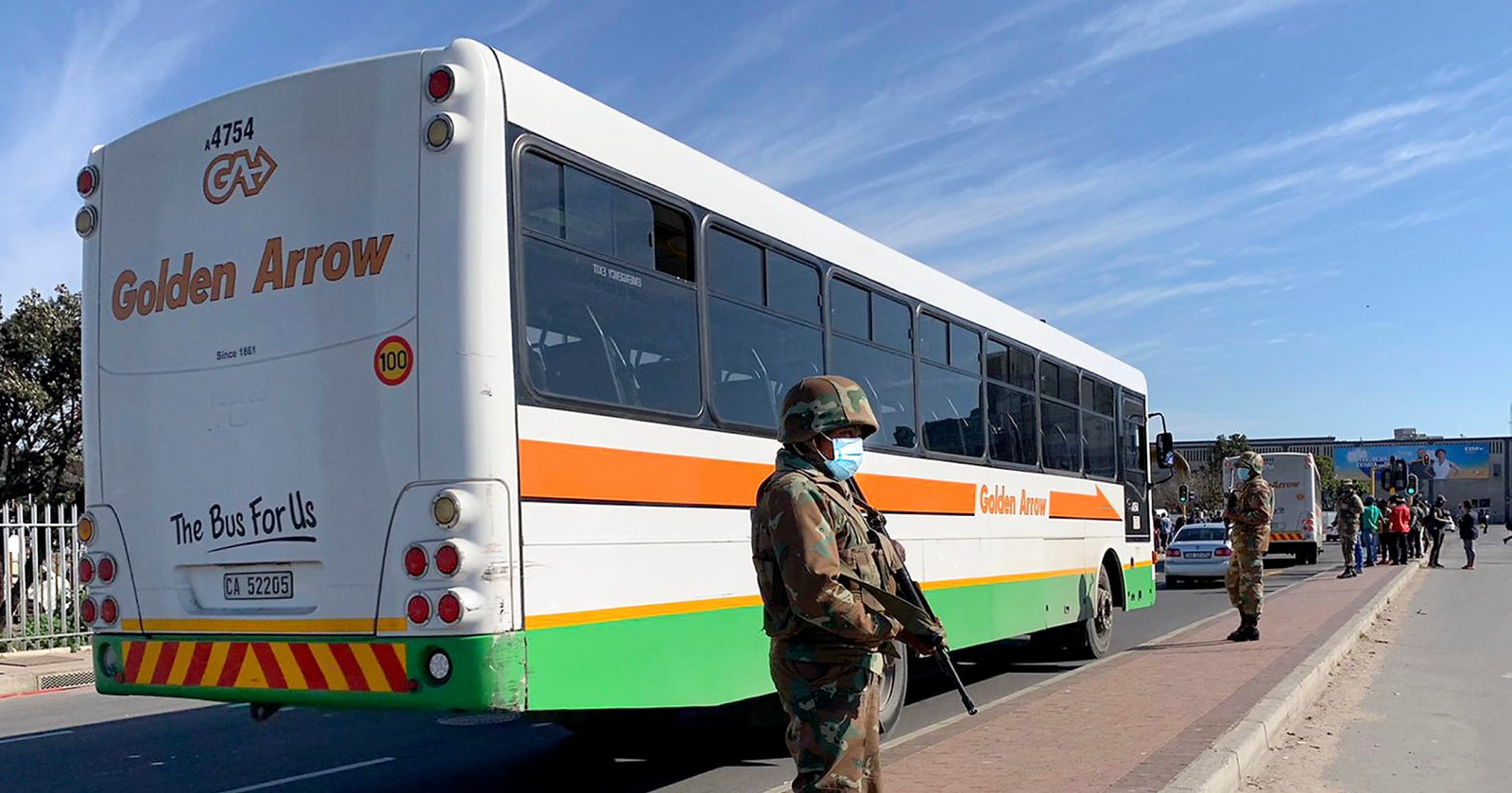 While the proactive approach of police and members of the South African National Defence Force helped provide safe passage to Golden Arrow buses and taxi operators, many learners in Khayelitsha were left stranded on Monday, 26 July.

Drivers belonging to the South African School Transport Association (Sasta), fearing being attacked on Monday, did not venture into the back streets of Khayelitsha. This meant thousands of learners were not picked up from their homes.

On Sunday night, Sasta posted a message on Facebook informing parents that it had decided not to transport learners on Monday out of concern for the safety of the children and the drivers who operated under the auspices of the association.

Khayelitsha Scholar Transport Association chairperson, Simphiwe Bathembu, told Maverick Citizen: “We need to pick up children in front of their homes. This is too dangerous because we don’t know if we are being followed. We are not part of the taxi conflict, but we are being dragged into it.

“These taxi guys are arrogant, dangerous, and especially now when some of them don’t have money, they will take out their anger on us by firing at our school transport taxis.”

Vanessa le Roux, coordinator of Parents for Equal Education (Peesa), said the low turnout of learners at schools in some areas had been noticed. Peesa social media was flooded with messages about parents’ difficulty in getting their children to school.

An educator from Khayelitsha posted that most of their learners from Philippi and Khayelitsha were absent and that the situation would probably continue until the volatility had calmed.

According to the educator, taxi drivers and owners were not allowing private cars to transport more than two children at a time out of these areas.

The low turnout at schools can be attributed to the taxi violence that has spiralled out of control in parts of Cape Town.

The fight between the Cape Amalgamated Taxi Association (Cata) and the Congress of Democratic Taxi Associations (Codeta) is over control of the lucrative B97 route, between Mbekweni (Paarl) and Bellville.

Weeks of negotiations and interventions by both national transport minister Fikile Mbalula and Western Cape transport MEC Daylin Mitchell have failed to break the deadlock. This resulted in Mitchell shutting down the route on Friday, 23 July for two months in terms of Section 91 of the National Land Transport Act.

Confirming the low turnout at the start of the third term, Bronagh Hammond, spokesperson for the Western Cape education department, said: “There are sadly some reports of schools that have lower than usual learner attendance numbers due to the taxi violence and disruption in the City Bowl and surrounds.

“These ‘commuter schools’ generally have a high enrolment of learners from areas on the outskirts of the city centre. One taxi association that transports learners privately also didn’t operate on Monday due to threats of violence, which affected attendance.”

Bronagh expressed regret over the death of a security guard who was attacked at a metro school after being allegedly confronted by vandals on Monday night.

Education MEC Debbie Schäfer condemned the taxi-related violence, saying: “I remain concerned about any further disruptions to public transport as a result of taxi violence. I make this personal appeal to those instigating the violence: please stop.

“Apart from the damage you are doing to our already fragile economy, you will be preventing learners once again from attending school. They have lost out so much. Any further losses cannot be afforded.”

Basil Manuel, executive director of the National Professional Teachers’ Organisation of SA (Naptosa), said his organisation recognised the losses that had been suffered by the rotational timetable system and supported the return to normalisation of schooling.

“We have to recognise it was a necessary thing to do because we are in the midst of a pandemic. Now is the time to get back, because the gaps are growing bigger and bigger and the chances to recover are becoming slimmer and slimmer,” he said.

He said the fact that a number of teachers had not been vaccinated against Covid-19 did not pose a crisis.

“That’s already saying that is a higher percentage than most places would hope to have. I don’t think those numbers pose an additional threat to effective learning,” he said.

According to the latest NIDS-CRAM figures, up to 750,000 learners have dropped out of school during the Covid-19 pandemic. Manuel conceded there had been a significant drop-out rate, but added that the true picture would only become known on 2 August when all primary school learners were expected back.

Manuel said the psychological impact on learners and educators who had lost loved ones, be it through Covid-19 or violence, was a major issue.

Naptosa has suggested to the department of basic education that it hires school counsellors from other areas to help out in KwaZulu-Natal, where learners have been affected by the recent wave of looting and violence.

“A lot of these learners are traumatised, and the teachers too… We need to have an immediate response.”

Meanwhile, MEC Mitchell has been doing the rounds, inspecting security measures at Bellville taxi ranks and areas affected by the ongoing taxi violence. He also visited one of the traffic management centres, keeping an eye on several roads, including the closed B97 minibus taxi route.

Taxi associations and operators unaffected by the conflict received tokens from the City of Cape Town to enter Bellville taxi rank. More Golden Arrow buses were made available to transport passengers between the Bellville public transport interchange and Paarl.

Mitchell underlined that while operations at transport interchanges might be reduced, it is imperative that services along the routes continue to operate. He reiterated that they would not allow elements in the taxi industry to hold legal operators and the citizens of the province hostage.

“I’m aware that our actions have an impact on commuters, but we are confident that the additional support we have provided will help to address public transport challenges until such time as the situation has been stabilised,” Mitchell said.

Western Cape community safety MEC Albert Fritz has commended the proactive approach taken by the police, with support from the SANDF and other law enforcement agencies in hotspot areas, especially on the B97 route.

“Our local enforcement agencies such as the metro police, officers from the Law Enforcement Advancement Plan (LEAP) and traffic officers are on standby to support SAPS in ensuring that our commuters and road users are safe.” DM/MC