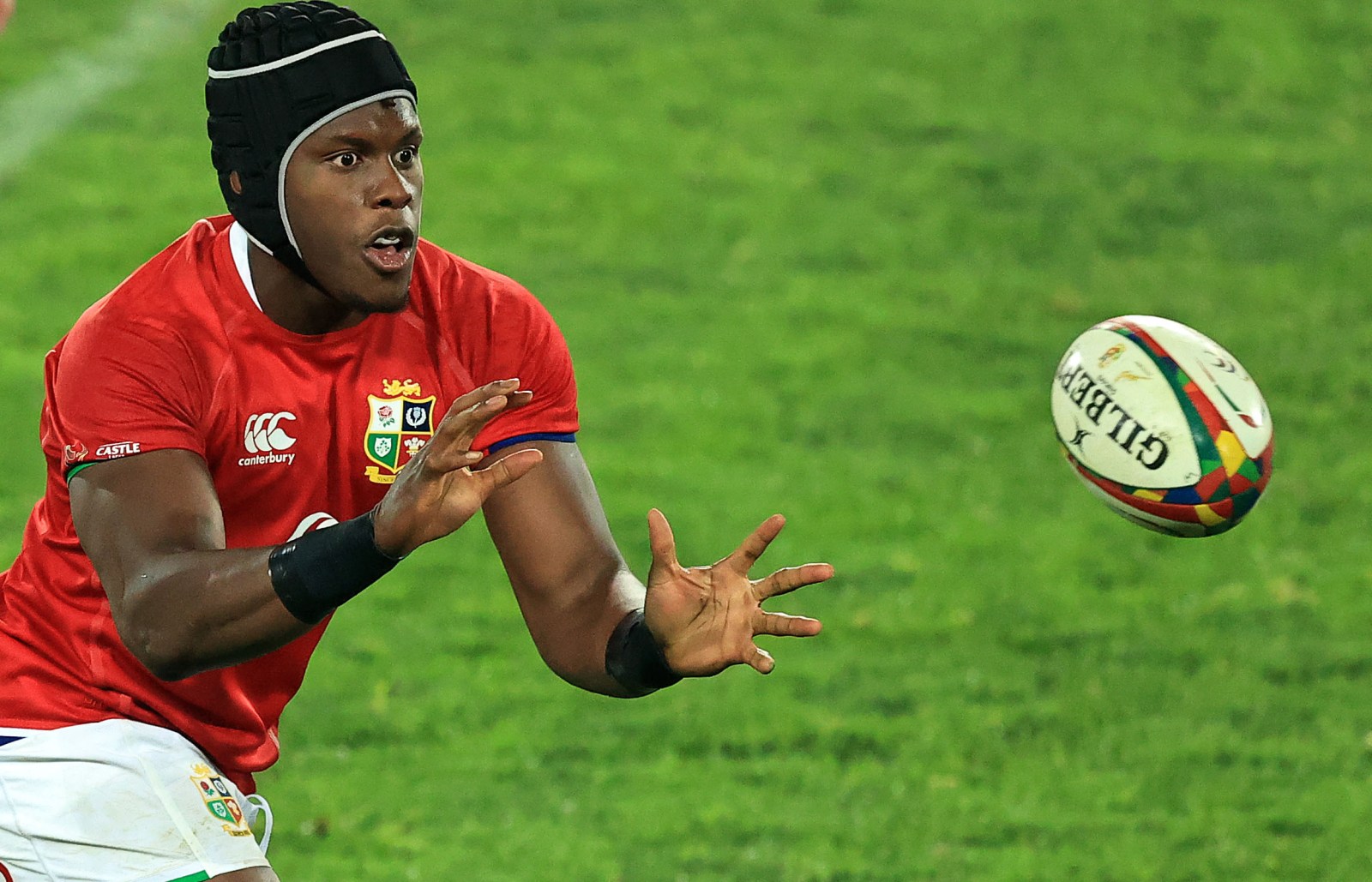 Maro Itoje of the Lions during the match between the Cell C Sharks and the British & Irish Lions at Emirates Airline Park on 7 July 2021 in Johannesburg. (Photo: David Rogers / Getty Images)

Englishman Maro Itoje will be a key figure during the British & Irish Lions’ tour of South Africa. The lock, whose parents are Nigerian, says he is ready to make his second tour as a Lion a memorable one.

The line-out is one of the strongest plays that the Springboks possess in their vast catalogue of winning strategies. However, after almost two years of non-competitive rugby due to Covid-19, the Boks’ line-out prowess will be tested continuously by the British & Irish Lions’ giants.

Warren Gatland, the Lions’ coach for the 12-yearly Test series, knows that nullifying that area of the Boks’ game will be crucial if the visitors are to leave SA with at least two victories when the three-match series ends.

Gatland has at his disposal the likes of veteran lock Alun Wyn Jones, as well as his second row partner Maro Itoje. Additionally, there are also the likes of Courtney Lawes, Irishmen Jack Conan and Tadhg Beirne for the legendary New Zealander to call on. And that’s just the first Test.

If Gatland’s men are to have any joy against the world champions, these bruising behemoths will have to be at their best throughout. Because as underplayed as they are due to Covid-19 issues, the Boks will bring a hard edge to the contest.

“There is a lot at stake for both sides and we have to make sure we bring that physicality, but a controlled physicality,” Gatland said. “The message is making sure we don’t take a backwards step. In 2009 there were a lot of guys running in, pushing and shoving – we addressed that as a squad and said that we wouldn’t take any more of it.

“That is why there was probably that niggle in 2009 and it is part of the way that they have dominated other teams in the world. You have got to just keep coming at them and make sure you don’t take a backwards step.”

Jones, the recently returned Lions’ tour captain, knows that’s where the skirmishes will be most fierce.

“The impact the set piece has on the game is generally huge,” Jones said.

“Knowing the players we are coming up against, the set piece is a pillar of the Springboks’ game but there is an opportunity and variation for us, even coming off the bench. It will add to and aid our attack, so the set piece is a very big focal point considering the team we’re up against.”

In the past, there have been talks of teams facing the Springboks learning Afrikaans in order to follow the line-out calls of the three-time world champions.

Itoje, who will be key in other areas for the tourists other than the line-out, told journalists that he is as prepared as anyone to thwart the hosts during the set plays.

“I can speak Afrikaans, Zulu, Xhosa and English. So, I think I’ll be alright,” said the 26-year-old confidently.

Itoje, who is a lock but can also operate as blindside flanker, is participating in his second Lions tour after making his debut for the team back in 2017, when they toured New Zealand.

During that tour, he was the youngest member of the touring squad. This time around he has a bit more experience under his belt, including the sour experience of being part of the England side that lost the 2019 World Cup final to the Boks.

“I wouldn’t get into the semantics of that [being in the 2017 New Zealand tour], but what I do know is that this time around I’m much more experienced,” Itoje said.

“First time around it was a whole new experience for me being a Lion, first time playing a Lions Test series, first time being in the Lions environment.

“Now I’m a much more rounded player and I think I have a better understanding of the game and I probably have a bit more of an understanding about how I can influence the team in a positive way.”

Thanks to his consistency, which has also seen him win multiple pieces of silverware with Saracens at club level, Itoje is considered to be one of the best rugby players around at the moment.

He is mobile and agile for a man weighing in at 110kg and standing 1,97m tall. He is not an unusual giant in a game of big men, but his agility and athleticism mark him out. Itoje possesses the ability to move into wide channels, make breaks through his speed, and claim turnovers in the ruck.

“I probably know much more about my responsibility than I did four years ago.”

Clash of the titans

In what should be a riveting battle throughout the series, Itoje will come face to face with Eben Etzebeth, who bested him during the 2019 World Cup final.

Bok coach Jacques Nienaber has the likes of Franco Mostert and Lood de Jager to choose from when considering potential partnerships with Etzebeth. The trio were all picked for the first Test and barring injury, the Boks will stick to that triumvirate. Itoje will get to know them well.

But whoever Nienaber settles on will have their work cut out to deal with Itoje in particular. The ageing Jones is not quite the athlete he once was, but he makes up for it in street smarts. He also commands respect, which Itoje heaped on the skipper.

Jones boasts a heap of experience and holds the record of most capped player in the history of international rugby.

Initially an injury doubt after suffering a dislocated shoulder in a Lions’ warm-up match versus Japan, he recovered in just over two weeks to claim his place in the squad.

Itoje is excited to form a formidable partnership with the timeless stalwart, whom he respects greatly.

“Alun Wyn [Jones] looks like a 24-year-old. I don’t know what recovery method he’s using but somehow his hair’s growing back on the top of his head as well,” Itoje told journalists while doing his media duties for the tour.

“Whatever recovery he’s using, I need to get myself on it. Luckily my hair is on point. He’s looking good.

“He is a man of a lot of experience, he’s the tour captain and has that kind of presence about him. It’s great to have him back. He was desperate to be back and desperate to do whatever he can to help make the tour successful,” added the lock.

Itoje will be sure to have learnt a thing or two about longevity from his partner by the end of the tour at the beginning of August. As for actual rugby, he is well on his way to sealing his status as one of the best British players of all time.

A memorable showing in a Lions shirt will push him closer to achieving this status. DM168