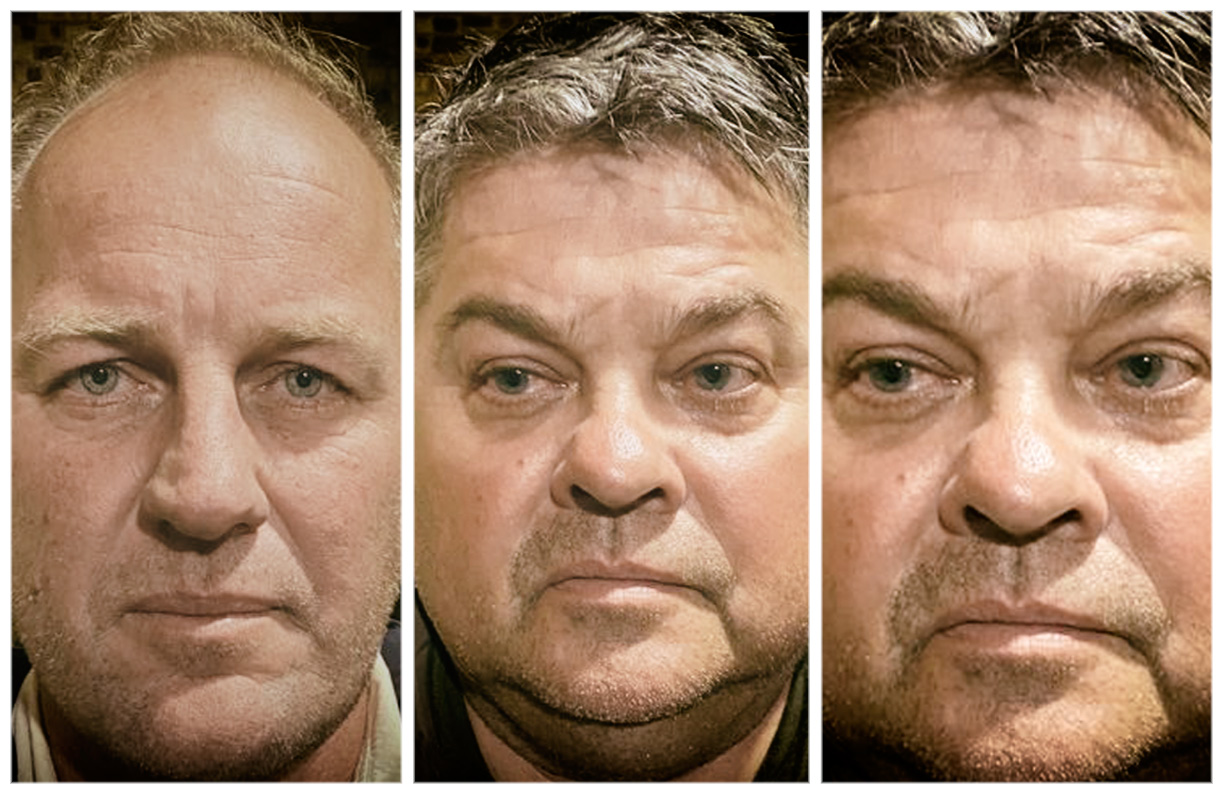 Schalk Steyn (left), with Dawie Groenewald, were apprehended while in possession of 19 rhino horns with an estimated value of R2.6m. (Photo: Supplied)

Dawie Groenewald has managed to stay out of jail after endless postponements of smuggling and racketeering cases against him. Could this be the last time?

One of South Africa’s most notorious alleged rhino syndicate bosses with a genius for staying out of jail, Dawie Groenewald was arrested this week, charged with the illegal possession and selling of rhino horns.

He was apprehended with his co-accused Schalk Steyn, in possession of 19 rhino horns with an estimated value of R2.6-million. Two Toyota Hilux bakkies were also seized.

Groenewald’s Zuma-style use of Stalingrad stalling tactics has kept him one jump ahead of the law for more than a decade. In 2010 he was arrested with nine co-accused, including his wife Sariette, after 20 rhino carcasses were excavated at his farm, Prachtig, following a 15-month investigation called Project Cruiser. Further investigations revealed the horns had been removed before the animals were buried.

The 10 faced 1,736 charges, including racketeering, organised crime, money laundering, illegal hunting of rhino and dealing in rhino horn. Since then trial date postponements have stacked up.

In 2014 the United States Department of Justice appealed to South Africa to extradite Groenewald and his brother, Janneman, to face criminal charges, including money laundering and violating environmental laws.

He was alleged to have solicited wealthy Americans to hunt rhinos at his farm in Musina and to have sourced rhino horns from other farmers for the illegal international black market. A Limpopo court refused the extradition order and his arrest by Interpol.

Groenewald was also linked to a Czech poaching syndicate operating between South Africa and Vietnam, but denied any knowledge of the outfit.

The postponements continued, one caused while the prosecution awaited a Constitutional Court ruling that finally confirmed the lifting of South Africa’s moratorium on domestic trade in rhino horn. The outcome was that the State dropped about 60 charges against the accused and an amended charge sheet was subsequently served on the group.

In 2018, the trial was postponed yet again, this time to 2021, though the prosecution at the time said it had been ready for more than a year to call its witnesses.

In February Judge Bert Bam in the Pretoria High Court demanded to know why the trial had been delayed for so long. “This case has been dragging its heels for very long. I want to know what the delays are and what is going to be done to streamline the process,” the judge said.

He demanded a detailed affidavit from the defence team, setting out what caused the delays. “I have no idea what is going on and it is very peculiar that this case is not moving forward. If I find that anyone has delayed this matter on purpose, I will consider making an appropriate order in that regard.”

The case was set for March, but it seems Covid intervened.

The accused were out on bail when they were arrested in connection with an attempt to smuggle 19 more rhino horns. DM/OBP