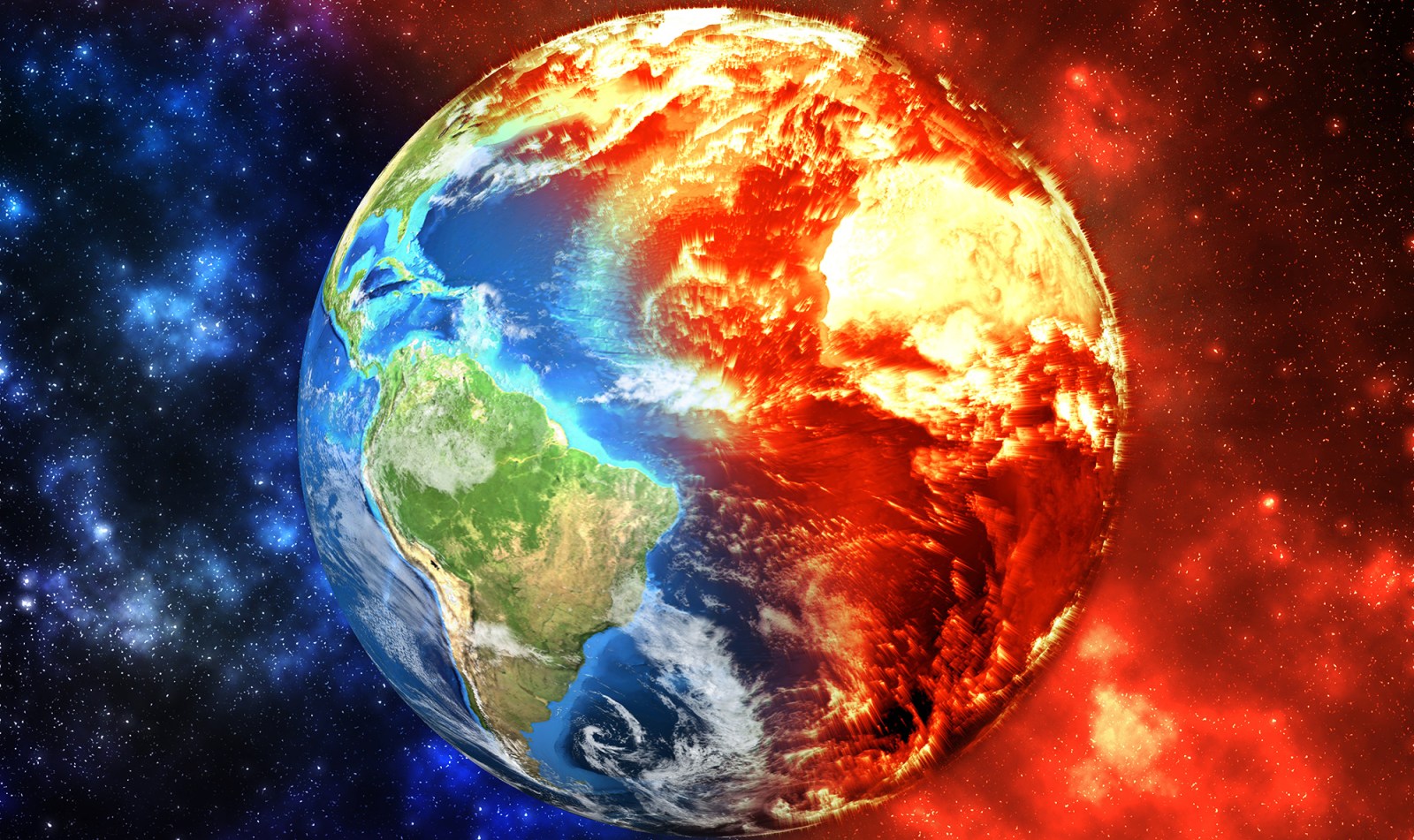 With carbon dioxide emissions poised to rise to record highs in 2023 and global average temperatures potentially reaching above the 1.5°C tipping point in the next five years, the climate crisis has never been more salient.

Some time in the 2030s, it is projected, the global average temperature will have increased from pre-industrial levels by 1.5°C. For South Africa to avoid the multi-year droughts, severe heatwaves and extreme weather events expected to accompany this change, greenhouse gas emissions need to be radically reduced — and soon.

It should be concerning then that the International Energy Agency (IEA) this week announced that “full and timely implementation of the economic recovery measures announced to date would result in CO2 emissions climbing to record levels in 2023, continuing to rise thereafter”.

At the same time, the World Meteorological Organization (WMO), a specialised agency of the United Nations, has predicted that it is increasingly likely that the annual average global temperature will temporarily reach 1.5°C above pre-industrial levels in at least one of the next five years.

The IEA’s Sustainable Recovery Tracker report notes that, of the estimated $16-trillion in fiscal support marshalled by governments aimed at stabilising and rebuilding their economies in the wake of the pandemic-induced economic crises, only $380-billion — or roughly 2% — has been directed to clean energy measures.

“Not only is clean energy investment still far from what’s needed to put the world on a path to reaching net-zero emissions by mid-century, it’s not even enough to prevent global emissions from surging to a new record,” said Dr Fatih Birol, executive director of the IEA.

It shows that only 2% of fiscal support goes to clean energy transitions ➡️ https://t.co/8WzlGaDJu5 pic.twitter.com/fvVudGeDMb

The WMO predicts that there is about a 40% chance of the annual average global temperature temporarily reaching 1.5°C above pre-industrial levels in at least one of the next five years. The report says that there is a 90% likelihood of “at least one year between 2021-2025 becoming the warmest on record”.

He continued: “This study shows — with a high level of scientific skill — that we are getting measurably and inexorably closer to the lower target of the Paris Agreement on Climate Change. It is yet another wake-up call that the world needs to fast-track commitments to slash greenhouse gas emissions and achieve carbon neutrality.”

The UN Intergovernmental Panel on Climate Change (IPCC) has identified the 1.5°C average temperature increase as a tipping point in the climate crisis. It says that after reaching this tipping point, we can expect “warming of extreme temperatures” in many regions, increases in “frequency, intensity and/or amount of heavy precipitation” in several regions, and an increase in “intensity or frequency of droughts”.

“It’s a line in the sand and what it says to our species is that this is the moment and we must act now,” Debra Roberts, a co-chair of the IPCC working group on impacts, said in 2018. Well, that line is likely to be crossed — albeit temporarily for now.

Professor Francois Engelbrecht, eminent climate scientist and one of the lead authors on the IPCC report, told Daily Maverick that 1.5°C is more than an aspiration and why temporarily crossing that threshold is more a warning of things to come than the start of the end of the world.

“The report found that, indeed, we should try to restrict global warming to 1.5°C and the number one reason for that is that the constantly refining climate science had determined that the threshold at which the Greenland ice cap may start to reverse at an irreversible way may in fact be somewhere between 1.5 and two degrees Celsius of global warming. So staying below two degrees may not even be enough to prevent the irreversible melting of the Greenland ice cap.

“It will take many centuries for the ice sheets to melt away completely if the process is triggered, but still it means our generation will commit future generations to a different world where sea levels are about 12 metres higher than they are today,” he explained.

“In that scenario, we will of course face what is currently regarded as the worst case of what we may see in terms of sea-level rise in this century, which is an increase of about one metre by the end of this century. Now one metre of sea-level rise is already very harmful because that is enough to displace hundreds of millions of people from low-lying areas of the world.”

Engelbrecht explained that: “It is not only about sea-level rise. The report found that a range of extreme weather events will occur more frequently at 1.5°C of global warming than they are happening today. As you and I speak today it is now estimated that we are sitting at 1.2°C of global warming [above pre-industrial levels]. So we are very, very close to the threshold.

The professor explained that the distance between 1.5°C and 2°C, however, is more than a buffer zone.

“There are substantial benefits in the form of reduced risks if we can keep global warming to below 1.5°C. We substantially reduce the impacts of extreme weather events on — for example — countries’ economies. We are starting to gamble as soon as global warming goes above 1.5°C. The impacts don’t always increase linearly as the global warming level increases. So 1.5°C is not an innocent threshold, there is a lot of physics that has a high likelihood of setting in above the threshold of 1.5°C of global warming.”

Asked about the WMO report and the possibility of “temporarily” exceeding the 1.5°C threshold, Engelbrecht responded that, “There is a risk that we can also temporarily exceed that 1.5°C threshold. The world also has a natural variability in its climate and in the global surface temperature. And the main mechanism that causes that variability is the El Niño and La Niña events in the Pacific Ocean.

“Because of this natural variability, if we now should run into a strong El Niño event then the world may temporarily run into that 1.5°C value. As soon as the El Niño disappears or as soon as the La Niña appears then the world’s average temperature will fall again to below 1.5°C.

“Every single year that we continue with pumping carbon dioxide emissions into the atmosphere we continue the planet’s upward trend in temperature. If emissions continue then in 2030 we will reach that 1.5°C threshold and then it becomes permanent.”

The findings of the IEA’s Sustainable Recovery Tracker report read in conjunction with the WMO’s findings are particularly prescient when set against the backdrop of extreme weather events taking place across the globe. These events offer us a glimpse into the none-too-distant projected future if emissions are not reduced substantially and in short order.

In China this week, 25 people died and 100,000 have been evacuated in floods caused by three days of rain described by the Zhengzhou weather bureau as being at a level only observed “once in 1,000 years”. According to the BBC, the equivalent of a year’s average rainfall has fallen in just three days.

In North America, parts of the continent have been scorched by a record-breaking heatwave. A number of cities and towns in the US and Canada recorded temperatures far above 40ºC. In one village in Canada, a new all-time Canadian temperature record of 49.6ºC was set. That same village was destroyed in a wildfire shortly thereafter.

A group of scientists who form the collective World Weather Attribution, using peer-reviewed methods, analysed how human-induced climate change affected the maximum temperatures. Their conclusion is that the extreme heat in the western parts of North America was “virtually impossible without human-caused climate change”.

In November, world leaders will gather at COP26 in Glasgow, Scotland for what is increasingly shaping up to be the latest in a round of crucial climate change negotiations.

From floods in Germany and China to wildfires and heatwaves in Canada and the US, extreme weather events remind us of the urgent need to address the runaway anthropogenic climate change now on full display. DM/OBP