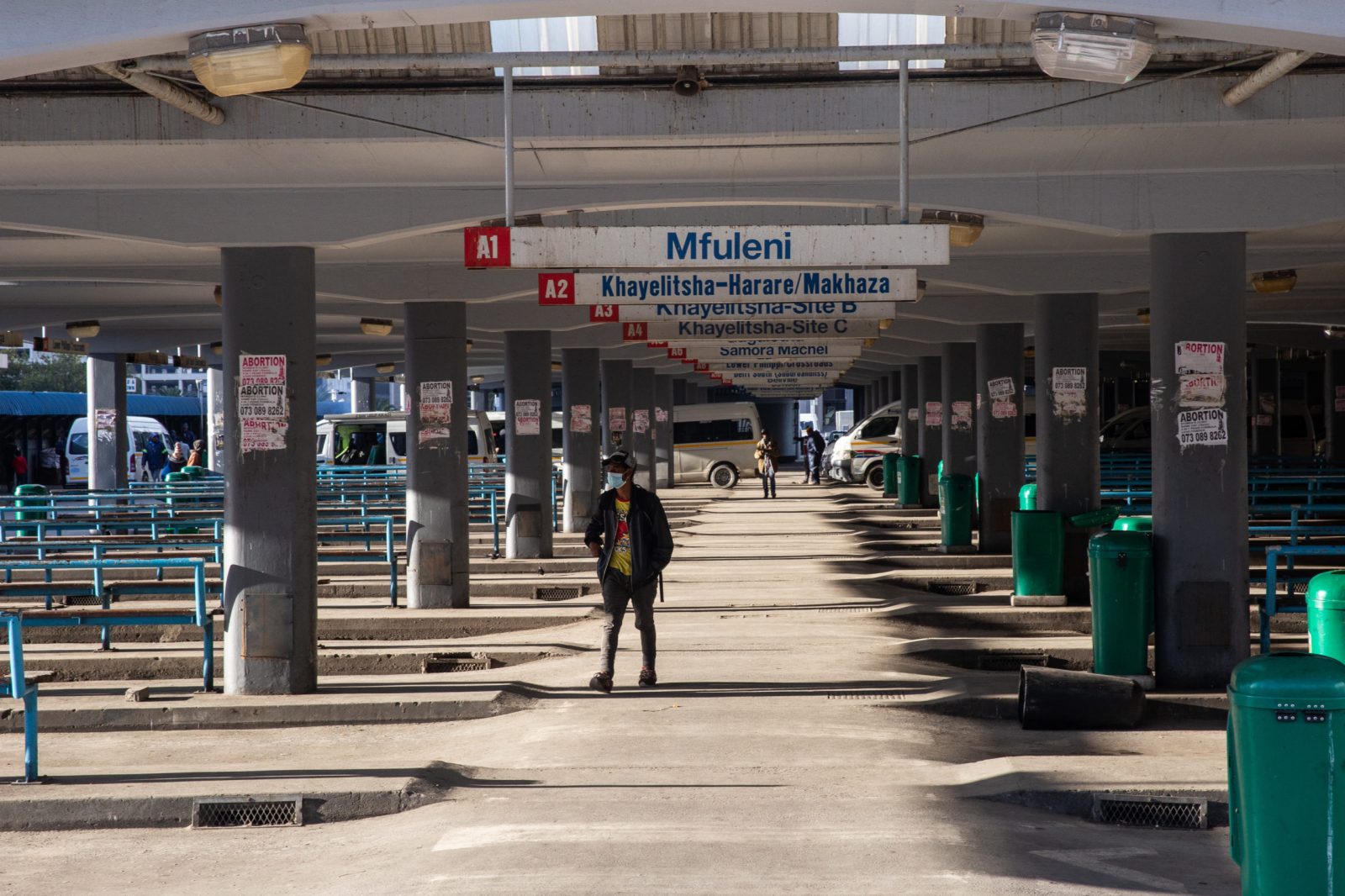 The Western Cape provincial government has proposed sweeping measures to rein in the taxi industry that has left hundreds of thousands of Cape Town commuters stranded, particularly people living in Khayelitsha.

Other modes of transport in the city, such as buses, amaphela and e-hailing services, have faced real and threatened violence from minibus operators, and were not operating in a number of Cape Town areas on Tuesday. Khayelitsha has not been served by either the city-run MyCiti bus service or Prasa’s train service for three years.

Premier Winde said that the province was dealing with a “very serious matter raising its head… Warlords and thugs in the taxi industry holding our citizens to ransom need to be arrested and taken off our streets.”

Winde said that the province’s law and order units had been focused on preventing the looting that occurred in Durban and Gauteng last week, but this week had moved to the taxi war hotspots.

Winde said that SAPS and law enforcement vehicles had now been deployed to escort citizens on board buses to their homes. “It is critical through this deployment that these thugs get arrested… bus drivers are being terrorised,” he said.

Lieutenant-General Patekile said the police had shifted more resources from malls. He said that there had been no more buses shot at since police escorts began.

Patekile said that the police are performing random firearms checks. Any guns that are found are sent for ballistics testing to establish whether they have been used in the taxi violence. Since Friday, the police have arrested 12 suspects from Cape Amalgamated Taxi Association (Cata) and Congress for Democratic Taxi Associations (Codeta) and they have confiscated 14 firearms.

Transport MEC Daylin Mitchell said that he was disappointed that there has been no official agreement between Cata and Codeta despite weeks of engagement.

“This conduct by a criminal few is holding many to ransom in the Western Cape,” said Mitchell.

In a Tuesday statement released after the press conference, Winde said that the province was requesting that the soldiers currently operating in the province be deployed to protect commuters. Other proposals included: legislation to empower the province to close routes and ranks in consultation with SAPS; a proposed court action to place Santaco associations under administration; the suspension of financial support agreements between Santaco and the province; the suspension of Blue Dot incentive payments to Cata and Codeta; a declaratory order that would confine Cata and Codeta to specific geographic areas; and, an interdict against bodies like Cata and Codeta to prevent them from establishing themselves outside demarcated geographical areas.

JP Smith, the Mayco Member for Safety and Security, said in a Tuesday statement, “The city is doing all it can to help ease the situation.”

Metrorail’s services along the Central Line, from Langa to Chris Hani and Kapteinsklip stations, have been closed since 2019. Currently, trains from the city on this line terminate at Langa. Beyond this, a thousands-strong informal settlement built on the tracks must be moved before the marathon task of restoring gutted rail infrastructure can begin.

Metrorail spokesperson Riana Scott said that the anticipated reopening of the Central Line is May 2022, at a provisional cost of R1.2-billion.

Scott said Metrorail staff had been affected by the taxi war. “The fluidity of the current security situation continues to impact our service provision adversely. The uncertainty around staff attendance to open stations and operate trains makes it very difficult to plan services — a significant number of employees rely on public transport.”

Scott said that Metrorail suspended its services last Friday due to a Covid-19 outbreak and 20 train crew and operations staff are still in isolation.

The MyCiTi bus service operation that serves the Cape Flats, the N2 Express, was suspended on 31 May 2019. Hopes for the line reopening lie in “a mediation process,” according to city spokesperson Luthando Tyhalibongo. He said the service was suspended when the three shareholders of the N2 Express Company were not able to come to an internal agreement regarding a further contract with the City of Cape Town. DM