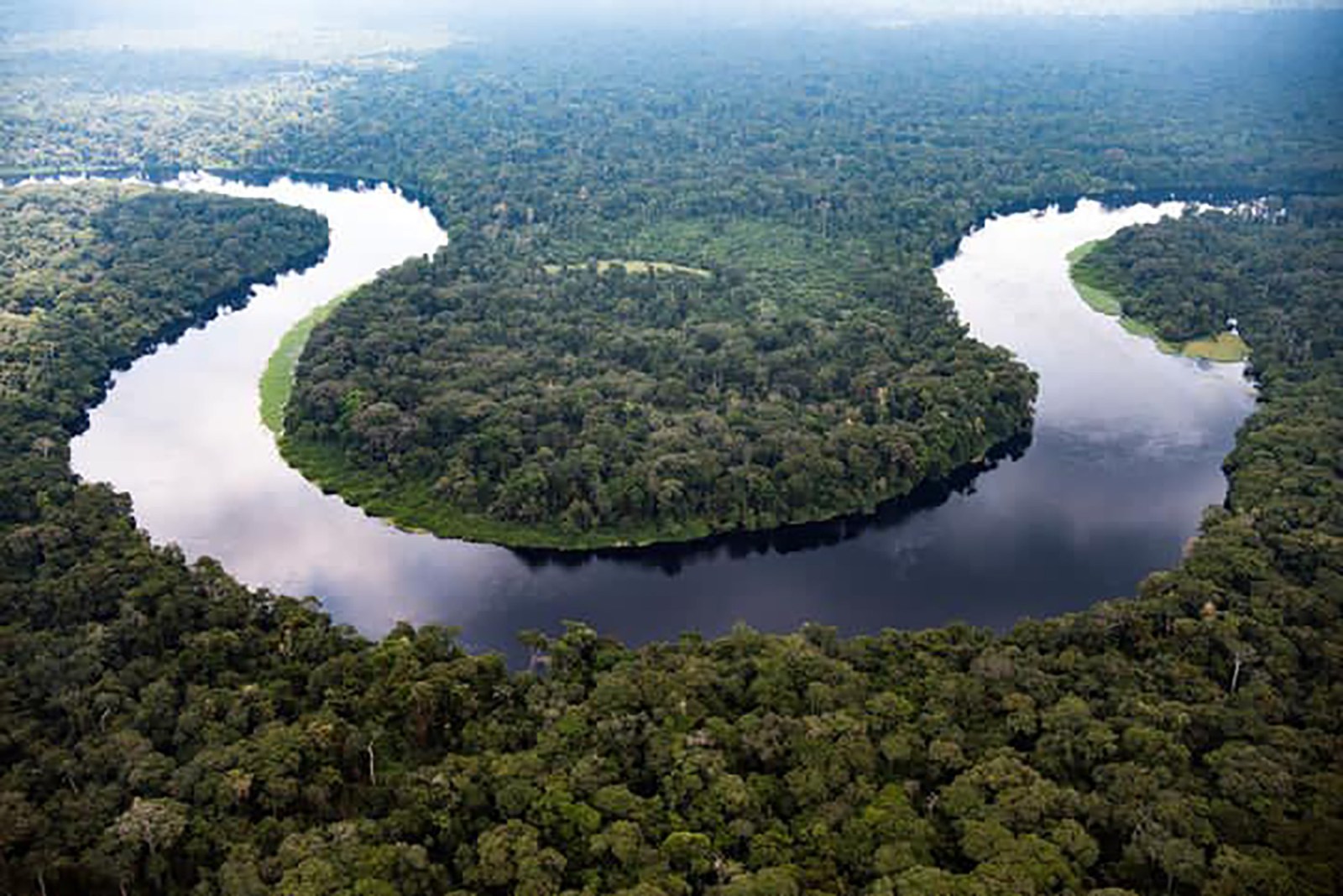 Salonga National Park in the DRC is no longer on the Unesco List of World Heritage in Danger. (Daniel Beltrá / Greenpeace Africa)

The Salonga National Park in Democratic Republic of the Congo has been removed from the endangered heritage sites list due to improved security measures and conservation efforts that have seen stabilising bonobo and elephant populations.

Democratic Republic of the Congo’s (DRC’s) Salonga National Park is no longer on the List of World Heritage in Danger, the United Nations Economic, Scientific and Cultural Organization (Unesco) has announced.

The removal of Salonga from the list is due to improved conservation efforts and anti-poaching measures and better management of the park, the World Heritage Committee said.

The World Heritage Committee said DRC authorities have declared oil concessions overlapping into Salonga null and void, adding that the oil block will be excluded from any further auctioning, thus removing the park from the endangered list.

Greenpeace asked the DRC and Unesco for a map of the blocks that are still being auctioned in the Cuvette Centrale region — a forest and wetland area at the centre of the Congo Basin.

“Greenpeace Africa urges full transparency from both Unesco and the DRC government and calls for the publication of all supportive documents regarding the decision to cancel the aforementioned oil blocks,” Greenpeace Africa said in a statement.

Irene Wabiwa Betoko, International Project Leader for the Congo Basin forest said in a statement issued by Greenpeace Africa that the decision to cancel oil blocks in Salonga by DRC President Felix Tshisekedi must apply across the Cuvette Central region.

“These are vast areas rich in biodiversity that provide clean water, food security and medicine to local communities and which render environmental services to humanity,” Betoko said.

“DRC’s auctioning of oil blocks has not only been scandalously lacking transparency and menacing for particularly sensitive environmental areas — they neither benefit Congolese people nor the planet,” Betoko added, saying that the DRC’s economy should be diversified to benefit all through renewable energy investments.

According to Greenpeace, almost two million hectares of DRC’s OIL DIG oil blocks overlap with the Congo Basin peatland and is estimated to contain 30 billion tons of carbon, or the equivalent of 20 years of US fossil fuel emissions.

350Africa.org regional organiser Christian Hounkannou said in a statement that he was happy to learn about the status of Salonga National Park.

“We hope this move will go a long way in ensuring the conservation of these protected and fragile ecosystems. We must however note that yet another Unesco World Heritage Site, Virunga National Park, is under threat due to the issuance of licences of oil exploration in the park,” Hounkannou said, appealing to the DRC government to cancel all oil licences in order to save Virunga, Africa’s oldest national park.

Salonga is the biggest tropical reserve on the continent and the second-largest forest in the world, after the Amazon. Mbithi said the park plays a fundamental role in climate regulation and the absorption of carbon from the atmosphere.

Justin Mutabesha, of the Association of Young Visionaries for Development of the Congo, added that as local activists living in the area, they welcomed the decision and were also calling for the immediate halt to the granting of exploration licences in Virunga, which is still in danger and threatening the lives and rights of people in the area.

“We want our government to respect the laws of the Republic and international conventions on protecting the environment, promoting and protecting human rights. The government should prioritise investments in renewable energy to promote the sustainable development of local economies within protected areas,” Mutabesha said.

The park is in an isolated area that is only accessible by water and is home to several endangered species such as bonobos, the Congo peacock, forest elephant and the African slender-snouted or “false” crocodile. According to Unesco, regular monitoring has shown that the bonobo population has remained stable and the forest elephant population has started to recover. DM/OBP