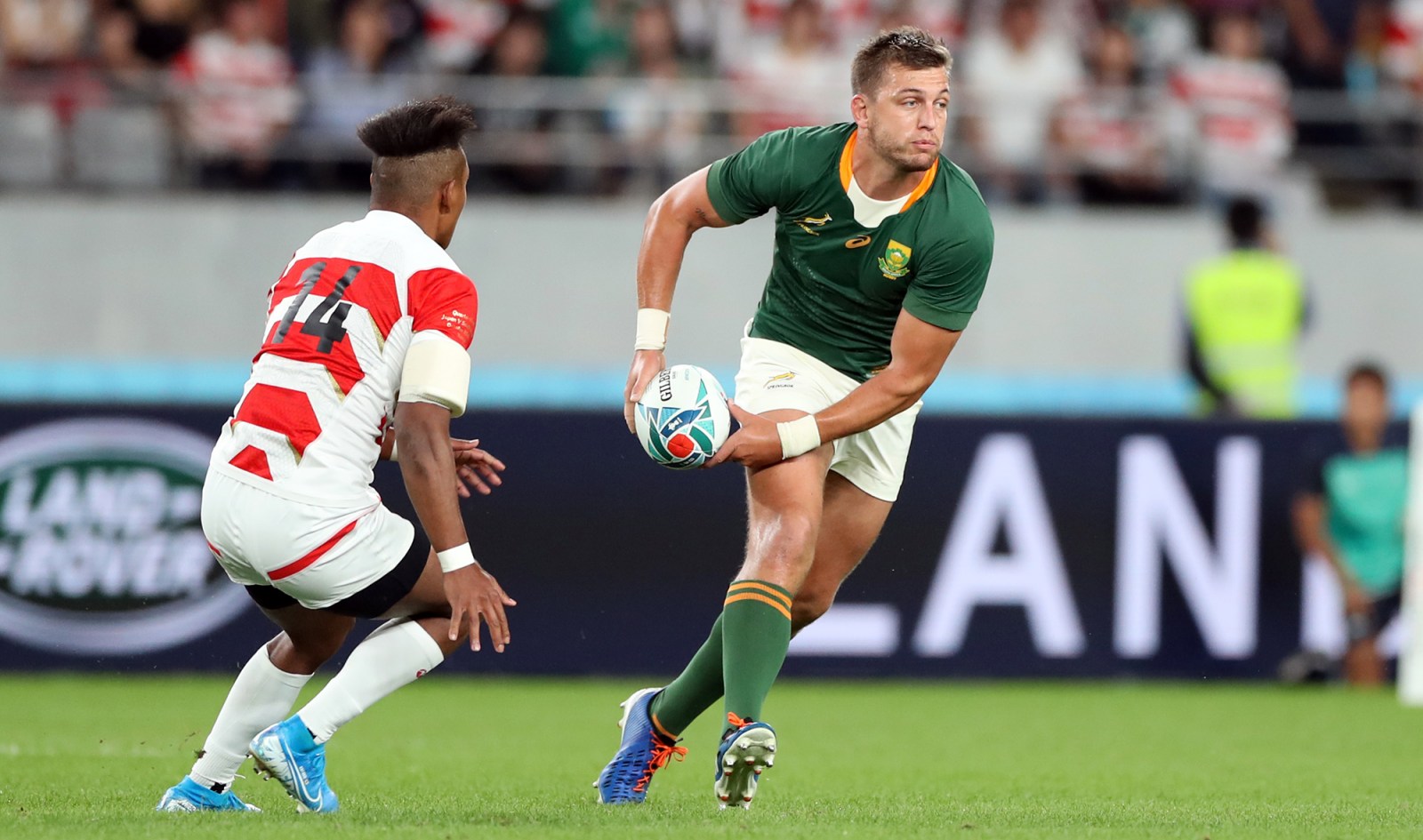 Handre Pollard is either a deadly poker player who can hide a menagerie of butterflies in his stomach, or he is a supremely confident athlete primed for one of the biggest tasks of his life. Based on his track record, the latter is almost certainly the case.

An unruffled Pollard chuckled and deadpanned his way through some pointed questions about his and the Bok team’s readiness for the titanic once-in-a-generation series against the touring Lions this week.

He spent 10 days in isolation even though he admitted that he “had no symptoms”, while a dozen of his teammates have also been caged by Covid protocols in the lead-up to the series. None of this appears to have fazed him.

Surely that makes you underprepared for the task that lies ahead, he was asked. “Personally, I’m feeling good. I was lucky not to have symptoms, so it was about getting through the 10 days,” Pollard said of his isolation.

“Walking into the team room [on Monday], the vibe was good and there is some tension, so the preparation and the talking is done; it’s time to get into the matches.”

Pollard has always oozed confidence, from making his Test debut as a 20-year-old in 2014, to scoring two tries against the All Blacks a few months later as the Boks recorded their only win over New Zealand between 2012 and 2018 with Pollard pulling the strings.

Then there was the 2019 Rugby World Cup (RWC) campaign where Pollard showed his class when it mattered most — the semifinal and final. His performances in the 19-16 win over Wales and the 32-12 mauling of England were the equivalent of anything that any other World Cup-winning flyhalf had produced before him.

He was as influential as Jonny Wilkinson for England in 2003 and All Black Dan Carter in 2015.

In the RWC semifinal and final in Japan, he landed 13 of 15 kicks at goal, notching up 36 points in the two biggest matches of the tournament. At nearly 100kg he is a big unit in a busy channel and the Boks conceded only three tries in the four games he started throughout the tournament.

Under the most pressure, Pollard delivered. Literally, everything orbits around him. The sight of a relaxed-looking Pollard won’t have made Lions coach Warren Gatland sleep any easier.

Out of the 47 players in the current Bok squad locked up with wives/partners and children at The Cullinan hotel in the Cape Town city centre, Pollard is the one they can least afford to lose in this series.

The Bok coaches never openly gush over their players, and they never publicly criticise them either. But everyone knows that Pollard is one of the few men on both sides that could single-handedly swing the outcome of the series.

Pollard’s goalkicking is the obvious yardstick by which to measure his value, but there is so much more to the muscular package. His tactical kicking, steely defence, ability to take contact and win the gain-line battle, and perhaps most undervalued of all, his serenity under pressure, are immense.

Of course, there are high-quality players all around the flyhalf and one man cannot win the series alone. But in a game of small percentages and wafer-thin differences, Pollard can tilt the balance to his side with consistent brilliance. And the higher the stakes, the better he plays, which is the hallmark of all the greats.

Pollard is only 27 and in the prime of his career. After a series of career-threatening injuries, he is out to make another career-defining statement to underline his status as a modern great. Most in South Africa already believe it, but outside of this country he is slightly underappreciated.

Am to captain Boks

With skipper Siya Kolisi unlikely to be named when coach Jacques Nienaber reveals his squad for the first Test due to lack of preparation time because of Covid protocols, centre Lukhanyo Am will captain the Boks.

Although Pollard was official vice-captain against Georgia nearly three weeks ago, Am captained SA “A” when they beat the Lions a week ago. Not only did Am deliver a stellar performance, he was a calm voice in the referee’s ears — a trait that is vital in the modern game.

Given Pollard’s leadership role as chief playmaker and on-field decision-maker, leaving Am as skipper makes perfect sense. Pollard would take on the role easily, but he will also not be harmed by missing out on extra duties. Am is perfectly comfortable and highly respected.

Former Bok coach Peter de Villiers was quoted in the UK Daily Mail accusing the Boks of a “boring” style of rugby. It was a predictably familiar attack on the team De Villiers led to a 2-1 series win over the Lions in 2009 — ironically playing a similar style of rugby to that which the current squad employs.

The Boks’ first Test victory in 2009 was built on the power of their scrum and they won the second based on their brutal physicality. How conveniently De Villiers seems to have forgotten those facts.

“The Springboks are the world champions and we all are grateful for that. But I don’t think people will copy that style of play,” De Villiers told the Daily Mail, seemingly without a hint of irony.

Naturally, Pollard was asked if he subscribed to the “boring” moniker. Instead of excusing the Boks’ style, or worse, apologising for it, Pollard embraced it.

“For me, after my wife, our style is the most beautiful thing in the world,” said Pollard with a chuckle. “It’s the way we are brought up and it is the way we play and for me personally that is a thing of beauty. Throwing the ball around is nice for people watching on TV.”

One thing about this Bok team is that they make no apologies for their style and nor should they. If winning a World Cup final by 20 points and scoring two wonderful tries through their wings is boring, then expect a lot more of it in the weeks and years to come.

And at the centre of it, will be Pollard, pulling the strings and directing his forces with precision. To mangle an idiom… boring is in the eye of the beholder. DM