Don’t panic: South Africa’s resilience will put food on the table in the wake of KZN looting mayhem 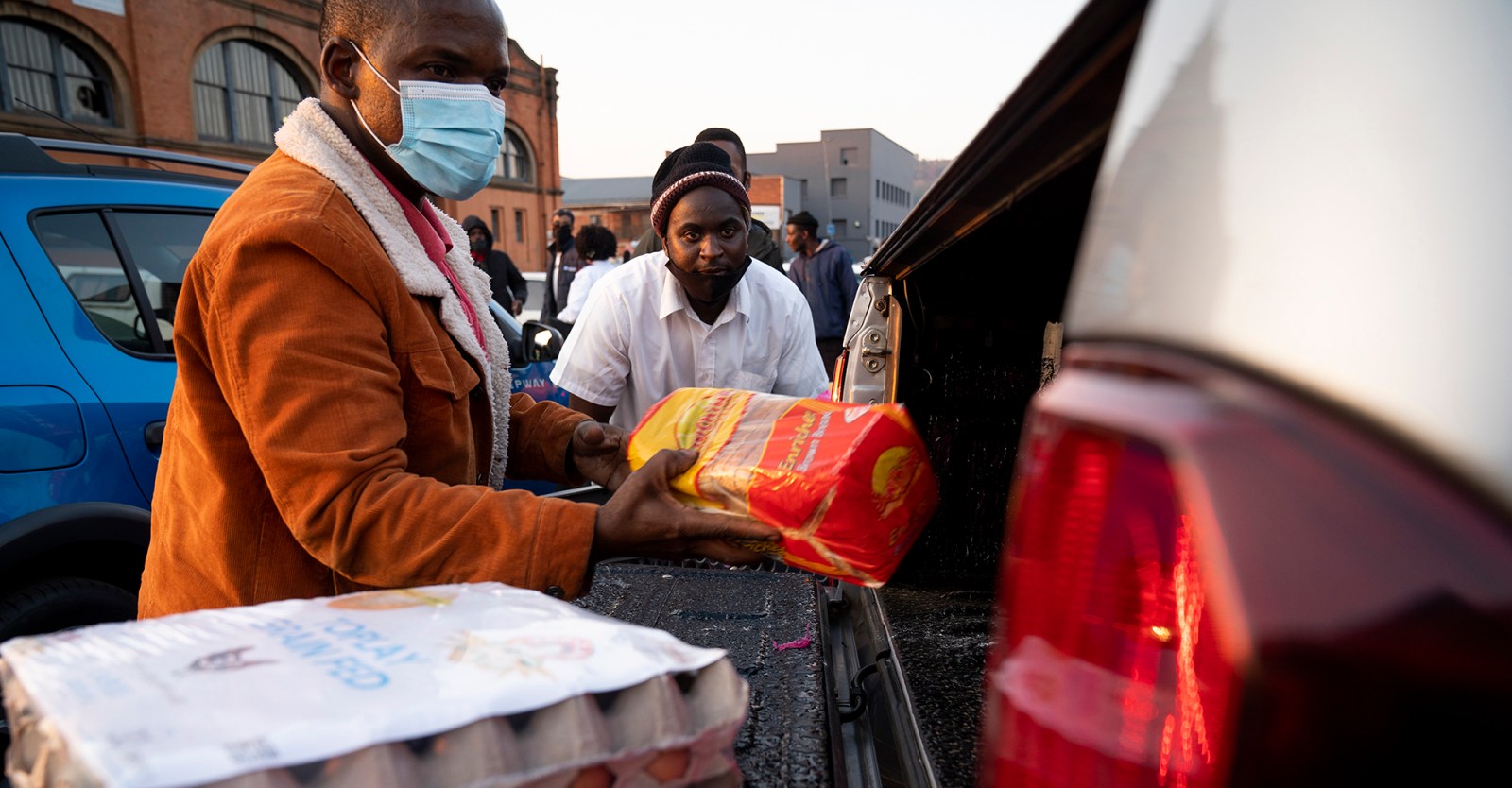 A man loads essential food items into his van in the Pietermaritzburg CBD on 15 July 2021. (Photo: Shiraaz Mohamed)

The cost of the unrest to businesses and communities will be high, but food shortages are unlikely to be a reality in South Africa — which is why people should avoid panic buying since this creates a self-fulfilling prophecy and deepens anxiety.

Since the start of the unrest in KwaZulu-Natal and parts of Gauteng, there has been rising concern about food availability. This is understandable as the public feared that the looting and vandalism destroyed some food distribution centres and retailers, and caused blockages in key logistics corridors.

This was especially the case in KZN, and to a lesser extent in parts of Gauteng where unrest was concentrated in areas such as Soweto, Mamelodi and Vosloorus. For specific areas in KZN, the main concern was not necessarily the availability of food, but access to food due to disruptions in distribution centres and road networks.

As we argued a few days ago in The Conversation, KZN isn’t the epicentre of agriculture in the country and also not necessarily an anchor to the South African food system. Provinces in central South Africa — the Free State, Gauteng, Mpumalanga, North West and Limpopo — hold far more critical positions in terms of food production and processing. For example, maize meal and wheat flour — both staples in most South African diets — are primarily produced in the Free State, Mpumalanga, North West and the Western Cape. These provinces account for more than 60% of each of these grains’ production and process more than 50% of them.

Still, KZN is pivotal for the trade of agricultural and food products (among other goods that pass through the port of Durban). The major transits to and from the port are the N2 and N3 highways, which were also temporarily closed due to the unrest. This warranted an urgent intervention from the government. Amid these fears, food and agriculture industry stakeholders met Minister of Agriculture, Land Reform and Rural Development Thoko Didiza to formulate interventions that would address food access problems and logistics constraints in KZN and parts of Gauteng.

The major outcomes of this meeting were a commitment by all stakeholders to work with the security cluster to open the N2 and N3; ensure the provision of security to enable the resumption of critical basic food operations, such as bakeries and mills; facilitate temporary exemption on competition policy to enable businesses to strengthen their coordination in transporting and distributing food, as opposed to sharing pricing strategies; and unlock the flow of logistics and supply chains at the port of Durban to enable the handling and offloading (discharging is usually the term used) of food products.

These interventions have already been actioned by both the government and businesses. The basic food operators such as bakeries and the national roads — N2 and N3 — are now operational, although security remains a key issue and everyone should remain vigilant. Moreover, the minister of trade, industry and competition published regulations on 15 July permitting firms to share information and coordinate better to respond to food needs in KZN. Also, Transnet and various stakeholders have resumed some activities in the port of Durban. These interventions signal progress from a bleak picture a few days ago.

Notably, this also means the fears about access to food in various parts of South Africa should ease as the opening of the N2 and N3 means the raw material needed in KZN and other parts of the country can now be transported. The recent interventions show that when industry and the government work together they can achieve tangible results.

While these developments are encouraging, the security risk remains. This is an area in which the government, business and social partners should continuously engage to bring normality to KZN. The loss and cost to businesses and communities will become clear in the coming months, but anecdotal evidence suggests it will be significant and felt for a while, especially since most businesses and communities are also battling the impact of Covid-19.

In essence, food shortages are unlikely to be a reality in South Africa. This is why consumers should avoid panic buying since this creates a self-fulfilling prophecy and deepens anxiety. There are large food supplies following a good agricultural season. Also, the resilience of South Africa’s food supply chains is likely to withstand the current shock. Importantly, coordination and engagement between business and the government are crucial to counter the current unrest in the province, and to the rebuilding phase. DM