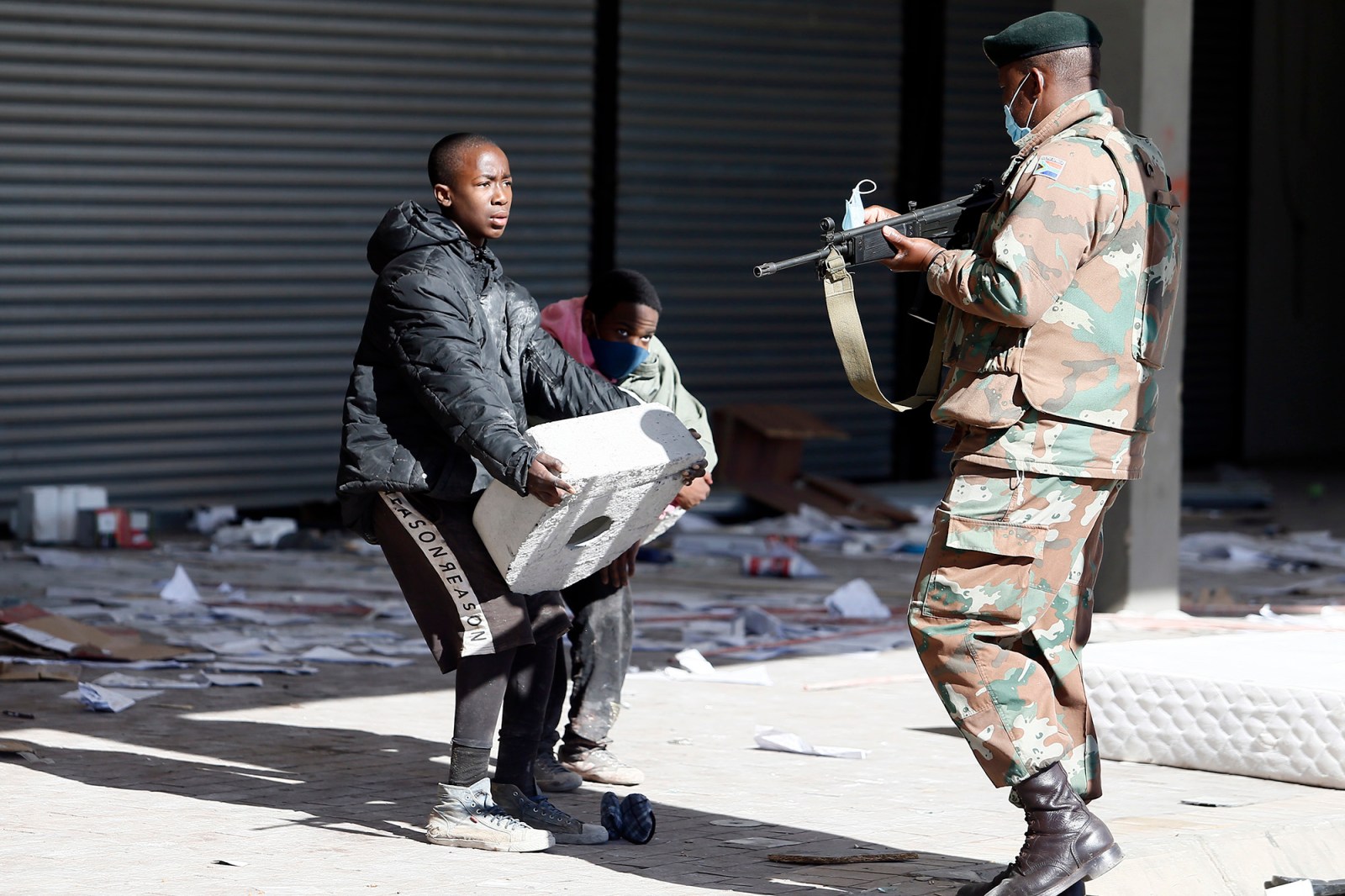 Reflections on a week of devastation.

It’s a Tuesday morning at Diepkloof Mall, Soweto. A tearful businesswoman stands in the middle of the ruins of what just two days ago was a thriving shopping mall.

Nokuthula Myeza is in pain after watching her life’s work disappear. Her family will starve, dreams and hopes shattered probably beyond recovery.

Myeza’s story is not unique. It has become the most common story for the past two days as so many hard-working South Africans like her have fallen victim to looting and lawlessness.

The question to ask is: How did we as South Africa get here? Little did we know when Jacob Zuma was sentenced to 15 months’ imprisonment for contempt of court and handed himself in to the Estcourt Correctional Centre on 7 July that on 12 July we would wake up to a devastatingly different South Africa.

Zuma’s home province of KwaZulu-Natal became host to protests dubbed “Free Zuma”, which started gathering steam on 9 July. Just before midnight on 11 July protests quickly turned into anarchy and looting spread to Gauteng, in particular Johannesburg. At the time of writing, 117 lives had been lost and property worth millions of rands damaged. Looting and property damage has become the order of the day and has put South Africa in world news headlines. These developments have been met with mixed feelings, and while some are genuinely exercising their constitutional rights to protest the incarceration of the former president, it is becoming increasingly clear that this is only the tip of the iceberg.

Some interviewed looters cited hunger as a cause of their actions, and while this may be true in a country struggling with high levels of unemployment and inequality, the argument fails to suffice when even funeral parlours such as Avbob are looted.

South Africa, like many other countries, has been struggling with poverty and high levels of unemployment. As of June the official unemployment rate stood at a record high of 32.6%. This, coupled with Covid-19 economic challenges, has put pressure on both the government and citizens. Does this justify the looting? One may argue that, although people are genuinely suffering, looting and anarchy will only worsen the situation. The damage being caused to businesses will lead to severe job losses, which will increase the rate of unemployment, not to mention the fact that the majority of the businesses operating in highly volatile areas such as Soweto are black-owned and a result of the black empowerment drive.

The looting and damaging of such businesses almost means the end for them, therefore reversing all the efforts put into bridging the gap between the rich and poor.

To make the situation worse, public infrastructure is being destroyed, including roads, which will cost the government a lot to fix.

In the middle of the pandemic, pharmacies and clinics are being damaged, leaving the country vulnerable to more Covid-19 cases and deaths. It is baffling that one would destroy the shops that people need for their basic supplies of the food and medicine they will need tomorrow; shops so conveniently located that people do not have to travel far to access goods and services such as banks that are also being destroyed.

The destructive and looting behaviour that’s so rampant despite the deployment of security forces such as the army and police brings our very civilisation into question. What drives people to this level? Is it a genuine protest, is it poverty and hunger, is it just a deep-rooted culture of anarchy and rebellion, or is this a well-led and well-orchestrated campaign by certain forces?

I also have to ask how far the Cyril Ramaphosa-led government is willing to go to restore normalcy.

Visuals of shattered glass, broken doors and in some instances flames and smoke paint a picture of a lost cause. While I tried to make sense of it all, what I photographed is beyond comprehension. I could not figure out the cause being fought for – it all looked to me like senseless acts of violence and anarchy.

It made me think back to the time I photographed the protest at Marikana in 2012. Visuals from Marikana were characterised by organised demonstrations by employees. Even though it turned violent, through the lenses, the cause was clear to see.

This chaos made no sense. Not to me, and not to many hard-working South Africans like Nokuthula Myeza. DM168