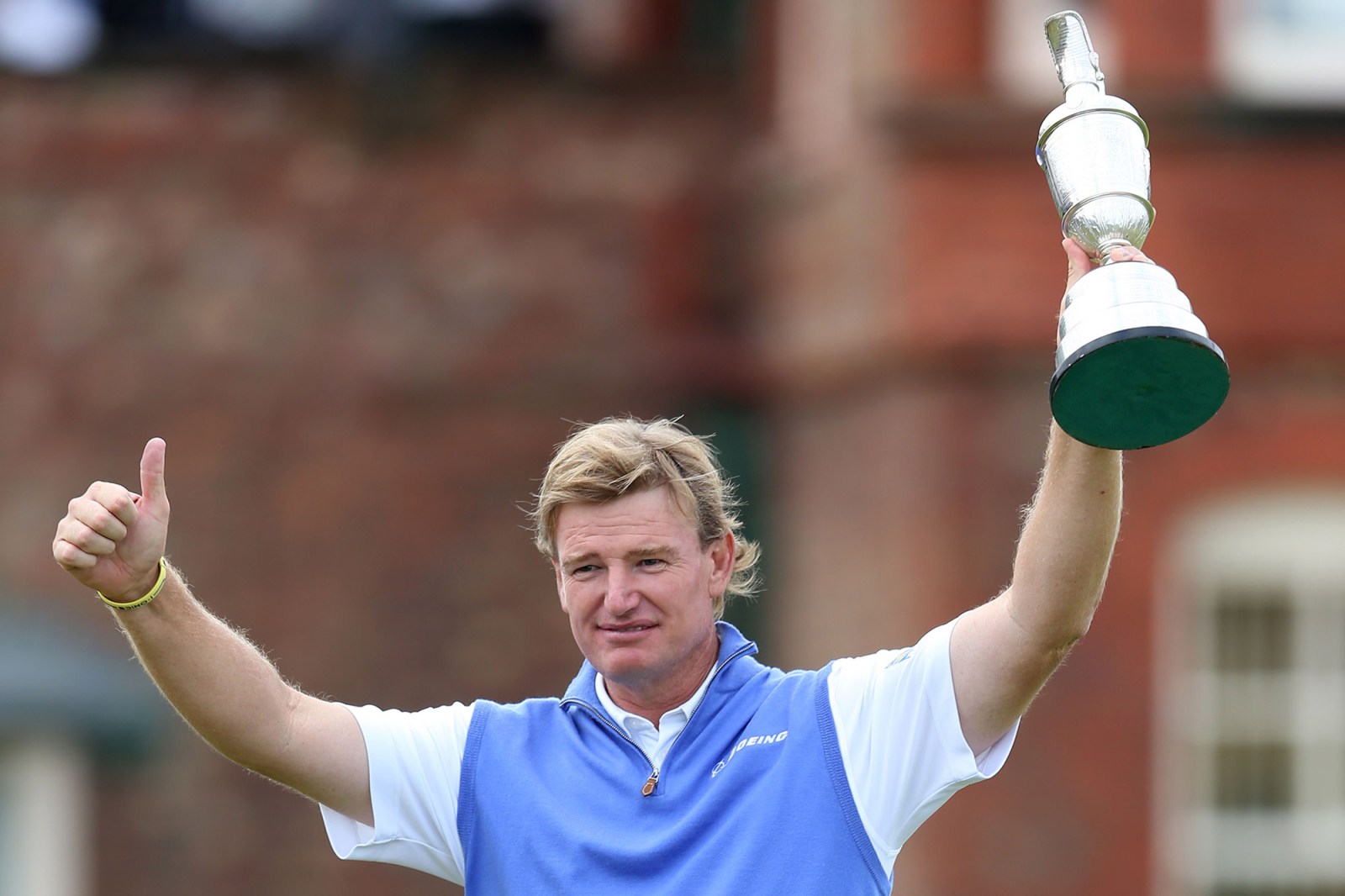 The 149th Open Championship, to be played at Royal St George’s, marks Ernie Els’s 30th appearance at golf’s oldest major. It is also a chance to celebrate a great career on and off the course.

Ernie Els is 51 now and is highly unlikely to compete for the Claret Jug at this week’s Open Championship, but his mere presence will be a boost to the rest of the South African contingent at the 2021 season’s final major.

In his 30th appearance at the Open, which started inauspiciously at Royal Troon in 1989 as an amateur, when he missed the cut, Els has been one of the commanding players of modern times at golf’s oldest major.

The 12 South Africans in the field, excluding Els, all grew up watching the Big Easy win the bulk of his 72 tournaments and four majors in the 1990s and 2000s. He was their inspiration, more than current octogenarian Gary Player, who was the golfer Els followed.

The Ernie Els Foundation, originally based in the southern Cape town of George, produced Oosthuizen, Christiaan Bezuidenhout and Garrick Higgo, as well as put Branden Grace on the path to a strong career. All four players teed up at Royal St George’s for the Open.

The foundation has changed tack now and focuses on amateur golfers rather than the slightly younger juniors. But it still takes on all reasonable costs associated with playing, travelling and preparing for big events.

Els’s legacy in South African golf extends far beyond his playing success. He helped fund and establish the Ernie Els Tour for a time, which gave many pro golfers a leg up in their careers.

Through his relationship with a sponsor, the secondary Big Easy Tour was established in 2011 and that platform has given rise to many pros earning a living on the Sunshine Tour today.

Els’s fingerprints are everywhere. His status as a player helped to make South Africa a golf tourism mecca and played a vital role in South Africa becoming the first African country to host the Presidents Cup at the Fancourt Links in 2003.

Every time Els signs a new sponsor, it is asked to make a significant contribution to one of his projects, from the Ernie Els Foundation to his ASM Scholarships fund. That project started in 2018 with the aim of helping aspiring athletes find places at 3,000 American universities.

“We now have more than 1,000 students in the ASM programme and one of them, Shaun Maswanganyi, last month qualified for the South African Olympic team in both the 100m and 200m, a fantastic double,” Els announced on his personal website.

“On that subject, big congratulations also to Garrick Higgo and Christiaan Bezuidenhout, a former Ernie Els & Fancourt Foundation member and multiple Tour winner, who will represent Team SA in the men’s Olympic golf competition in Tokyo.”

Els’s presence in tournaments in South Africa was also a catalyst for drawing other leading players to the country around the December/January summer holiday period, which was another great boost to the Sunshine Tour.

Els’s stature as a global superstar was a major factor in strengthening ties between the Sunshine and European tours, leading to the first-ever co-sanctioned tournament – the South African PGA at The Wanderers Club in Joburg in 1995.

Since then, the two tours have collaborated on close to 100 co-sanctioned events, which has grown both tours and therefore opportunities for golfers in Europe and South Africa.

Els was a popular seven-time winner of the World Matchplay at Wentworth. He bought a house on the estate and made England his second home for a while. He was massively popular both in the United Kingdom and the US and the European Tour piggybacked on his stardust.

“There is no doubt that Ernie pushed the needle for South African golf, and [that] he continues to push it too,” the former Sunshine Tour commissioner, Johan Immelman, told DM168.

“It definitely helped make negotiations with the European Tour much easier to have someone of Ernie’s stature as your star player. So, it was fitting then that Ernie won the first co-sanctioned event 26 years ago.

“Ernie has also left an indelible mark on the Presidents Cup (a biennial competition between a World team and the US). The strategy and team spirit he helped create and left as captain in 2019, has passed on the baton to the next captain. He has done for the Presidents Cup what Tony Jacklin did for the Ryder Cup.

“Ernie was, and remains, a force in golf, both in South African but globally too, and that’s not even mentioning his multiple charitable causes as well, such as Els for Autism.”

Els is now an active member of the US Seniors Tour, where he is already a multiple winner. His participation at The Open Championship is guaranteed until he is at least 60, as per the rules for former champions (he won it in 2002 and 2012).

Els’s record at The Open is also unmatched. Before this week at Royal St George’s no player has broken 70 at The Open more frequently than Els.

He achieved the feat for the 42nd time when he shot 69 in his second round at Royal Portrush in 2019.

Els’s tally of 42 sub-70 rounds puts him five ahead of his nearest rival, Nick Faldo. Jack Nicklaus takes third place on the list with 33, while five-time winner Tom Watson has broken 70 on 30 occasions at The Open.

He is also responsible for the most consecutive sub-70 rounds, having managed seven successive scores in the 60s from the first round in 1993 through to the third round in 1994.

In 15 of his 29 appearances at The Open to date, Els has finished under par. That gives him the most under-par finishes by any player since 1963, one more than Nicklaus and Faldo, and two more than Watson.

Although Els’s second Open win came in 2012, at Royal Lytham & St Annes, his peak period in golf’s original major undoubtedly came between 2000 and 2007.

Victory at Muirfield in 2002 was one of six top-four finishes for Els in eight visits to The Open, as he repeatedly contended for the Claret Jug.

In all, he boasts 13 top-10s and nine top-5s at The Open, with almost a quarter of his appearances (seven out of 29) yielding finishes of first, second or third.

Els is unlikely to win The Open this week, but his 30th appearance is a fitting anniversary of a touching love affair with the art of playing links golf.

“I don’t know if you’re born with it, or you learn it. All I know is that I took to it like a duck to water. Links golf is the foundation of the game, and I just think I had a good feel for it from the start,” Els said. “I love hitting low three irons, and so on. Even with today’s equipment, if the weather is bad on a links course, that’s a true leveller.”

Maybe there is another Open in him. After all, experience on a links course can’t be bought. Ernie has earned his through triumph and despair at golf’s oldest challenge. DM168