Vaccinations suspended as protests continue in Gauteng and KwaZulu-Natal 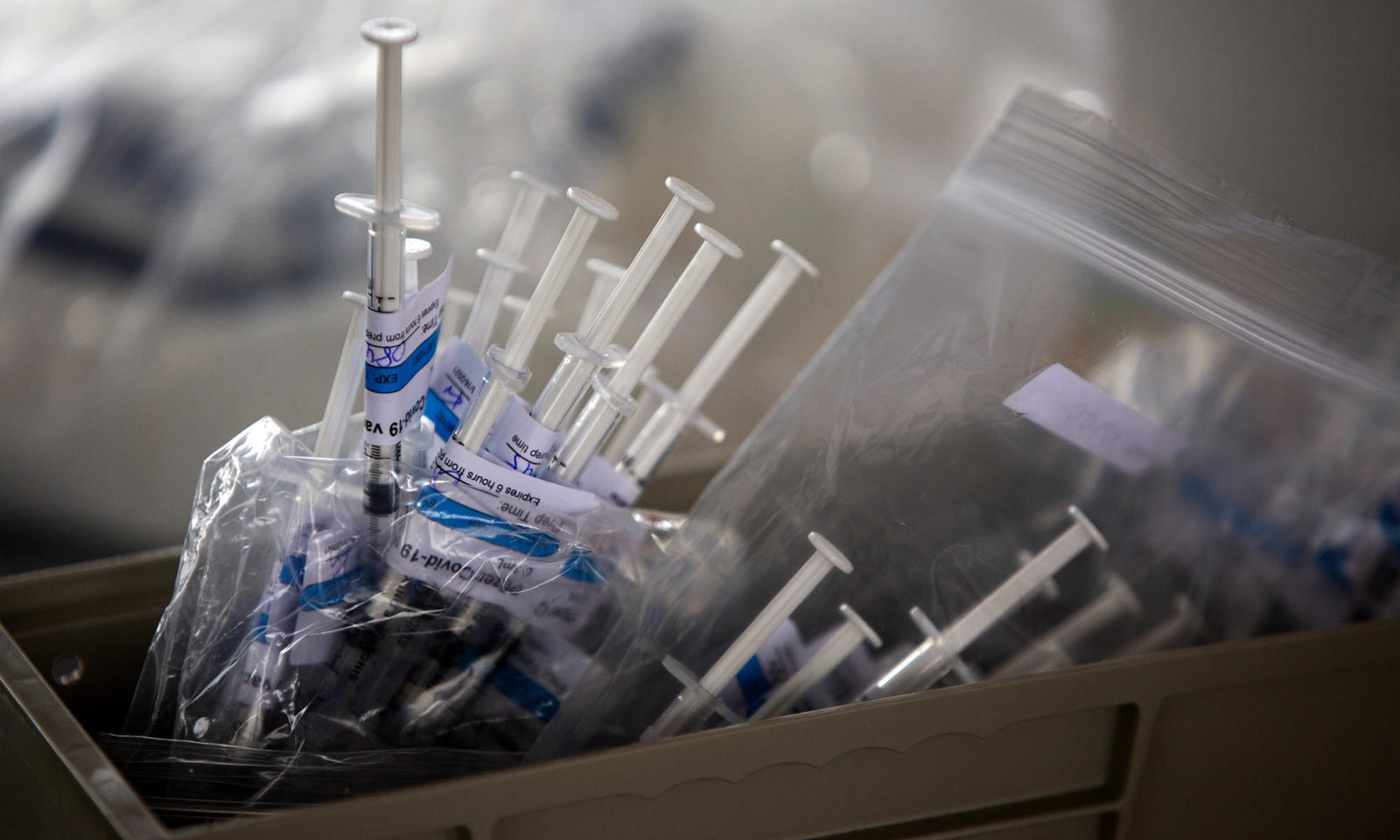 Vaccine drives in Gauteng and KwaZulu-Natal have had to be paused amid widespread looting and violence being committed by protestors across both provinces. (Photo: Alisha Jucevic / Bloomberg via Getty Images)

Covid-19 vaccine drives in Gauteng and KwaZulu-Natal were brought to a halt on Monday as centres were advised to close their doors due to violent protests in the two provinces.

Dr Nicholas Crisp, who is currently managing the vaccination process in the country, said they had advised vaccination centres to close. He said the message went to centres in both the private and the public sectors.

Gauteng has been hard hit by a massive third wave of Covid-19 infections and KwaZulu-Natal was identified last week as one of the provinces with the fastest-growing number of cases.

There are 252 public and 120 private vaccination sites in Gauteng and 423 public and 35 private sites in KwaZulu-Natal.

The KwaZulu-Natal Health MEC Nomagugu Simelane has said healthcare facilities in the province were “buckling” under the pressure created by widespread community protests and the blockading of major routes.

“A number of hospitals, community health centres and clinics across KwaZulu-Natal have been operating on skeletal staff, with many nurses, doctors, allied health workers and support staff unable to report for work due to the blockades, as well as lack of public transport. Many who were working during the night shift last night also could not go home.

“Patients who were due to undergo elective surgery and those with minor ailments have been advised not to come to hospitals, until the situation returns to normal.  In some instances, vehicles were barred from delivering much-needed oxygen that was intended for use by patients battling Covid-19 and other ailments,” she added.

In Howick, an ambulance was burnt last night, while another was attacked with rocks in Mariannhill.

The department also reported on Monday that there were delays with the collection of mortal remains, as Forensic Pathology Services battled to reach scenes where people had passed away.

“They are also unable to collect bodies from Primary Health Care facilities (clinics) that do not have mortuaries,” Simelane said.

The unrest has also affected the functioning of the Department’s key 24-hour Provincial Health Operations Centre, which serves as a link between it and the public. However, the public can still contact the Department by calling 031 480 3718.

“As the Government does its best to deal with this situation, we are pleading with each and every individual to create a situation where healthcare workers are not impeded from getting to work.

“Those who are protesting need to realise that by blocking health workers or ambulances from doing their job, they could be placing the lives of their own relatives in jeopardy.

“There are scores of people in our hospitals who are fighting for their lives, who need to be attended to by our doctors and nurses as a matter of urgency. Some are in critical condition, in ICU, while others are in labour and need to go into theatre.

“We really cannot afford a situation where lives are lost just because our healthcare workers cannot get to work.

“All over the world, in every crisis situation, there must always be a way to accommodate and insulate health professionals. We are therefore pleading with the protesters and the general public at large not to interfere with health workers,” she said.

Private pharmacy company, Dischem, also said in a statement that due to the unrest in KwaZulu-Natal, Dis-Chem Pharmacies, Dis-Chem Vaccination Sites and Dis-Chem Drive Through Testing Stations in the area will be closed on Monday.

Through a lens darkly: Pioneering a vision for improved eye care in South Africa