Professionalisation and apolitical stances needed by so... 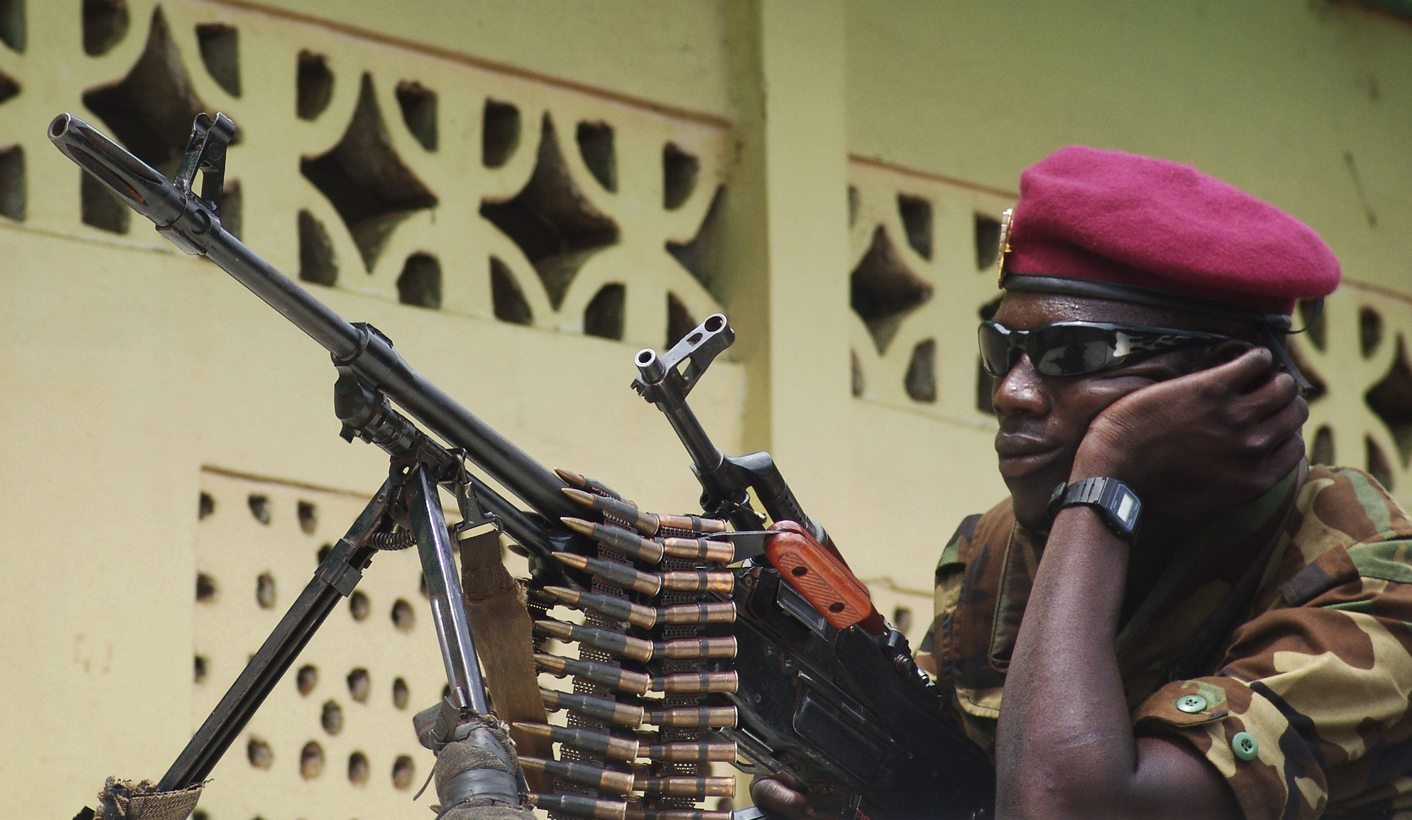 A soldier stands guard in Bangui, Central African Republic. In 2021, the AU aimed to continue its security sector reform support in the Central African Republic as well as The Gambia and Guinea-Bissau. There are growing fears that Russian private military organisation Wagner Group has become an indispensable asset to CAR president Faustin-Archange Touadéra. (Photo: REUTERS/Alain Amontchi)

Instead of supporting security sector reform when conflicts end, the AU should use its influence to avert crises.

The involvement of state security institutions in politics plays a role in driving political instability in Africa. The challenge usually extends beyond the military to encompass the judiciary, police and intelligence.

In May this year, for example, Mali experienced its second military coup in nine months. The latest was preceded by months of militarisation of the government by the army officers who led the August 2020 takeover.

In Chad, the Transitional Military Council violated the country’s constitution by appointing Lieutenant General Mahamat Idriss Déby as president following his father Idriss Déby’s death on 20 April. In Nigeria, massive protests broke out in October 2020 after years of tensions over allegations of torture and extrajudicial killings against civilians by state security agents.

One of the recognised solutions to the problem of police, militaries and courts becoming politicised is security sector reform (SSR). The process aims to professionalise and enhance the capacity of these institutions and promote civilian oversight underpinned by good governance, the rule of law and respect for human rights.

Many African countries struggle to fund SSR from their budgets, creating a need for multilateral actors, including the African Union (AU), to offer financial and specialised support. To build security institutions that play a positive role, such help must be provided before crises erupt as part of a broader conflict prevention effort.

In 2021, the AU will continue its SSR support in the Central African Republic (CAR), The Gambia and Guinea-Bissau. All three initiatives are being conducted in states that have recently emerged from armed conflicts or political transitions — as such, they are more reactive than preventive.

One reason for the AU’s focus on post-conflict situations is that security institutions’ role is politically sensitive. Governments typically resist outside or non-consensual interference in issues that threaten their sovereignty or the power of their armies. In post-conflict and transitional settings, these concerns are often less acute or overshadowed by other internal conflicts.

Since adopting the AU Policy Framework on Security Sector Reform in 2013, the continental body has stepped up its SSR efforts. The recently renamed Disarmament, Demobilization and Reintegration/Security Sector Reform Division has been key to coordinating the AU’s work with member states. Seven operational guidance notes have been developed, experts have been sent to conduct needs assessments, and technical capacity has been built in countries as diverse as the CAR, Madagascar and The Gambia.

Institute for Security Studies (ISS) research on SSR in The Gambia, for example, documented the reported value of the AU’s guidance to the government on how to manage unsecured arms stockpiles dating back to Yahya Jammeh’s regime.

However, the security sectors in many African countries are still sorely lacking in accountability and good governance. And while the AU can help with reform, the primary responsibility rests with governments, political elites and security sector leaders themselves.

The AU could nevertheless play a more decisive role in facilitating effective SSR by strengthening its political engagement and influence in affected countries. To do so, it needs a clear political voice and buy-in from member states to steer continental positions on the issue.

The AU Peace and Security Council (PSC) would be the ideal institution to drive the shift. The AU’s Master Roadmap for Silencing the Guns by 2020 outlines the role of the PSC — as the sharp end of the continental body’s political influence over member states — in promoting national ownership of SSR processes.

For the PSC to be effective though, a paradigm shift is needed in the AU’s approach. Instead of the traditional perspective that SSR is a state-building process occurring after conflicts end, it should be seen as a crucial part of early crisis prevention. This means pre-emptively tackling the factors that lead to security institutions becoming drivers of instability.

Recent examples show that African leaders acknowledge that more needs to be done on SSR. In 2019, for instance, the AU’s High-Level Retreat on the Promotion of Peace, Security and Stability in Africa focused on reforming and governing the continent’s security sectors.

But such discussions have little impact unless countries decide to reform their security sectors and support a stronger role for the AU Commission and its liaison offices in SSR. To secure buy-in and action from governments, the PSC should move away from broad political statements and take a more assertive stance.

It could also use its country statements more often to shape the political discourse and governments’ responses to crises. For example, the PSC’s April statement on Somalia expressed concern over how President Mohamed Abdullahi Mohamed’s attempts to extend his term would affect the country’s security institutions. The PSC also urged The Gambia’s government to take ownership of its SSR by allocating national budget funds to the process after the government neglected to do so.

Participants at a recent ISS seminar suggested the PSC consider issuing a declaration on SSR along the lines of its decisive 2015 statement on structural conflict prevention. The statement provided valuable political backing that led to the AU’s Country Structural Vulnerability and Resilience Assessment (CSVRA) and strategy. These identify the structural drivers of conflict at the earliest stage possible. Ghana was the first African state to undergo the CSVRA process in 2017, followed by Zambia in 2020.

Shifting the AU’s SSR approach to be more proactive and preventive won’t be an easy task though. The political sensitivities and intensive resources required for SSR make it unlikely that the AU would push for change unless member states ask it to.

With its limited capacity, the AU already struggles to respond to country requests for SSR support. And as the slow uptake of the CSVRA shows, conflict prevention is difficult and depends on the political will of the countries and regions concerned. This means the AU is likely to stick to its reactive and technical approach, stepping in only when it’s requested to do so.

In the meantime, as events in Mali and Chad show, Africa’s security institutions continue to pose a grave challenge to political stability. Pre-crisis engagement and a more vocal PSC on SSR is vital. It will show that the AU prioritises conflict prevention by encouraging reform before political crises erupt. DM

This article is supported by the Training for Peace Programme (TfP), which is funded by the government of Norway.