Italy and England gear up for titanic Euro final clash

Italy and England gear up for titanic Euro final clash 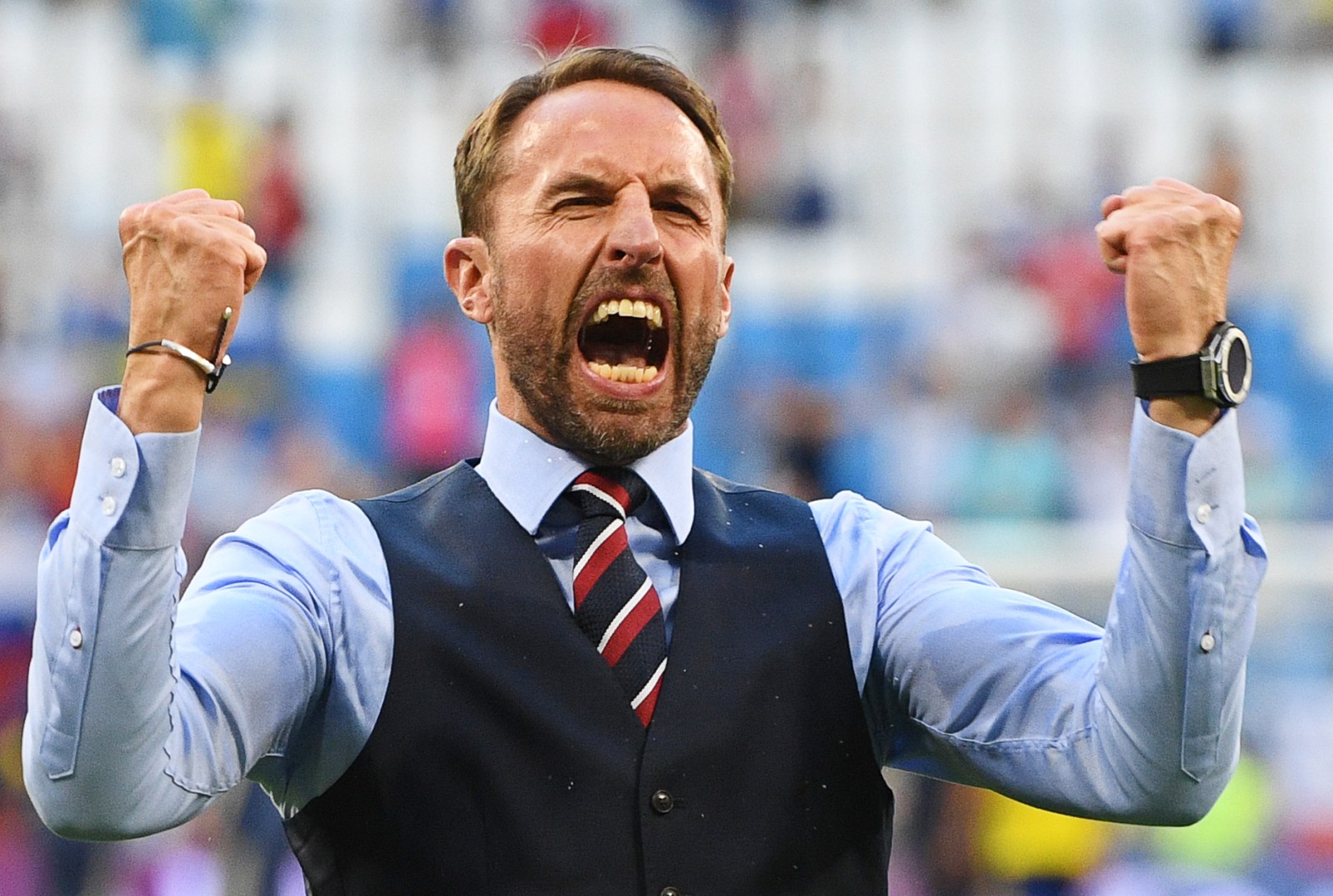 England manager Gareth Southgate celebrates after the FIFA World Cup 2018 quarterfinal against Sweden in Samara, Russia. Does more jubilation await in the Euro 2020 final at Wembley on Sunday? EPA-EFE/FACUNDO ARRIZABALAGA

The final of UEFA Euro 2020 at Wembley Stadium brings together Italy, seeking to add to their sole European title after 53 years, and England, who are aiming to be crowned European champions for the first time.

Their arrival to the final might have courted controversy, but the English are relishing their first major final in 55 years.

The penalty that earned them victory against Denmark left football fans divided over whether it should have been given.

The view of match referee Danny Makkelie was that Joakim Maehle had tripped Raheem Sterling in the Danish box. The video assistant referee (VAR) backed his decision to award the contentious penalty.

Ultimately that was the only viewpoint that mattered and Harry Kane netted on the rebound after seeing his initial effort from the spot saved by Kasper Schmeichel.

Now England are in their second major tournament final and have a great chance to make it two out of two in finals. Much like this one, their other final also came on home soil when they beat West Germany in the 1966 World Cup at Wembley.

“We’ve got to enjoy the fact we’re in the final but there’s one more massive hurdle to conquer,” said England manager Gareth Southgate of his team reaching the last two.

“Italy are a very good side, I’ve thought that the last couple of years. They are in outstanding form and have defensive warriors who have been through everything. It’s a great game to look forward to.”

England enter the final unbeaten in their past 12 matches, 11 of which have ended in victory – the other was a goalless draw with Scotland in the group stage. They have won 20 of their past 25 fixtures and lost just three.

“It’s a huge opportunity for us as a group, as a country, and we’ll give it absolutely everything,” said English midfielder Jordan Henderson.

The English will face an Italian outfit that has come into the tournament like a submarine. While most nations could be found on the surface and exposed to the elements, the Azzurri crept into the final virtually undetected.

Pre-tournament favourites such as France, Portugal and Belgium sank to the ocean floor, stricken. The Italians, with Roberto Mancini at the helm, accelerated almost effortlessly.

“I think Mancini did a huge job… He’s done a great job with us, everyone can see it. He’s a very special manager for us, he boosted our confidence when we lost it because of the negative results of the past. I think he was the perfect man for the job,” said Italian midfielder Marco Verratti.

“He restarted our enthusiasm, with his style we actually had fun. We haven’t lost in 33 matches – these are important statistics, and it tells you he is doing a great job. Sometimes one might say managers are not so important, but for us he truly is an added value.”

Mancini has brought back the defensive intelligence and robustness Italian football has become known for over the years. He has brought back belief after the nation embarrassingly missed out on qualifying for the 2018 World Cup.

Now they have a chance to win their second European crown. The four-time world champions were victorious in the continental competition two years after England’s World Cup triumph. The Italians beat Yugoslavia in the final in 1968.

The game is likely to be a very close and highly tactical affair, although the youthful English might be braver and attack the walls of Rome.

In previous encounters there has been little to choose from between the teams. Italy have won 10 of their 27 fixtures to England’s eight, although England have managed 33 goals, two more than the Azzurri.

The final is set for a 9pm kick-off on Sunday.

In other international football news Bafana Bafana made it two wins from two in the group phase of the ongoing Cosafa Cup when they edged 10-man Eswatini 1-0. With that they leapfrogged their opponents and soared to the summit of Group A on goal difference.

This follows their victory by the same margin against Botswana on Monday.

As the wind raged at the Wolfson stadium in Gqeberha on Thursday, both teams toiled, and play was scrappy and lethargic.

Neither side created any meaningful opportunity, and they went into the half-time break with South Africa having achieved zero shots on target and Eswatini only one.

In the second half the South Africans looked slightly more dynamic with the introduction of some creative and attacking flair off the bench. One of those was Sekhukhune United attacker Thabang Sibanyoni.

The 25-year-old produced a smart finish on the stroke of the hour as he poked the ball past the on-rushing Sihlangu Semnikati goalkeeper Ncamiso Dlamini to hand his country all three points.

In the other Group A game on Thursday, Lesotho claimed their first victory of the tournament with a win over defending champions Zambia. They came from behind to record a 2-1 success, and bounced back from the 3-1 defeat at the hands of Eswatini in their opening game.

Bafana Bafana’s next encounter is with Lesotho on Tuesday afternoon. A win for the South Africans is likely to secure a spot in the knockout phase. DM