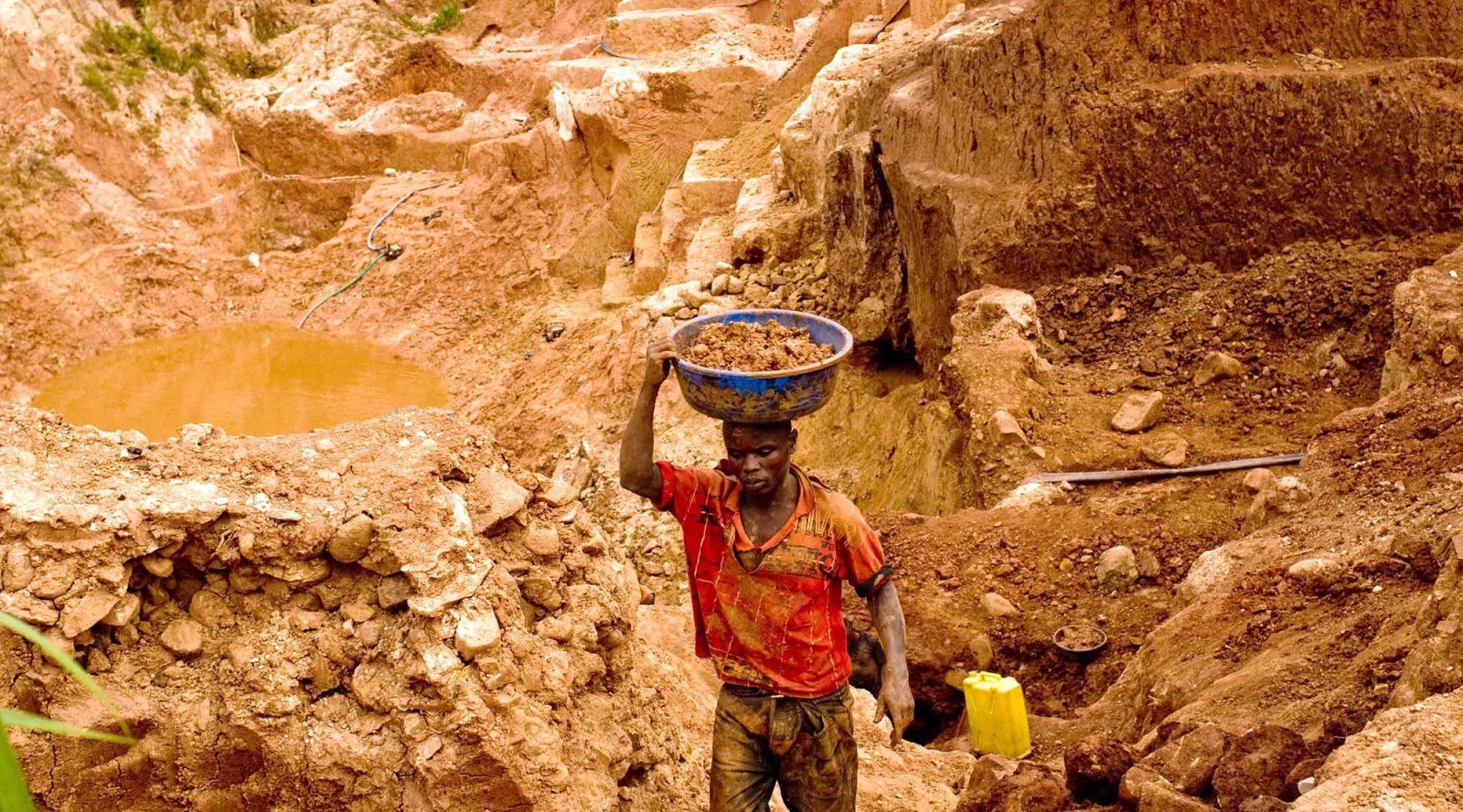 Artisanal gold miners typically use mercury and cyanide to separate gold from other minerals — a process that has devastating effects on the environment, farming and human health. (Photo: EPA/MARC HOFER)

Uncontrolled artisanal gold mining in Kayes is damaging the environment while bolstering trafficking and local conflicts.

The western region of Kayes is among the most severely affected. It produced an estimated 73% of the country’s 26 tons of artisanal gold in 2019 and generated $1.23-billion.

Artisanal gold miners mostly use mercury and cyanide to separate gold from other minerals. Institute for Security Studies (ISS) research shows that these chemicals are smuggled into Mali from Benin, Togo, Burkina Faso and Senegal through illicit trafficking routes.

Mali’s government estimates that 33.3 tons of mercury enter the country illegally every year, most of which (28 tons) is used in Kayes. The chemical is readily available throughout the region, with 10 grams priced between $2.5 and $3.4.

Little official data exists on the quantity of cyanide used. However, cyanidation ponds have multiplied near villages and mining sites in the region’s Sadiola and Kéniéba localities in the past five years. This has occurred as artisanal miners renowned for having mastered the chemical have moved into the area from Burkina Faso.

Intensive, improper use of these chemicals presents massive risks for agriculture, fishing and herding due to groundwater contamination that can lead to animal and human poisoning. Cyanide is lethal and when ingested, causes rapid paralysis. Milder cases of poisoning lead to headaches, nausea, vertigo, anxiety, altered mental states, rapid breathing and high blood pressure.

Chronic exposure to mercury gas can cause renal failure, tremors, movement disorders and various psychoses and memory impairment. The damage is particularly severe for pregnant women because of the dangerous neurotoxic effects on the development of the foetus. In Kayes, women represented 33% of the 298 307 artisanal miners identified in 2019, and many more live close to mining sites.

Yet there is little awareness among artisanal miners about the health cost of their activities. No caution is taken in the transport, storage and handling of toxic chemicals. They are often hidden and transported in food trucks, directly in contact with food products. They’re also stored in warehouses without temperature control and handled without appropriate protective gear.

Besides harming human health, using these chemicals and the creation of new mines damages vegetation and wildlife. Vegetation must be cleared for most artisanal sites, leading to soil erosion and an easy flow of chemically-poisoned water into rivers and groundwater. Former sites are routinely abandoned without restoration, making them unsuitable for agriculture and herding. Villagers and cattle regularly fall into abandoned pits — just one of the lasting safety risks.

Dredging rivers to destruction is a damaging practice that encourages artisanal gold mining in Kayes. Once the heart of local agriculture, the Falémé River on the border with Senegal, is drying up due to chaotic dredging. Mali’s armed forces sporadically evict illegal miners from the river bed, but the soldiers can’t be everywhere, and the miners soon return.

The intensive use of chemicals feeds a large-scale, lucrative transnational criminal economy. Financial gains for traffickers are huge. In 2019, the sale of 18 tons of mercury generated over $100-million.

Kayes is the main market for illicit trading in mercury in Mali due to its location. The region borders Guinea, Senegal and Mauritania, connecting Mali to coastal West Africa, where multiple clandestine supply chains of mercury and cyanide originate. Corruption among some security forces makes borders more porous, facilitating crime.

In exchange for cash or infrastructure including electricity supply, water drilling and housing, local authorities give land access to illegal miners and turn a blind eye to the environmental implications of their activities. This causes resentment among environmentalists and communities whose livelihoods depend on agriculture, fishing and herding. It has often led to protests.

The destruction of farmlands and agricultural economies around the Falémé River antagonises farmers. In some instances, the ISS was told that dredge owners and farmers are now arming themselves in response to the spiralling hostility.

The government’s repressive approach to addressing the problem has been ineffective. Collaborative responses that take into account artisanal miners’ interests are required. First, the Mali government needs to align its laws with the technical evolution of artisanal gold mining. Effective regulation should replace unrealistic prohibition. This could include training miners in the safe use of chemicals and protection of the environment.

Second, the government should support dialogue between communities and their traditional and administrative authorities. Awareness needs to be raised about the risks of inter-communal violence over the environmental damage caused by chemicals used for mining.

Third, the government should work with existing associations to set up committees that can oversee the environmental impact of artisanal mining. Finally, Mali’s environment ministry needs to expand and reinforce the technical capacity of local and not just centrally-based state officials tasked with limiting pollution and health damage. DM

This article was produced with support from the UK Conflict, Stability and Security Fund and the Ministry of Foreign Affairs of The Netherlands.