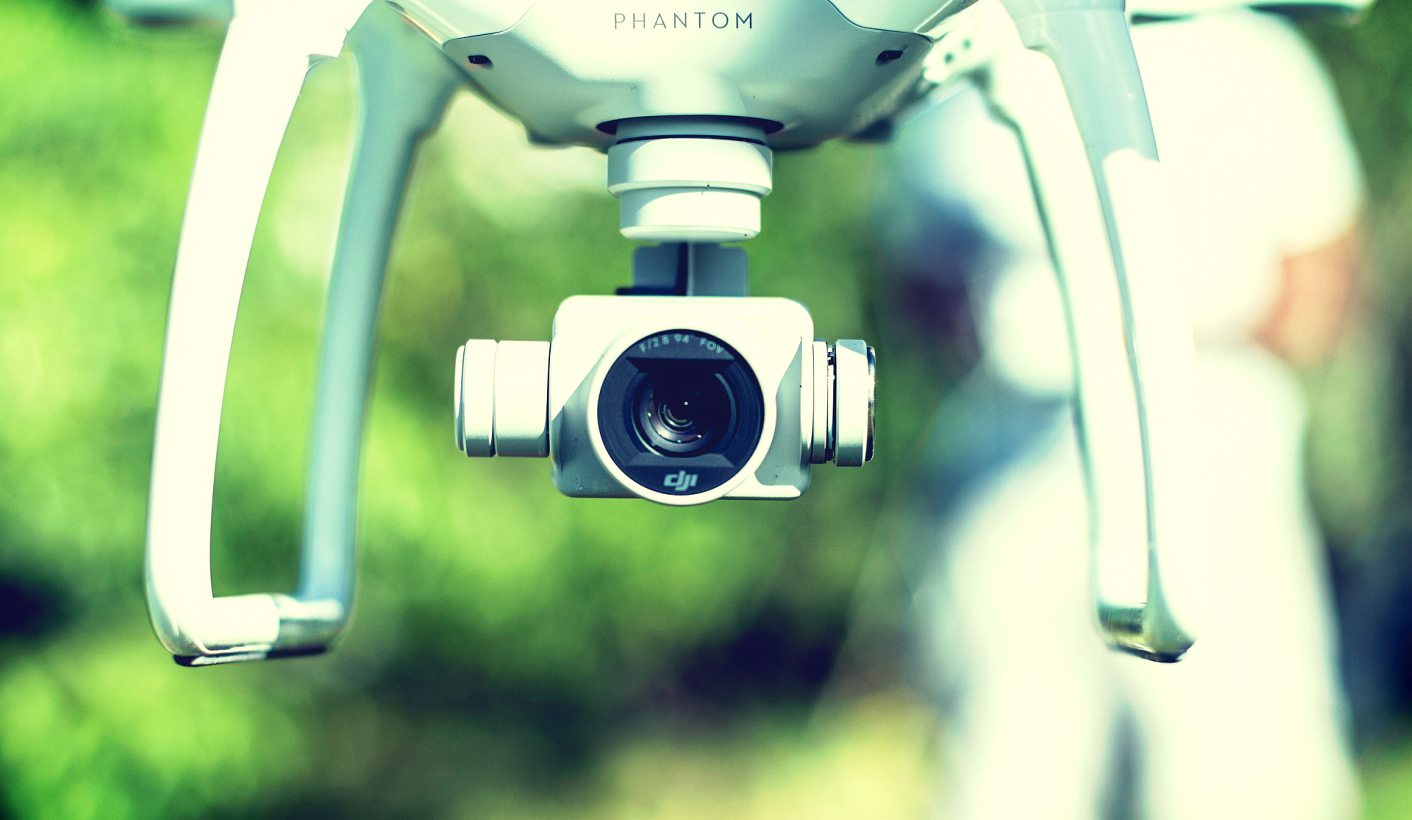 In the Democratic Republic of the Congo, insurgents have recently used unmanned aerial systems to locate targets for attacks. (Photo: Pixabay) Drone Photo by Pixabay

Much like in the Middle East, drones are a new threat posed by armed groups and violent extremists in Africa.

The proliferation of drone technology across Africa has significantly expanded humanitarian, development, business, and military operations. Drones, also known as unmanned aerial systems, have many positive uses. In the hands of non-state armed groups, however, they pose a threat that governments must be prepared for.

The global commercial drone market is forecast to reach $43-billion by 2024, with Rwanda, Ghana, South Africa and Kenya expected to be Africa’s biggest users. Commentary typically focuses on military drones and implications for international humanitarian law, or the use of drones for business and humanitarian purposes. The impact of other entities using drones — be they companies, hobbyists or insurgents — has attracted little attention.

In exploiting the benefits of transformative technology, African states should be aware of the potential risks and develop strategies to track and trace drone proliferation.

Armed groups either receiving supplies from proxies or using drones as weapons in Iraq and Syria, and more recently in Yemen and Libya, should alarm African governments. The risk of drones becoming a new form of improvised explosive device as seen in Iraq, Syria, Afghanistan and Ukraine was also recently highlighted by General Kenneth McKenzie of the United States Central Command.

Drones already form part of the military’s arsenal in many African countries and are deployed in peacekeeping missions. Although the adaptation of commercial drones by insurgents into strike platforms in Africa is yet to happen, there’s evidence of their use by armed groups for surveillance and precision targeting.

In the Democratic Republic of the Congo, insurgents have recently used unmanned aerial systems to locate targets for attacks. And in May, Mozambique’s Interior Minister Amade Miquidade told a press briefing that insurgents had deployed drones for precision targeting in Cabo Delgado province. This aligns with unverified reports by private security companies in the region that militants used small drones for surveillance.

Analyst Jasmine Opperman told ISS Today that, “If we look at the ease with which [insurgents] are getting weapons and mounting attacks on the military, I will never underplay the possibility that they are [using] more technologically advanced capabilities including drones.”

The fact that hobbyist drones are commercially accessible and becoming more affordable heightens the threat and presents a challenge to those seeking to restore peace.

Don Rassler of the Combating Terrorism Center at West Point has focused on the dynamics of drone acquisition in Iraq and Syria. He told Institute for Security Studies (ISS) researchers that it’s “only a matter of time before drones get deployed more actively across Africa.” His studies show how extremists acquire shop-bought drones in large numbers, transport them to conflict zones and adapt the technology to transform the devices into weapons.

It’s unclear whether Africa-based insurgents would use organisational ties to acquire technological know-how from Islamic State networks. Preliminary research in the Sahel and East Africa suggests that direct links are hard to prove. While more empirical studies are needed, the availability of shop-bought drones across Africa suggests that indigenous innovation is more likely to be observed than direct technology transfer.

The Middle East experience doesn’t necessarily mean that drones may be used in the same way in Africa, says Matt Herbert from the Global Initiative Against Transnational Organized Crime, who has focused on Libya and emerging technologies. “Their tactical utility may be limited as a weapon; however, strategically they could be of use for wider intelligence gathering, for collection of footage and propaganda materials and for precision targeting.”

That aligns with information from Somalia that al-Shabaab has deployed drones for surveillance and propaganda purposes. Retired Colonel David Peddle, a former military service member in South Africa and the United Kingdom, believes it’s only “a matter of time” before we start seeing the deployment of “clusters” or “swarms” of drones in Africa, given their accessibility and relatively low cost.

The psychological advantage of threatening to deploy such aerial assets could give insurgents an advantage over their adversaries and expand their spheres of control. This applies both on land and at sea, with eyewitness accounts from Mozambique of drones used offshore during the March Palma attack.

Even if drones are primarily used for surveillance now, they remain a powerful tool. “It doesn’t have to be a hijacking or an attack,” argues ISS maritime Project Leader Timothy Walker, who is investigating the expansion of maritime policing operations in the region. “It just has to be an intrusion for it to have potency.”

Increasing drone use in Africa should give policymakers and the humanitarian sector pause for thought. The United Nations’ World Food Programme, for example, deploys drones for disaster response and mapping purposes across Mozambique.

As a first step, mapping the use of drones by violent non-state groups across Africa could help ensure that aid programmes and humanitarian corridors aren’t compromised. This would also enable private or private-public partnerships such as oil and gas refineries, ports and harbours, airports and military bases to develop countermeasures.

While African governments may struggle to control the proliferation of commercial drones, early warning systems could flag large consignments of drones procured and delivered to areas of conflict. A registration scheme similar to that used for cellphones could be considered for shop-bought drones that don’t need a licence.

Internationally, the Global Counterterrorism Forum has developed the Berlin Memorandum under its Initiative to Counter Unmanned Aerial System Threats. It urges states to observe numerous UN Security Council Resolutions that require “effective measures to establish domestic controls to prevent the proliferation of nuclear, chemical, or biological weapons and their means of delivery.” The means of delivery includes drones.

African policymakers should play an active role in shaping future drone policy beyond the technology’s use in assisting agricultural development. Even when used for surveillance rather than attack, drones can provide insurgents with a strategic and operational advantage that could threaten security forces’ ability to protect citizens and stabilise conflict zones. DM