This weekend we’re watching: ‘Atlantics’, a film that flips the tropes of the refugee crisis upside-down 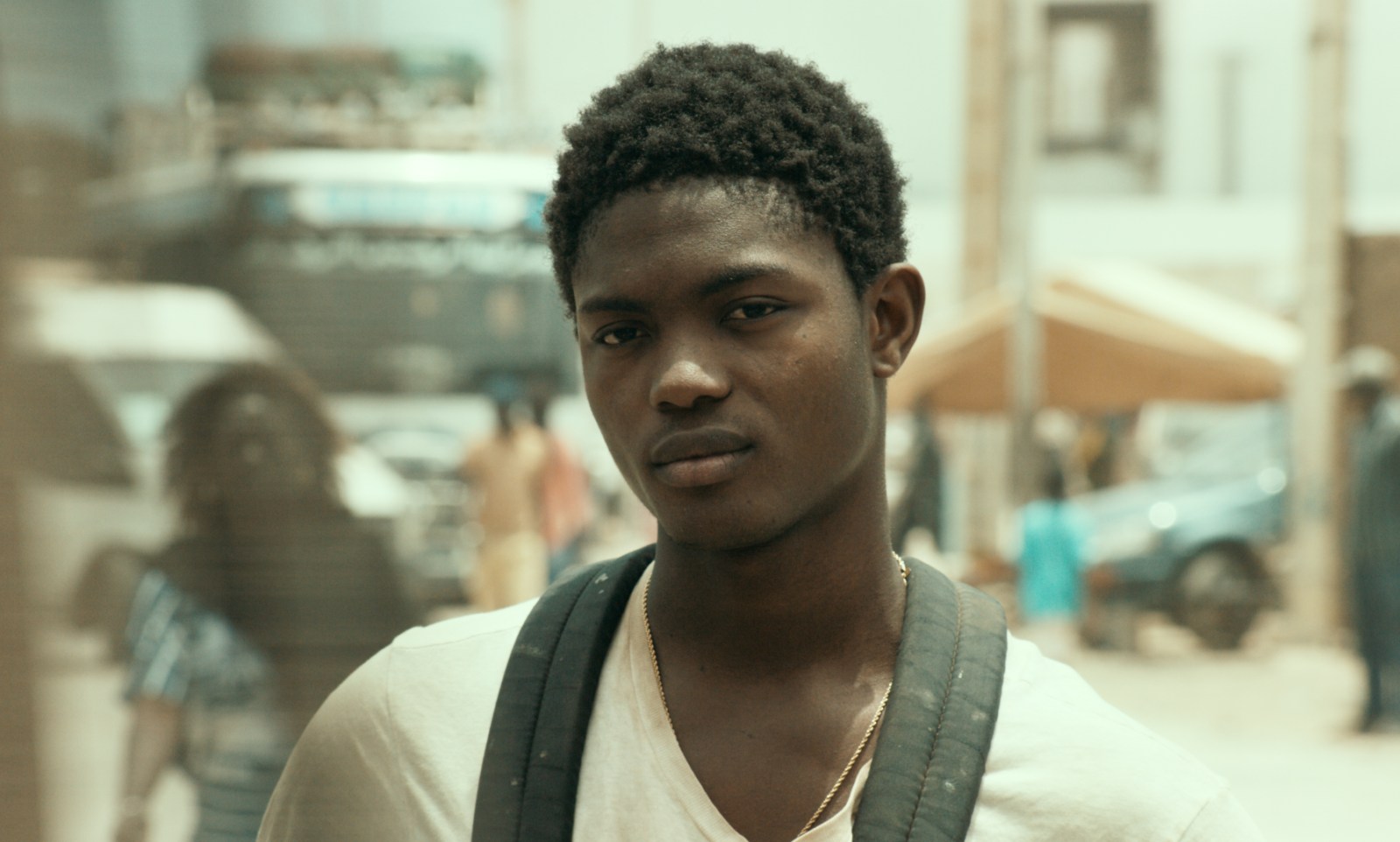 Ibrahima Traoré as Souleiman in 'Atlantics' (Courtesy of Netflix)

‘Atlantics’ is an anomalous, eerily beautiful film that uses magical realism to tell the stories of the young African men lost to the refugee crisis.

At the tip of the Cape Verde Peninsula in Senegal, Dakar is the perfect setting for Atlantics, director Mati Diop’s modern-day African ghost story. The waves of the Atlantic Ocean crash against desert sands under a relentless sun. All things terrestrial are covered with a sepia film of dirt, a colour which looks out of place against the ocean-turquoise sky.

Clouds of dust mix with the salty mist, creating an ambiguous haze that can easily be manipulated with music and context to appear either romantic and mysterious or depressing and ominous.

Through the smog, an oppressive tower bursts angrily out of a derelict lot – a monolithic monument to modernisation. With the tower soon to be officially opened, the developer has stopped paying his labourers, young men and teenagers in hard-hats, many of whom are the primary breadwinners in their families.

Souleiman is one such man, desperate and exhausted. He stares wistfully at the infinity of the ocean and shakes his head with the frustration of someone who has run out of options. Without even saying goodbye to his lover, Ada, Souleiman and the other boys take a boat out to sea in an attempt to flee to Spain.

Atlantics is Diop’s first feature film, and it follows her 2009 short film Atlantiques, which was based on the true stories of young African men who had fled to Europe. Ten minutes into Atlantics, we’ve been preened to expect a perilous refugee adventure with Souleiman and the boys, followed by hustling in Europe, financial success, a tidy character arch and then finally, Souleiman’s romantic return to Ada in Dakar.

That’s the setup, but you could never predict the route Diop actually takes. As a viewer, there’s nothing more exciting than when a film successfully diverges from its own setup. Souleiman isn’t even the main character, Ada is.

Atlantics flips the tropes of the refugee crisis upside-down. Rather than focusing on those forced to flee, it focuses on the stories of the people they leave behind. The refugee crisis is often portrayed as a European crisis but Atlantics posits that the sites of crises are the countries being fled. Europe isn’t glamorised as a civilised utopia (indeed we never even see Europe in the film).

Although Ada is in love with Souleiman they’ve been forced to see each other secretly because she is promised to a wealthy man. Ada and Souleiman are both trapped, Souleiman by economically sanctioned indentured labour and Ada by culturally normalised human trafficking (unconsensual arranged marriage).

We don’t see much of the couples’ relationship before Souleiman leaves, so their ostensibly deep connection feels shallow and emotionally detached, but individually, Ibrahima Traoré’s performance as Souleiman and Mame Bineta Sane’s as Ada are excellent.

Atlantics features exclusively new and amateur actors, and there is a soft-spoken realism to their acting style as a cast. This underdramatisation is used throughout the film to invite you into a Senegalese space, normalising it; with the exception of the wedding scene.

The reluctant woman in an arranged marriage might be a slightly tired theme, and its prevalence is likely linked to the dominance of Western cultural norms. Atlantics depicts Ada’s marriage ceremony as barbaric, cruel and utterly alien. The simplistic melancholy score becomes unnerving, and coupled with the exuberant chanting of the female guests it’s downright creepy, so it’s almost a relief when someone sets fire to the ridiculous bleached-white marital bed.

For the next hour, the question hangs in the air like smoke: who lit the fire? People start getting sick, and inexplicable things start to unfold… this is not at all the film it had promised to be.

Diop gently (albeit suddenly) incorporates local mythology as an elegant and unexpected way of telling the stories of people lost to the refugee crisis, and mourning for them.

Symbols like the giant tower, the ocean and Ada’s marital bed are imbued with social and political significance, but always subtly. The narrative is so multifaceted and amorphous that it is impossible to discern a single sociopolitical agenda.

In the same vein, the characters are complicated and flawed, and largely avoid slotting into archetypes. Ada’s hedonistic party-babe friend turns out to be the most supportive; the detective tasked with finding whoever set fire to the marital bed is just a regular guy (as opposed to the self-referential Western cliché of a cynical hard-ass in a trench coat with a hat); and Ada’s character development is as turbulent as any real person’s would be in her position.

Atlantics portrays what feels like an underrepresented experience, with brutal honesty; and it creatively straddles genres to capture a novel perspective on the refugee crisis. Some viewers will have to be a little patient with the pace of the naturalistic acting, but the blindsiding magical realism compensates for that slowness, and adds a poetic poignancy to the beautiful anticlimax. DM/ML