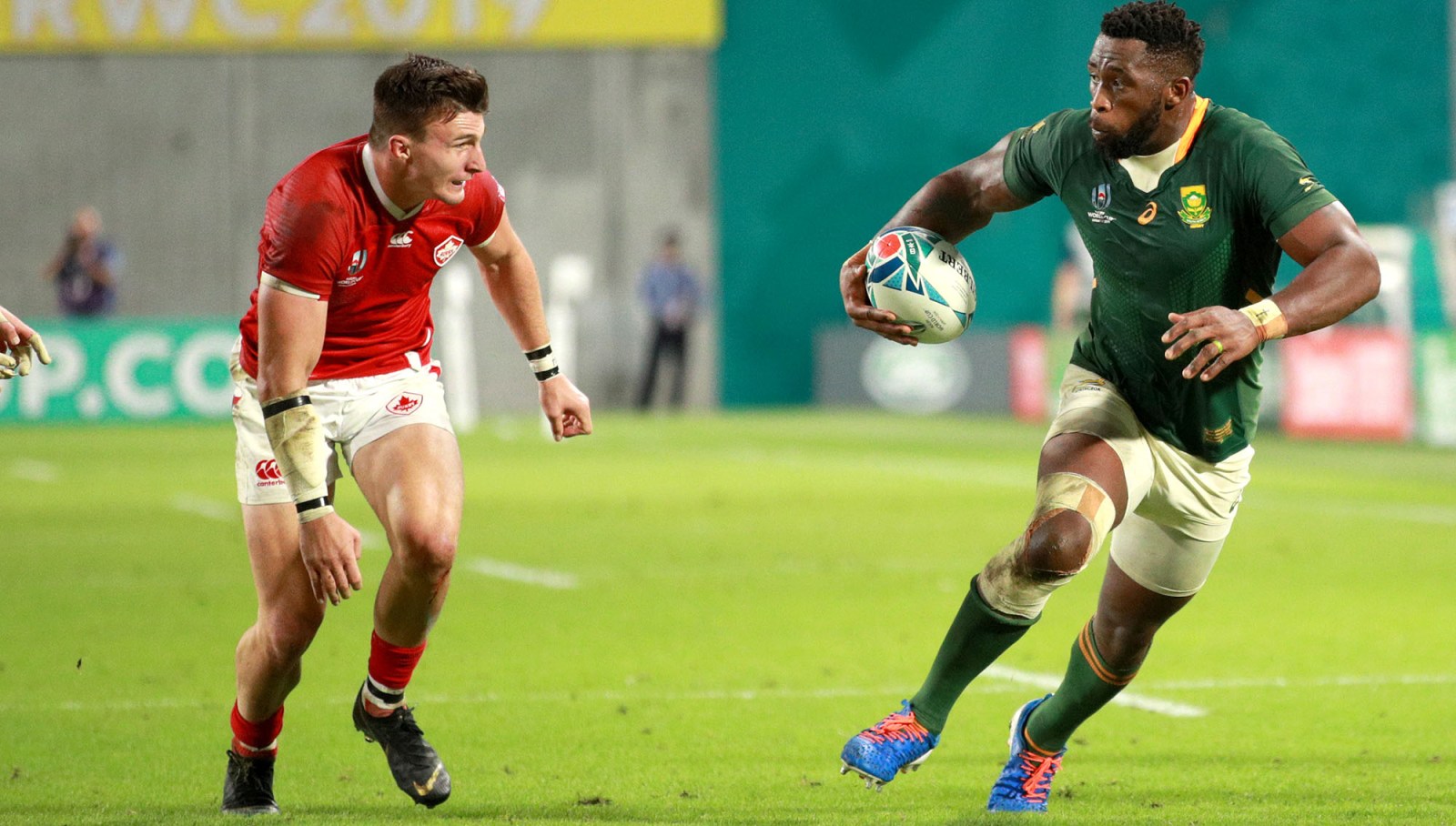 The Springboks take on Georgia in the first of two Test matches at Loftus Versfeld on Friday. It’s their first outing in 20 months and comes with uncertainty and relief.

The last time the Springboks played a Test match the world had not heard of Coronavirus and Covid-19. Phrases such as “bio-bubble”, “lockdown levels”, “social distancing” and “vaccine roll-out” were not part of our everyday lexicon.

Wearing face masks was only something surgeons and some travellers did on international flights, while a Test featuring the world champions being played in an empty stadium was inconceivable.

But all that is the new reality of our daily life, and will be for the foreseeable future. The Springboks playing again gives some sense of normality to lives that are anything but normal.

The Boks meet Georgia at Loftus Versfeld on Friday night, exactly 20 months after winning Rugby World Cup 2019 in Yokohama, which is enough reason for celebration.

As ever, captain Siya Kolisi saw the bigger picture after such a torrid time globally, but particularly in South Africa, of not only playing rugby, but of giving hope to the country.

“With everything that has been happening it will help some people. When we play on weekends it normally brings a good feeling in the country‚” Kolisi said.

“There are a lot of people struggling, but hopefully we can put a smile on people’s faces. People are going through a tough time. We are still privileged and fortunate to do what we love.”

Georgia, one of Europe’s emerging powers and the 12th-ranked team in the world, will have the honour of facing the world champions in their first defence of the title. What to expect from both sides is a slight mystery.

The Springbok team has many familiar faces, and with new head coach Jacques Nienaber, who was an influential figure at RWC 2019, at the helm, not much should change in terms of style.

But not having played for almost two years is not an advantage, no matter how the situation is viewed or spun. The Springboks will hope that they can quickly find the rhythm and cohesion that peaked in Yokohama against England.

“We’ve been communicating via video calls and WhatsApps, thinking that we’re going to get an opportunity to play last year,” Kolisi said.

“With everything that’s happened, when we came together on Sunday there was a fair bit of excitement and every single team has had to adapt because of the Covid-19 matter.

“Our coaches and management have done the best we can to enable us to play. We’re very excited, while we’ve been adapting to new ways of doing things.”

Over the months of frustration on the sidelines due to SA Rugby’s decision not to release the Boks to play in the 2020 Rugby Championship because of player welfare concerns, there has been constant communication.

Nienaber and director of rugby Rassie Erasmus have held alignment camps with players throughout this time and the bulk of the 45-man squad has just come out of a two-week training camp in Bloemfontein.

The management and players have done everything possible to prepare under the unusual circumstances, but nothing replicates playing Tests and building experience like actually playing.

The fact that 12 World Cup final survivors are in the squad to face Georgia will add to confidence, while three Test debutants — wings Aphelele Fassi and Rosko Specman, and reserve loose forward Jasper Wiese — will add to the excitement.

“The game plan hasn’t changed much. There are tweaks here and there. We will need physicality and workrate; things you don’t need talent for. We are still looking for warriors‚” Kolisi said.

One of the keys for the Boks is for flyhalf Pollard to stay fit. Following his heroics at RWC 2019, Pollard spent almost nine months on the sidelines at his club, Montpellier, following knee ligament damage. He only returned to action last month and is short of game time.

But Pollard remains crucial to the Boks’ longer-term goal of beating the British & Irish Lions in the upcoming three-Test series. Pollard admitted that the team had one eye on that series, but they needed to avoid the trap of looking beyond the Georgia clashes this week and next.

“We’ve got to be 100% focused on Friday night and facing a very physical side in Georgia. We’re putting all our energy into that this week,” said Pollard.

“But there is always a part of you focusing on what is to come with the Lions and everything you do is in preparation for that. There is no way to describe the excitement to play against the Lions. I’m just happy that it could happen. It’s a once-in-a-lifetime opportunity.”