Kenneth Kaunda was one of Africa’s foremost post-colo... 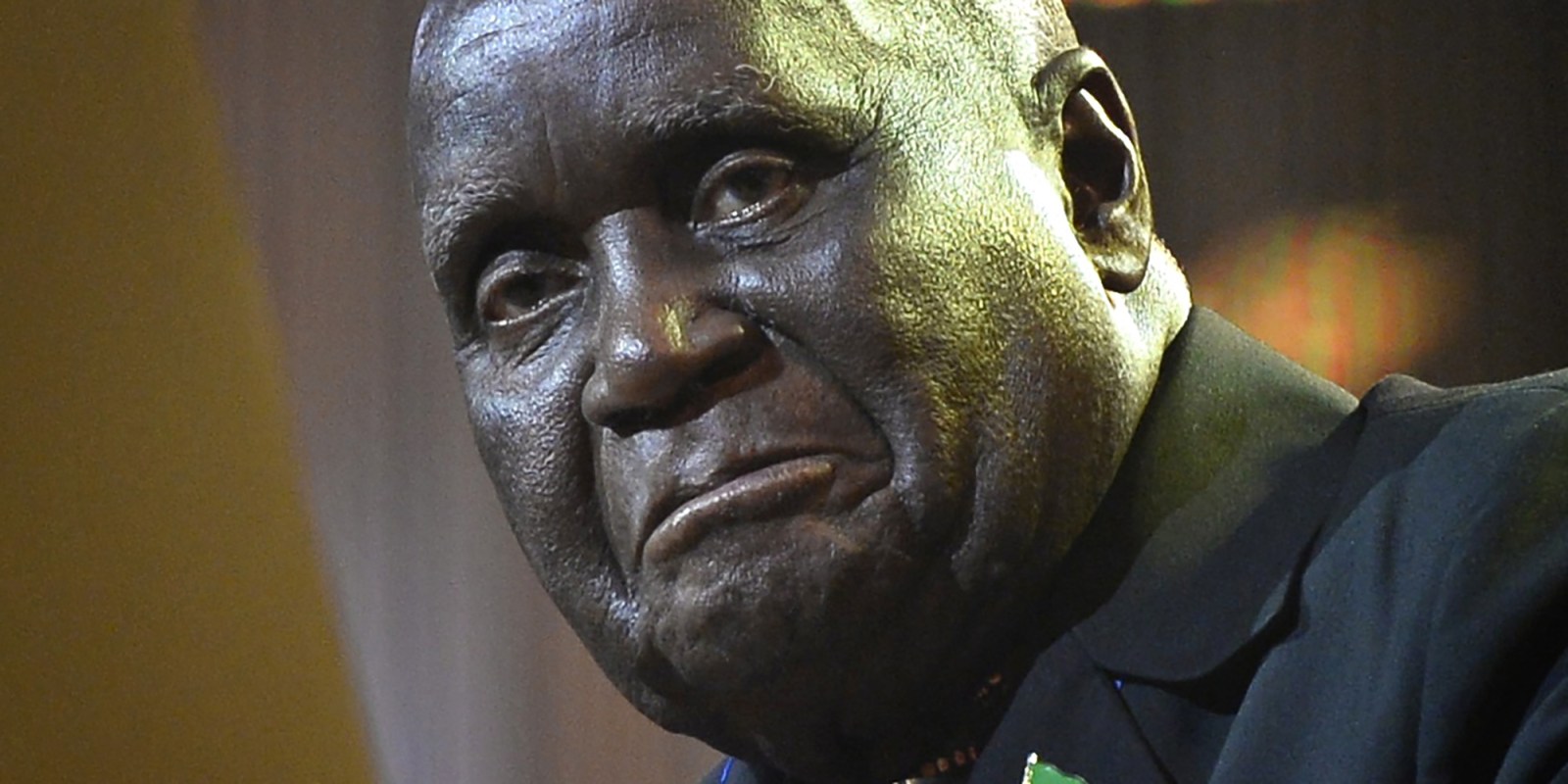 Kenneth Kaunda was a complex, pragmatic politician committed to holding Zambia together and furthering the cause for southern African independence. A Christian with an antipathy to violence, many acts of violence were committed in his name in the face of oppression and conflict.

Dr David Monyae is the Director of the Centre for Africa-China Studies (CACS) at the University of Johannesburg. Dr Emmanuel Matambo is Research Director at the Centre.

Kenneth Kaunda, Zambia’s first president who died on 17 June 2021 at the age of 97, was a seminal figure of the Frontline States, a coalition of southern African nations against apartheid. Apart from being an important figure in Africa’s liberation, Kaunda was also an exemplary politician who put bigger interests ahead of personal ambition. This was mostly on display when in 1991 he agreed to allow a return to multiparty politics in Zambia — a system previously banned in 1973.

Admirably, Kaunda conceded defeat to Frederick Chiluba with a grace that is rare for politicians of such standing. It also showed his deference to Zambia’s citizens who were overwhelmingly in favour of a return to multiparty democracy.

On 29 June 2021, the Centre for Africa-China Studies (CACS) in concert with the Office of the Vice-Chancellor at the University of Johannesburg (UJ) held an online tribute to Kaunda. The speakers were Prof Tshilidzi Marwala, Principal and Vice-Chancellor of UJ Dr Sishuwa Sishuwa, a renowned Zambian political commentator and historian, and co-author of this article, Dr Emmanuel Matambo.

Prof Marwala opened by looking at Kaunda’s Pan-African credentials, with a special focus on the help that the people of Zambia,d with Kaunda’s inspiration and direction, rendered to southern African liberation movements.

Dr Sishuwa spoke about Kaunda in a historical context. During his years as a member of the Northern Rhodesian African National Congress (NRANC), Kaunda grew increasingly disillusioned with what he thought was a too gradual approach to anti-colonial agitation. It was this disillusionment that led Kaunda and his close friends, such as Mainza Chona, to break ranks and political ties with Harry Nkumbula, the president of the NRANC.

Ultimately Kaunda was to lead Zambia to independence and was president for 27 years. He has often been criticised for having stayed in power for too long and for having banned political opposition in 1973.

Sishuwa looked at this from a historical perspective; one of Kaunda’s close friends, Simon Mwansa Kapwepwe had resigned from government and went on to lead the United Progressive Party. Kapwepwe came from the Bemba tribe, one of the biggest tribal groups in Zambia, and Kaunda, having been born of Malawian parents, was constantly aware of how toxic tribal politics could be not only for him personally, but for the entire country.

In addition, there was the troubling prospect of Kapwepwe and Nkumbula joining forces and thus driving Kaunda out of power at the 1973 polls. After the 1972 Chona Commission, the 1973 elections did not take place as Zambia had instituted a one-party state.

At the international level, Kaunda was concerned about the apartheid government offering support to opposition political parties, not unlike the way apartheid South Africa offered support to Renamo in Mozambique and Unita in Angola at great political, social and economic cost to those countries.

It was a confluence of these factors that pushed Kaunda to declare Zambia a one-party state. It is noteworthy, though, that one-party states were in vogue across post-colonial Africa. Thus, when one is assessing Kaunda the politician, it is politic to take into cognisance the overwhelming odds, both domestic and external, that confronted him, and the time during which he was president. His post-presidency epoch has been kind to his legacy.

It is rare that a leader would leave power and go on to live for three decades as Kaunda did. During that period, he managed to reposition himself as an elder statesman. The vindictiveness with which Chiluba treated him gained Kaunda more sympathy from the international community and from those who suffered the corruption and excesses of the Chiluba years.

Thus, even after Kaunda left active politics, he remained a respected politician.

But what about Kaunda the diplomat? In his autobiography Zambia Shall be Free, Kaunda talks about his hatred of violence. His struggle for Zambia’s independence was largely nonviolent, and he liked to model his activism on Mahatma Gandhi’s satyagraha.

During the tribute to Kaunda, Matambo talked about the Christian religion’s major influence on Kaunda’s politics and diplomacy. At times, his methods in diplomacy put Kaunda at odds with those whom he purportedly supported. His willingness to meet leaders of successive apartheid administrations did not always sit well with members of South Africa’s liberation movements.

Those most offended by Kaunda’s overtures, especially to apartheid Prime Minister John Vorster, even went as far as labelling Kaunda a sell-out. No doubt, there were members of South Africa’s liberation movements who envisaged a Chinese-style or Cuban-style charge on Pretoria wherein victorious liberators would roll their tanks through Pretoria and drive out apartheid apparatchiks. To those of this mindset, negotiating with apartheid governments was never an option.

However, South Africa’s history shows that even though Kaunda might have been hasty in extending overtures to apartheid leaders, ultimately South African liberation movements were reconciled to his initiatives and South Africa’s largely peaceful negotiation for the end of apartheid was a formula that Kaunda had favoured all along.

It is thus apt that Thabo Mbeki, South Africa’s president from 1999 to 2008, described Kaunda as one of the architects of South Africa’s democracy. It is also testament to Kaunda’s diplomacy that he managed to keep landlocked Zambia at peace with its seven neighbours.

Beyond southern Africa, Kaunda’s record of having supported the independence of Biafra in Nigeria is still curious. Beyond the continent of Africa, he scored a lot of diplomatic coups, not least convincing China, a relatively poor country at the time, to commit hefty amounts of money and significant personnel to build the Tanzania Zambia Railway line (Tazara).

It is noteworthy that Kaunda was a dexterous diplomat. He courted both the socialist and capitalist blocs of the Cold War dichotomy. In his ideological moorings and persuasions, he avoided a socialist toga, but pursued economic policies that were in tandem with socialism.

Perhaps his biggest international connection was with his close friend, Julius Nyerere of Tanzania. Kaunda did not only adopt some aspects of Nyerere’s Ujamaa policies, but he also named one of his children Kambarage, which was Nyerere’s middle name.

In sum, as we mourn the passing of one of Africa’s foremost post-colonial pioneers, we must reflect on what he represented. A candid assessment will draw a picture of a man who was as complex as he was human. He was a Christian, with an instinctual antipathy to violence, but he was also a pragmatic politician in whose name acts of violence were committed for him to pursue his single-minded goal of holding his country together while prosecuting the struggle for southern African independence.

He was also a politician who banned political opposition, but sought to champion the entrenchment of democracy and independent rule elsewhere on the continent.

Fortunately for him, he used his years after retirement to successfully rebuild an image that was tarnished both by national issues and personal failings, especially of an economic nature, but also by the capricious nature of global economics.

As Zambia draws closer to the crucial 12 August 2021 election, Zambians would do well to emulate Kaunda’s virtues and sidestep his flaws. DM