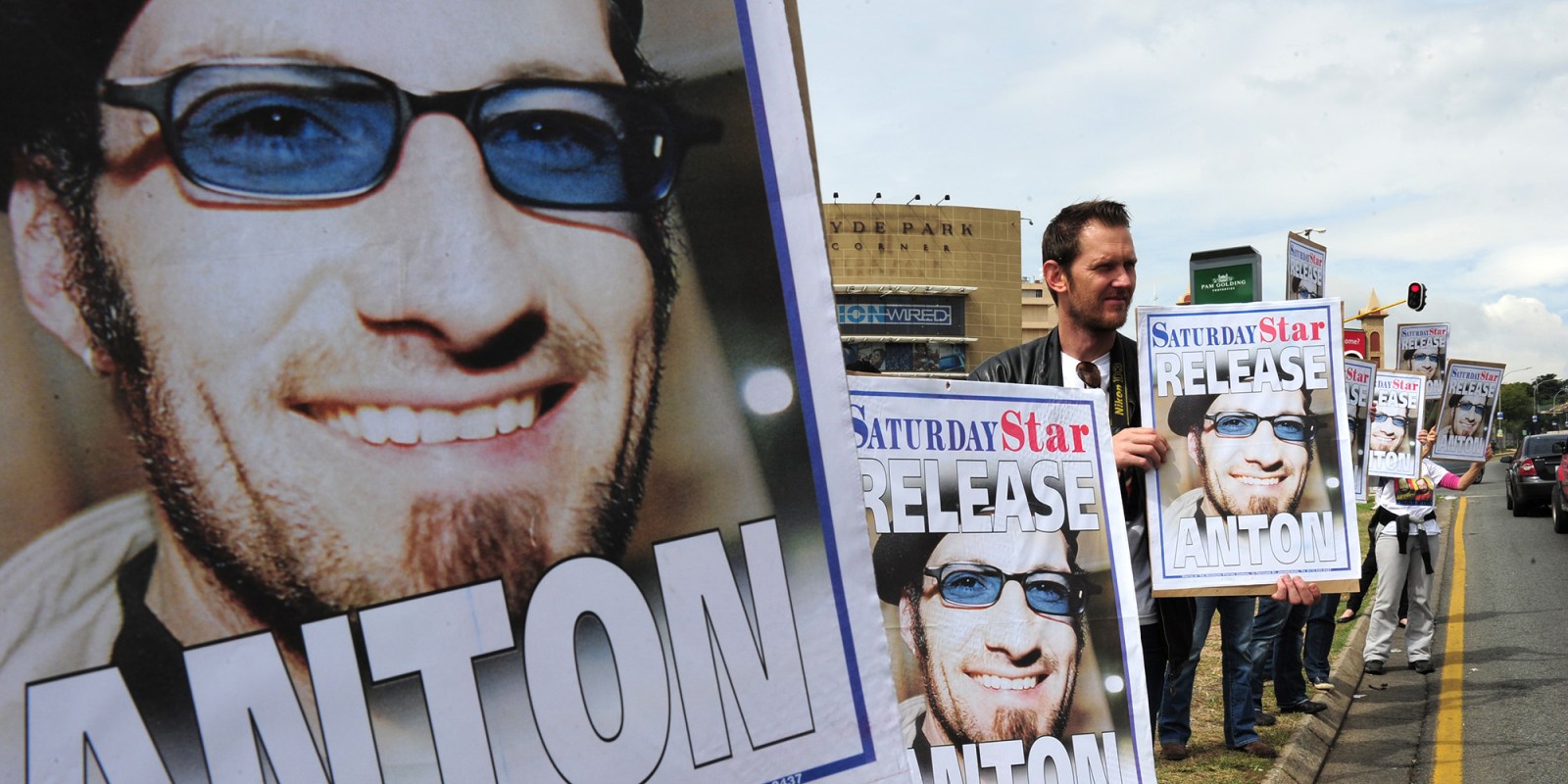 Anton Hammerl was killed by Gaddafi loyalists in Libya 10 years ago. His family wants justice and for his remains to be found and brought to South Africa.

Lawyers acting on behalf of the family of Anton Hammerl are hoping that documents buried in the ministries of three countries, including South Africa, might help finally bring the photographer’s remains home from Libya, where he was shot dead by troops loyal to Muammar Gaddafi in 2011.

The lawyers, working for Doughty Street Chambers in London, have submitted Freedom of Information requests to South Africa, Austria and Libya.

Hammerl had dual South African and Austrian citizenship and at the time of his death both governments were in contact with Libyan authorities, trying to secure his release in the belief that he was still alive.

The event was part of the #JusticeforAnton Campaign that aims to highlight the family’s quest to find Hammerl’s remains and bring those responsible for his death to justice.

The campaign was launched on the tenth anniversary of Hammerl’s death – April 5.

Monday’s event was attended by human rights lawyers, journalists and Hammerl’s wife, Penny Sukhraj-Hammerl. It coincided with the 47th session of the United Nations Human Rights Council, and hopes to put pressure on the UN.

Attempts to find Hammerl’s remains have been unsuccessful, with Libya embroiled in a civil war, but now with an interim government in power, one of the speakers at the event, the BBC’s Middle East editor, Jeremy Bowen, believes it is a good time to approach the Libyan authorities.

“I do think that there will be people there who will know exactly what happened,” says Bowen. “And so, what’s important is clearly to try to find out and to get the cooperation of people in Libya.”

He had recently moved to the UK and was working as a freelance photographer.

Before his move to the UK from South Africa, Hammerl had worked at The Star, the Saturday Star and the Sunday Independent newspapers. His images had won major awards.

The Libya he was heading to in March 2011 had been swept up by the Arab Spring and was spiralling into a vicious civil war.

A week after his arrival, Hammerl teamed up with three other journalists, James Foley (who was killed in 2014 while being held captive by Isis in Syria), Clare Gillis and photographer Manu Brado. They were heading west when they came under fire by Gaddafi loyalists.

Weeks later Gillis told how she heard Hammerl call out that he had been shot in the stomach.

Gillis and her two colleagues were taken captive, while Hammerl was left to die.

They were held for 6½ weeks, during which time Hammerl’s family was led to believe that he was still alive and being held captive. They were even told he wanted to call them.

It was only after the three other journalists were released on May 18 that Hammerl’s family was finally told that he was dead.

It is the correspondence and the documents generated during that time between the three countries that Hammerl’s lawyers believe will be important in providing clues to their investigation.

“The reason those [field information requests] are important is because in amongst all of the files that are kept inside ministries, there will be documents, which will be in answer to their inquiries made about where Anton was,” said Baroness Helena Kennedy QC, who is the director of the International Bar Association’s Human Rights Institute, at the event.

“It’s important to see who responded, what were the reference numbers on it. And to see who was making those responses which were dishonest and which were not giving the truth to his family, who were in a state of high anxiety.”

Gallagher believes that Libya might have committed a war crime when its soldiers killed Hammerl.

Also speaking at the event, Sbu Ngalwa, the chairperson of the  South African National Editors’ Forum, said they had written to President Cyril Ramaphosa and were informed that their inquiry had been directed to the Department of International Relations and Cooperation.

On the day the #JusticeforAnton Campaign was launched in April, three complaints were filed with the UN.

The first of these complaints was filed with the new United Nations Special Rapporteur on extrajudicial, summary or arbitrary executions, Dr Morris Tidball-Binz.

The other two complaints were directed to the UN special rapporteur on freedom of expression, and the UN working group on enforced or involuntary disappearances.

To add further pressure on the UN, Sukhraj-Hammerl is likely to address the United Nations Human Rights Council this week via video link.

Then there is the other initiative that was launched on Monday, with the hope that the power of social media will bring Hammerl home.

This initiative has taken off, with images already across Twitter.

It is the selfie campaign, where people photograph themselves holding up a page saying “Justice for Anton”. This is then uploaded to social media with the hashtags @Justice_4_Anton and #JusticeforAnton.

Those participating have been asked to wear something yellow, a reminder of the yellow ribbon campaign that Hammerl’s family launched when they believed he was still missing.

Sukhraj-Hammerl believes all this can help in her and her family’s quest.

“We need accountability for what happened. We need the United Nations to seriously consider our case and act to end the injustice. And to end the ongoing violation of our rights as a family to know what’s happened to Anton,” says Sukhraj-Hammerl. DM