Fire up the grill for some kitchen witchery 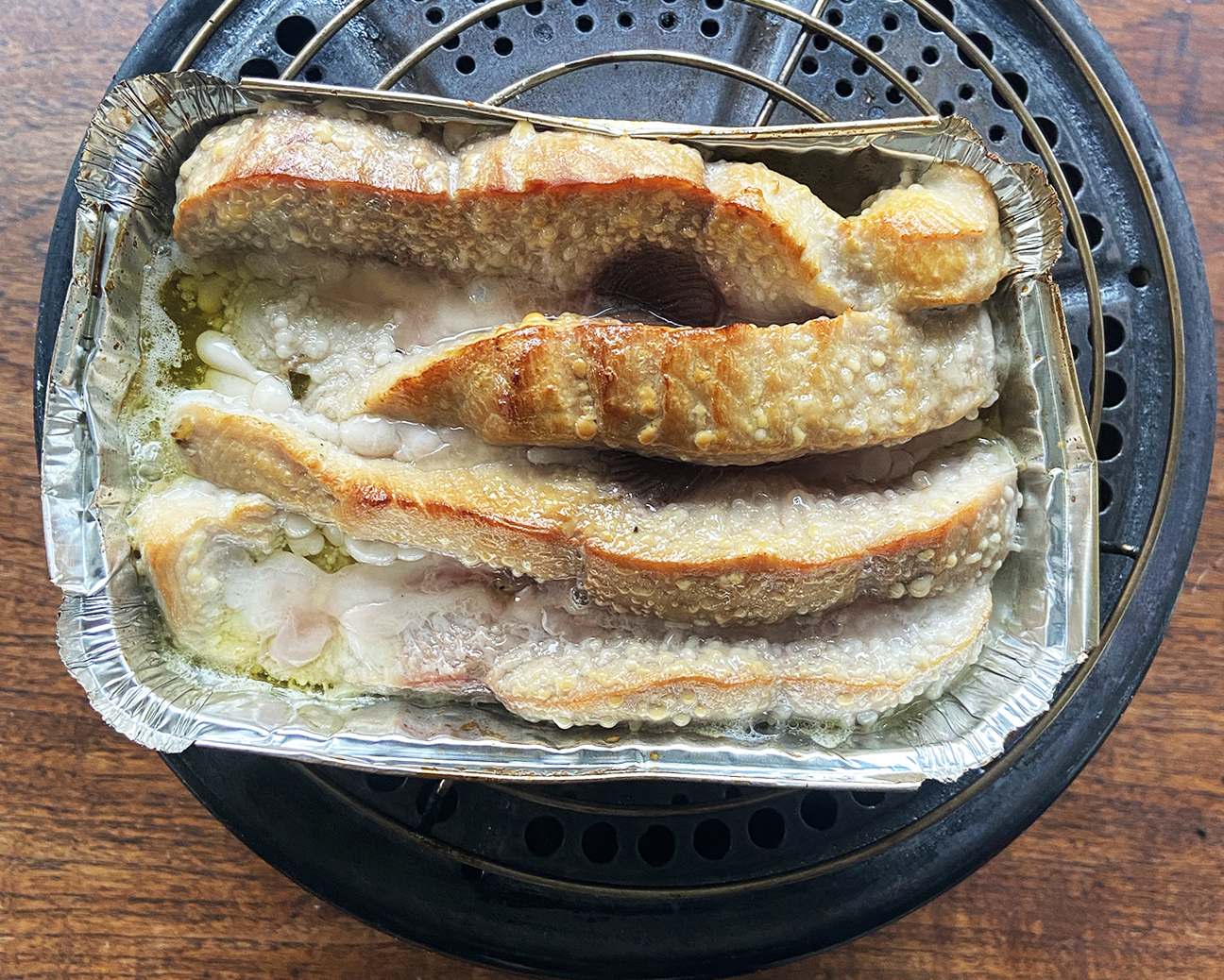 The culinary cognoscenti are using one of the earth’s classic elements – fire – but with new pertinacity.

Jac is interested in the methods of cooking as a means of preserving the original taste of food.

“So much of our food is simply cooked to smithereens,” he says.

He buys as much organic food as he can find in Cape Town, meat from LA Farms up the West Coast where the animals are not in feedlots and youngsters are not separated from their mothers too early; nuts and fruit and veggies from Nude Foods, a non-plastic warehouse-inspired shop with properly researched foods, different flours, rices, beans and cereals.

Situated in an industrial part of town, it is a combination of an old fashioned grocer and an organic emporium.

“If a farmer can go that extra mile to grow without fertilisers and hormones and chemicals, I want to do the same to preserve the particular taste of the product. It is really about respecting food.”

Fish is a favourite, not the expensive cuts but very often calamari or squid or – dare I say it – octopus. Over the years, using his same meticulous and painstaking methods he employed in photography he has experimented with various fish, which let’s face it can be rather like eating an eraser.

Today it is swordfish, the most popular fish in Portugal, inexpensive, as thick as your thigh, oozing deep sea vitality. Bought at Fish for Africa, R69 for around 10 large pieces, it can be disappointingly flat but an energetic pursuit of alternative cooking methods has brought up a curious piece of apparatus, a cooker called a Cobb, made in South Africa. It combines the human’s deep-seated need for fire with a simple but sophisticated stove-like object that is fired by charcoal. You can cook anything on it, but it gives fish, so often bland, a slightly smoked taste.

This light, portable and versatile cooking system allows you to cook anything, anywhere, any time; the mesh section of the base is always cool, while cooking hot inside. I doubt I can live without one.

Jac’s fish is served with roasted tomatoes mixed with onions and leeks, also fired up on the Cobb and a combo of mashed sweet and ordinary potato; the results can be volcanic.

To me this new piece of equipment has a witchery, ancient and modern together, that produces food that panders both to our caveman tastes but with more jazz. It gives a special sort of roasted flavour to vegetables and even fruit – roasted quince is delicious. It is fired by a small basket of charcoal to which can be added wood shavings.

“I get shavings called Cape Smoke (available from most hardware stores) made from old French oak wine barrels. I first add a bit of water to the shavings and then microwave them so it drenches the wood.”

They add verve to the final product.

“I like to cook with fire,” says Jac, “It takes precise timing and constant attention, the opposite of fast food.”

Over the years he has experimented with sous vide, pizza ovens, simple braaiing, using vegetables such as stinging nettles, dandelions, samphire and his much loved okra, very often a Cinderella vegetable in the Cape but used all over Africa.

Once when I was living in Khartoum, I cooked an old-fashioned English roast for a Sudanese friend. When he saw there was no okra, he said he would be unable to eat it. The slightly revolting okra slime gathers together the bread with the meat and if you are eating with your hands, it is essential.

“Cooking over a fire is completely different to cooking on a stove, it imparts a taste that is difficult to describe and not possible to achieve any other way. But I am still learning, it is not something to just get over night.”

He is modest about his cooking: “It takes years. I only once got a bouillabaisse right by getting the proportions of stock and fish correct. Cooking is a science.”

Ah, it is the culinary version of his meticulous photography with that same need to probe different solutions and the unseen layers that lie beneath both the animate and the inanimate.

For example, his Strandveldfood book is a lot more than a recipe book. Written and photographed with Kobus van der Merwe of Wolfgat in Paternoster, winner of Restaurant of the Year at the inaugural World Restaurants Awards in 2019, it is a remarkable testimony of food, people and the sea. DM/TGIFood