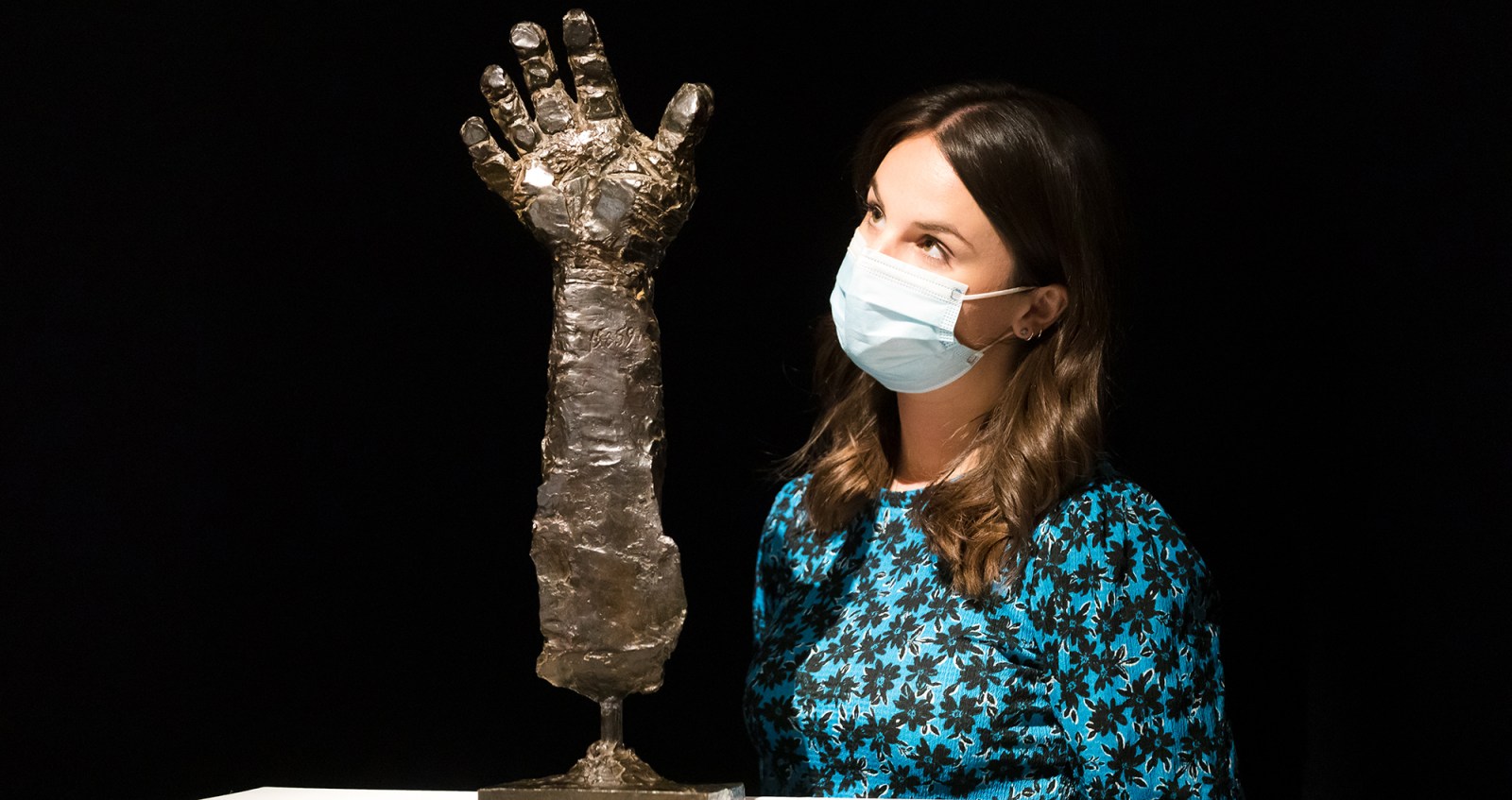 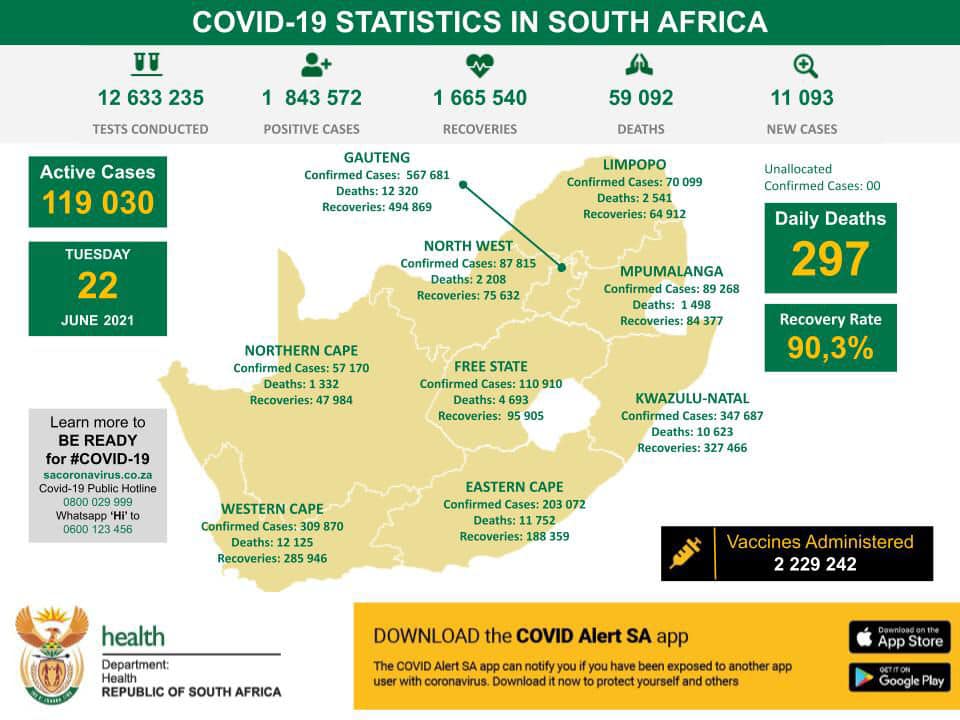 New Zealand health officials are scrambling to trace the contacts of an Australian traveller from Sydney who visited Wellington over the weekend while infectious with Covid-19. Restrictions have been imposed in the capital and surrounding region.

The Tokyo Olympic organisers have dropped plans to sell alcohol at venues given the move could fuel the spread of the virus, Kyodo reported, without attribution. Thailand reported a record daily virus death count and China plans to keep travel restrictions in place for at least another year as officials fret over the emergence of new variants.

The White House acknowledged that the US will likely fall just short of President Joe Biden’s goal of getting 70% of US adults a first Covid-19 shot by the July 4 holiday. Morgan Stanley, meanwhile, plans to bar employees who aren’t vaccinated from entering its offices in the New York area.

The government plans to extend island-wide soft lockdown by another two weeks to July 12 from June 28, TVBS reported, citing a Central Epidemic Command Center meeting on Tuesday night. The resolution will be sent to Premier Su Tseng-chang on Wednesday morning for a final decision, the broadcaster said.

A drug used to treat parasite infections in humans and livestock will be investigated as a possible treatment for Covid-19 in a large U.K. study at the University of Oxford.

The medicine, known as ivermectin, has antiviral properties and initial preliminary studies have shown it can reduce viral load, the amount of virus in the respiratory tract, and the length of symptoms in those with a mild infection, the university said in a statement.

New Zealand health officials are scrambling to trace the contacts of an Australian traveller from Sydney who visited Wellington over the weekend while infectious with Covid-19.

The visitor was in Wellington from Saturday, June 19, until Monday, June 21, and tested positive for the virus on their return to Australia, the Ministry of Health said on Wednesday. In addition to the flights the person was on, four locations of interest have been identified, including national museum Te Papa and a central city bar. Close contacts are being asked to get tested and isolate for two weeks.

Gatherings in the Wellington region will be limited to 100 people or less and social-distancing restrictions will be imposed, Covid Response Minister Chris Hipkins said at a news conference.

Morgan Stanley plans to bar employees who aren’t vaccinated against Covid-19 from entering its offices in the New York area, as a growing number of major Wall Street firms delay the return of staff who aren’t protected against the deadly virus.

The policy, outlined in an internal memo, is one of the most restrictive issued by a major U.S. bank so far. The firm said the goal is to help create a normal office environment, without a need for face masks and physical distancing.

The Biden administration is calling for a scaled-down, in-person gathering of world leaders for the United Nations General Assembly in September as New York City, once the epicenter of the coronavirus pandemic in the U.S., recovers.

Because the U.S. is the host country for the UN headquarters, located in the Turtle Bay neighborhood on Manhattan’s East Side, its guidance is crucial.

US to Miss Biden Shot Target

The White House acknowledged that the U.S. will likely fall short of President Joe Biden’s goal of getting 70% of U.S. adults a first Covid-19 shot by the July 4 holiday.

Jeffrey Zients, the head of the White House Covid-19 response team, said the administration had hit its 70% vaccination target among Americans ages 30 and older, and is poised to reach that threshold for those 27 and older by Independence Day. It will take a few extra weeks to hit the 70% mark for everyone 18 and older, Zients said.

The pace of shots in the U.S. has fallen off by about two-thirds since April, with about 1.1 million doses now administered per day, according to the Bloomberg Vaccine Tracker. At that rate, it will take another five months for 75% of the population to be vaccinated.

Three Democratic senators asked Facebook Inc. Chief Executive Officer Mark Zuckerberg how the company is fulfilling its pledge to remove Covid-19 vaccine misinformation from its platform and sought company data on the effort. Senators Bob Menendez, Mark Warner and Mazie Hirono sent a letter dated Monday asking Zuckerberg to detail how many users viewed vaccine-related misinformation. The lawmakers said that about 275,000 Facebook users are members of anti-vaccine groups. Facebook was told to respond by July 5.

Moscow moved to ban unvaccinated guests from restaurants and cafes while the city’s hospital system works at capacity amid a record number of infections.

Starting Monday, people will need to show a QR code that proves they have been vaccinated, recovered from Covid-19 within the last six months or received a negative PCR test in the last three days, Mayor Sergei Sobyanin said on his blog.

More than 2 million residents in the city of 12.7 million have received at least one dose, and demand for vaccines has risen as much as fivefold since a citywide order requiring many workers to get inoculated, the mayor said. Still, the vaccine push will take up to three months to get results, forcing the city to institute new restrictions, according to Sobyanin.

The European Commission purchased an additional 150 million doses of Moderna’s vaccine, bringing its confirmed order commitment to 460 million doses, according to a statement from the company. Under the terms of the agreement — which includes the ability to buy other Covid-19 vaccine candidates from Moderna’s pipeline — delivery of the company’s updated variant booster candidate will begin in 2022, subject to regulatory approval.

The additional doses “could be used for primary vaccination, including of children, or possibly as a booster if that becomes necessary,” said Stephane Bancel, Moderna’s chief executive officer.

At least two South African labor unions have vowed to support workers who are threatened with dismissal if they refuse to be vaccinated. That follows a directive by the Department of Employment and Labour earlier this month that made provision for employers to implement a mandatory vaccination policy.

Union Solidarity said it will take employers to court who dismiss workers because of their choice not to be vaccinated, while the South African Parastatal and Tertiary Institutions Union said employers can’t issue a “one-size-fits-all” policy about shots.

India has found 22 cases of a mutation of the delta variant in the states of Maharashtra — home to the financial capital, Mumbai — Madhya Pradesh and Kerala, federal Health Secretary Rajesh Bhushan said.

The delta variant was the primary cause of India’s devastating second wave that swamped hospitals and crematoriums in April and May.

Eight members of the Ugandan Olympic team have been quarantined in Japan after a coach tested positive, AFP News Agency reported.

Cuba Says Its Vaccine Is 92% Effective

The government didn’t provide any further details. The drug has been undergoing clinical trials since March. On Saturday, Cuba said another vaccine developed on the island nation, called Soberana 02, had proven to be 62% effective against the virus when two doses were administered.

China to Keep Border Curbs for a Year

China plans to keep coronavirus-related restrictions on its border for at least another year amid concerns about new variants and hosting large events, Dow Jones reported, citing people familiar with the matter. DM

— With assistance by Andrew Janes.