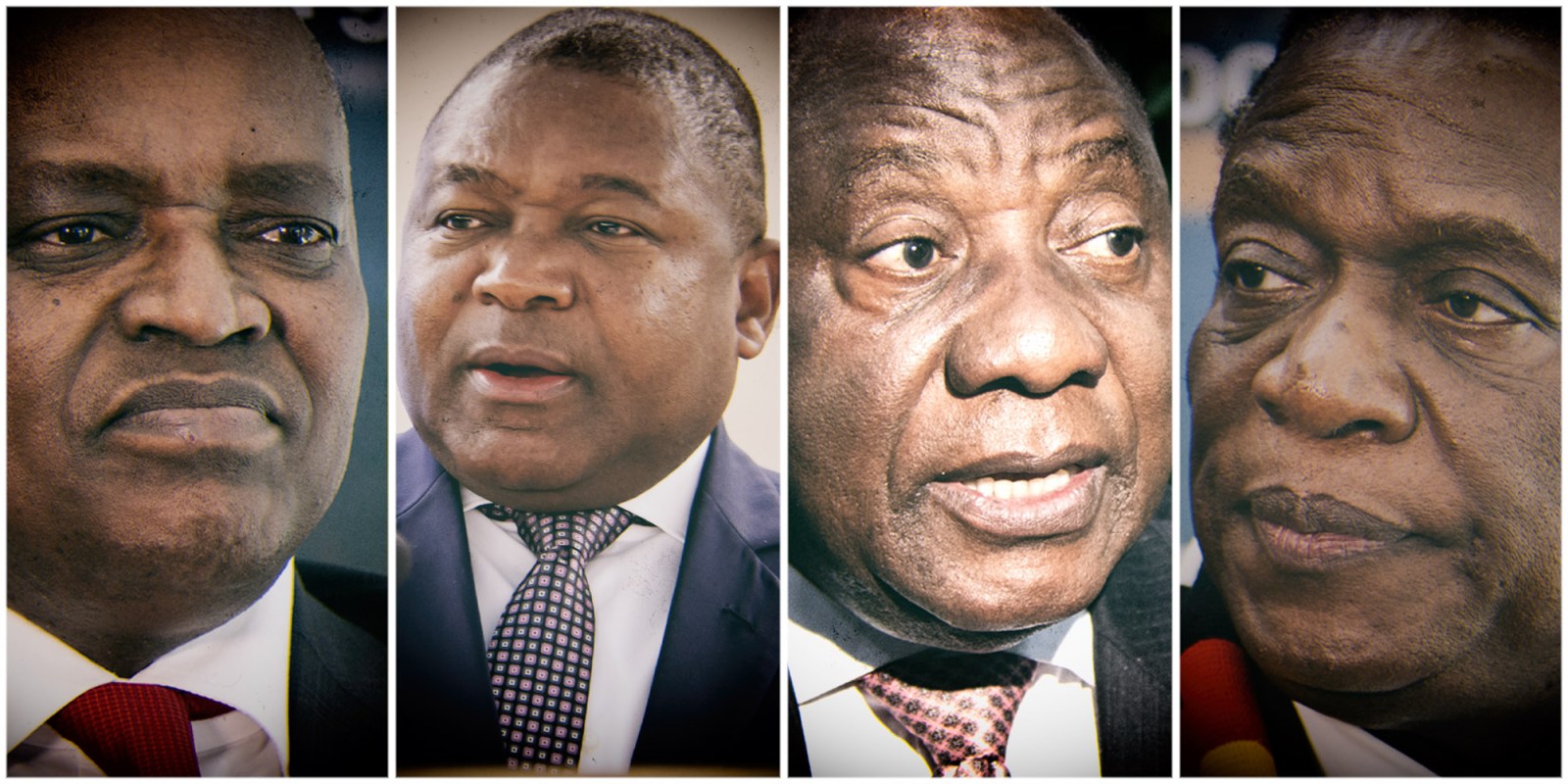 Regional leaders will meet in a full summit in Maputo on Wednesday once again to try to decide if they should send a military force into Mozambique to tackle a growing Islamic State-linked insurgency there.

It will be the third time in a matter of weeks that the 16-nation Southern African Development Community (SADC) will attempt to reach this crucial decision. Agreement has so far eluded them, mainly, it seems, because the Mozambique government is reluctant to allow a proposed regional force on its soil.

There is still no clarity on Mozambican President Filipe Nyusi’s thinking on a regional military intervention, though most commentators and analysts believe he remains reluctant.

SADC and Mozambique have been batting the idea around for about a year. The issue came to a head after a major assault by the insurgents on the coastal town of Palma in Mozambique’s northernmost Cabo Delgado province at the end of March. That forced the French energy giant Total to suspend its vast liquid natural gas project at nearby Afungi.

It also jolted SADC into action. In April, SADC military officials visited Cabo Delgado and wrote a confidential report, proposing that a regional force of about 3,000 troops intervene in Cabo Delgado to “combat and neutralise” the insurgency and drive it out of the territories it occupies, mainly the coastal town of Mocimboa da Praia and surrounding areas.

A summit of SADC’s security organ troika was supposed to consider this report in Maputo on 29 April, but it was cancelled the day before, supposedly because President Ramaphosa and his Botswana counterpart Mokgweetsi Masisi — both members of the organ — were unable to attend. Many suspected the real reason was that Nyusi was reluctant to confront the problem for several possible reasons. These include pride, which makes him reluctant to acknowledge he needs the region’s help; fear that SADC troops might discover the alleged involvement of senior Frelimo officials in illicit activities such as trafficking of drugs and natural resources in Cabo Delgado and a desire to hold on to foreign financial assistance to fight the insurgency — rather than sharing it with SADC.

Some other SADC countries, including South Africa, however, fear that if not decisively checked, the insurgency of the so-called “Al-Shabab” Islamic extremists, could spread into neighbouring states.

An extraordinary SADC Double Troika Summit — including both the security organ troika and the SADC troika took place in Maputo on 27 May, but was unable to reach a decision.

It postponed it until tomorrow’s meeting which is to be a full summit of SADC, chaired by Nyusi who presently heads the organisation. It is unclear how many of SADC’s 16 other leaders will attend. However, Ramaphosa has confirmed his attendance. Masisi and Zimbabwe’s Emmerson Mnangagwa are likely to be there too.

Ramaphosa said in a statement that the purpose of the summit was, among other issues, to consider the proposed SADC regional response and support of Mozambique to address terrorism and acts of violent extremism in the Cabo Delgado province.

Addressing a preparatory meeting of SADC foreign ministers on Tuesday, Mozambique’s foreign minister Verónica Nataniel Macamo Dlhovo said the region was confronted with new threats to development such as terrorism and climate change. Fighting these required a “high sense of solidarity and brotherhood”.

“Today, because of the threat posed by terrorism, we are once again called upon to reflect together and seek lasting solutions to stop this phenomenon in its early stages.”

However, there is no consensus inside or outside SADC on what should be done to end the insurgency.

Nyusi’s apparent preference is to elicit the support of other countries or private security companies piecemeal, perhaps to retain control of the process. He hired the South African company Dyck Advisory Group for a year to provide air support to Mozambique ground forces through light attack helicopters.

The SADC experts’ report called for three light infantry battalions of 620 troops each and two special forces squadrons of 70 troops each, plus headquarters and support staff. Two attack helicopters, two other armed helicopters and two utility helicopters would provide air support to these combat ground troops.

The SADC force would also include two surface patrol ships with helicopters on board, one submarine and one maritime surveillance aircraft to “enforce maritime law and deny terrorist freedom of action along Mozambique territorial waters and inland waters within Cabo Delgado.”

The ICG report said this proposed force “may well be an unrealistic proposition”.

It suggested that the force would be unaffordable and that some diplomats and analysts suspected it was just a way for some SADC member states to use the Mozambique crisis to justify international resources for their own militaries.

“SADC’s intervention in the DRC already serves as a cautionary tale,” the ICG added, noting how the SADC-staffed UN Force Intervention Brigade had failed to finish off the Allied Democratic Forces, an armed rebel group also affiliated to Islamic State, in eastern Democratic Republic of the Congo.

“Security and Mozambican government sources fear that foreign troops with limited understanding of the local environment would similarly struggle against al-Shabab. If they got bogged down in a long conflict, they could attract more foreign fighters eager to take on international forces and turn the province into a battlefield pitting Western-backed forces against transnational jihadists seeking to open a new frontier.”

The ICG instead proposes a “measured” external military intervention, saying that Mozambique might do better accepting military advisers, intelligence capabilities and “limited but effective combat support” from regional and international allies.

This foreign support should be deployed in support of the elite Mozambican commandos and marines that were already being trained by international partners to spearhead operations against al-Shabab.

However, in contrast with the ICG’s assessment that the proposed 3,000-strong SADC intervention force is unrealistically large, the independent military expert Helmoed Römer Heitman told Daily Maverick recently that it would be significantly too small to fulfil its mandate.

Heitman — a member of South Africa’s last defence review — lamented “the usual constraints when it comes to force strength. Like almost every peace support operation to date — too small a force, too lightly armed and probably too slowly deployed.”

Three battalions “are not sufficient to protect the population and hunt down guerrillas while the Mozambique forces are being retrained and reorganised.”

“The force we have in the DRC — three Rooivalks (attack helicopters) and five Oryx ( helicopters — would be an absolute minimum…” he said. DM