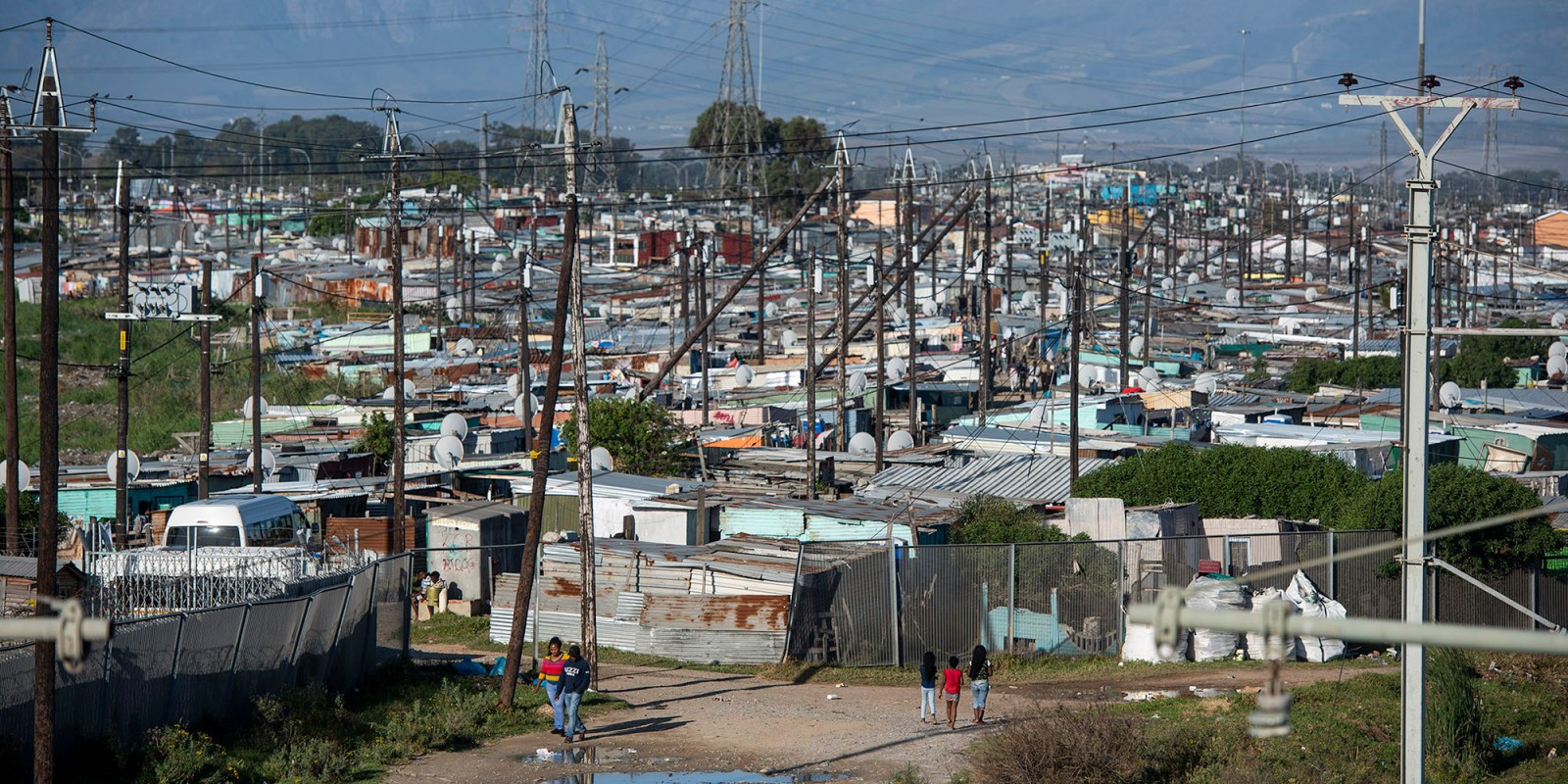 The way to address inequities is to adopt an area-based approach, with the government dedicating its investment to where 70% of the country’s population resides amid a progressive strategy to upgrade informal settlements, says Neville Chainee of the Department of Human Settlements. (Photo: David Harrison)

South Africa’s foremost human rights advocates say that the persistent racial tensions in the country are fuelled by inequality and that the country is far from the South Africa united in its diversity envisioned by the Constitution.

On Tuesday, the South African Human Rights Commission (SAHRC) held its second national conference on racism, titled “Towards social cohesion, non-racialism and the eradication of racial polarisation and tension”. The first conference took place in 2000.

“It is impossible to promote unity and social cohesion when inequality still persists according to racial lines,” Majola said. Talking about the recent racially fuelled tension in Senekal and at Brackenfell High School, Majola said this showed that much still had to be done to heal the divisions of the past.

The use of social media to promote racist material and messages was also highlighted as an area that needed to be addressed.

Former SAHRC chairman Professor Barney Pityana reflected that when he participated in the inaugural racism conference as a SAHRC commissioner, it was made clear that working towards eliminating racism in South Africa was not just about “white people banging their chests saying mea culpa, mea culpa”.

Pityana said the first conference also required getting the buy-in of those who were historically oppressed into the possibility of all South Africans working together towards a new society.

“In 2021, racism and the incidents of racism are not necessarily a continuation of apartheid… it’s more complex than that,” said Pityana.

He noted that the current incidents of racial tensions were the result of black South Africans asserting their rights and being articulate about their experiences of inequality, which, he said, is why it would appear that there are more racial incidents.

It is an ongoing matter, Pityana said, and the commission’s role is to help people find the tools of engagement needed to live together. The commission’s involvement was one of facilitating engagement and, where something egregious had happened, compelling the law to take its course.

Former SAHRC commissioner Professor Leon Wessels said that racism in South Africa could not be removed superficially, that the eradication of racism could only happen on a human-to-human level. “We must remove our racially tinted sunglasses,” he said.

Representing the Department of Human Settlements, Neville Chainee gave a presentation on how inequality along racial lines had affected and continues to affect South Africa’s segregated spatial development.

While the government had created 4.8 million housing opportunities, with 13.6% of houses being subsidised by it, “Our inability to address matters relating to land, land ownership, land reform, land transformation, has impacted the way we do things,” said Chainee. A fact, he says, that has perpetuated South Africa’s racial spatial disparities.

Chainee said that this has locked out coloured and African communities from being able to access socioeconomic infrastructure such as roads and lighting. The way to address these inequities was to adopt an area-based approach, with the government dedicating its investment to where 70% of the country’s population resides amid a progressive strategy to upgrade informal settlements.

Dr Shanelle van der Berg, a senior researcher at the SAHRC, said that socioeconomic status had a direct impact on whether a person was able to access their constitutional rights.

“If we think about race and poverty intersecting, we can just look at the stats produced by StatsSA: 64% of black Africans remain poor, 40% of coloured people remain poor and then, on the other hand, 6% of Indians and Asians are poor and only 1% of whites are poor,” Van der Berg told the conference.

She went on to say that racism was in the architectural design of South African society from colonialism and apartheid, and it was not possible to delink race from social transformation.

Turning to how inequality manifests on racial lines in the health sector, Van der Berg said that only 16% of the population was covered by medical aid, 72% of whom are white, 17% coloured and 10% black Africans.

Tseliso Thipanyane, the CEO of the SAHRC, lamented the failure to use the equality courts, mandated by the Promotion of  Equality and Prevention of Unfair Discrimination Act. The act’s main function was to help South Africa transition into a democratic society and to be used as an instrument to address racism. He said the 300 courts were hardly used and had a track record of only 600 matters being resolved a year.

“If we don’t address the scourge of racism in our country, we’re basically setting ourselves up for failure and we’re undermining our democracy and also threatening the future of our country,” warned Thipanyane.

SAHRC Commissioner Andre Gaum pointed out that the Constitution does not ask us to ignore our differences, but to be “united in our diversity”. He said it was the responsibility of all members of society to actively speak out against racism and promote equality.

Gaum explained that even private actors such as businesses are bound by Section 8 of the Constitution to not be discriminatory, taking as an example the racially discriminatory adverts of Clicks and H&M.

“The implementation of the National Action Plan, as well as the dedication of resources, is very critical and all of us must focus on the implementation of that plan to really start addressing systemic issues across society… racism is not something that can be tackled by government alone… every single sector of society has to be drawn into a combined effort to address this scourge,” concluded Gaum. DM/MC