How did Clicks – and so many other brands – get it so wrong? 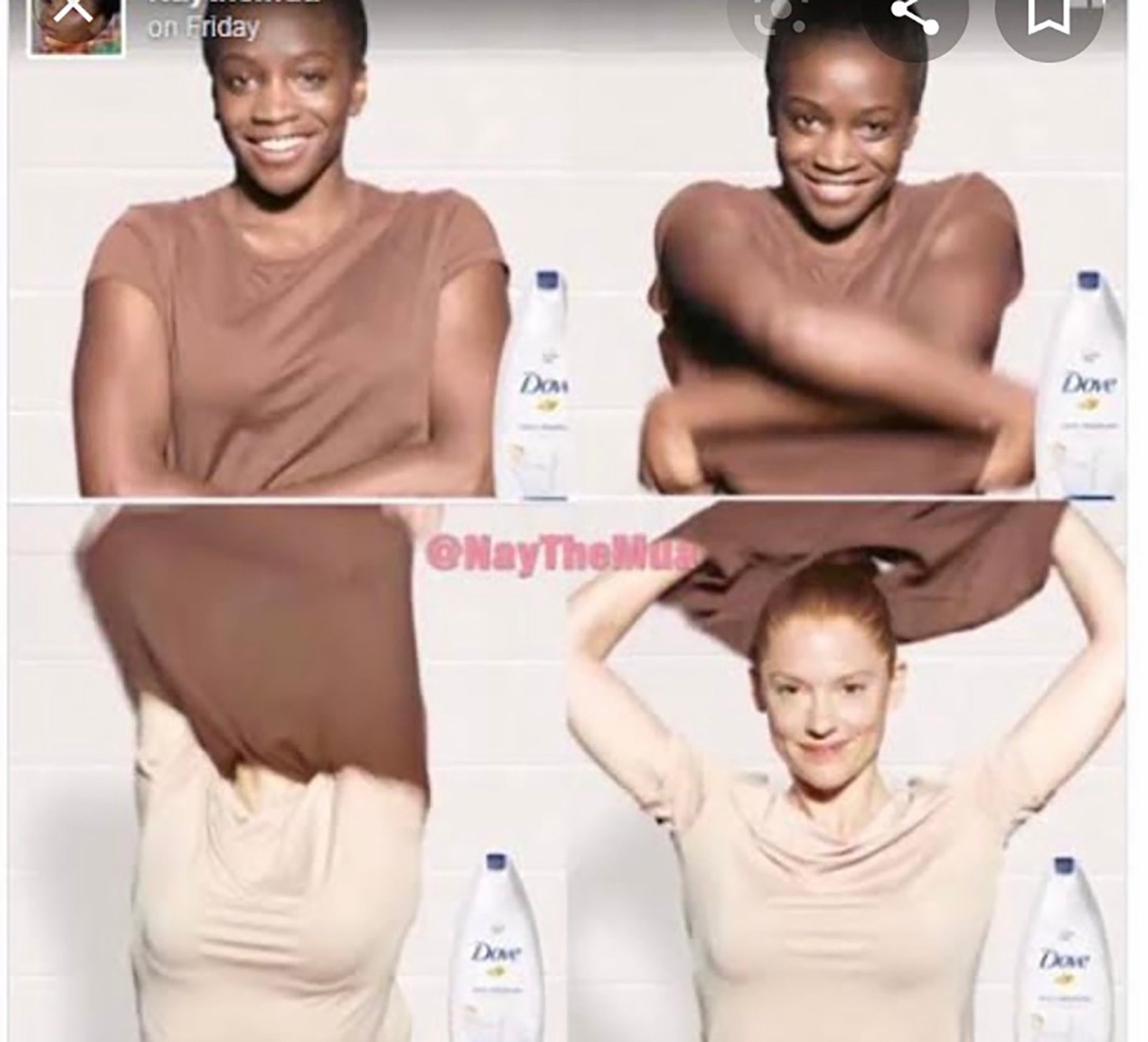 In the aftermath of the Clicks hair product advertisement debacle, one of the biggest questions is how and why do such adverts keep happening, and how can this be stopped?

South Africans were outraged when retailer Clicks, on its website, showed a TRESemmé advert depicting a white woman’s hair as “fine & flat” and “normal” while a black woman’s hair was described as “dry & damaged” and “frizzy & dull”. How did one of South Africa’s biggest retailers get it so wrong?

“Representation is important and it matters … Black women have been subjected to European aesthetics of beauty for centuries,” said Nelisa Ngqulana, the managing director of PR Trendz ZA.

“We are now in a moment where African beauty in all its forms has its rightful places … For a brand that sells to black women to not know that, portrays a sense of tone-deafness and disrespect for the dignity of black people,” Ngqulana told Daily Maverick.

When asked about the impact of the images, Ngqulana said that, “They take us back. They put us in a position where we must constantly explain ourselves and why we deserve respect … We shouldn’t have to be subjected to this. It is not our place to constantly educate.”

Soon after the outrage started on social media, Clicks issued a statement on 4 September: “We would like to issue an unequivocal apology. We have acted swiftly to remove the images, which go against everything we believe in at Clicks. We do not condone racism of any sort and are strong advocates of natural hair,” the statement (published on social media) read.

Over the past few days, a senior executive responsible for the advert has resigned, while the other individuals who were on the team from Clicks have been suspended and are awaiting disciplinary action.

All this while the EFF has protested at Clicks stores nationwide. The company has been locked in meetings with the political party over the images. In the aftermath, Clicks has removed the TRESemmé range from its shelves and has committed to replace it with locally sourced hair products.

On 8 September, Clicks wrote in a statement: “In addition, Clicks has been involved in extensive discussions with the departments of Labour and Trade and Industry over the past few days and will be working closely with them to help develop the local beauty market in South Africa.”

TRESemmé and its parent company, Unilever, have since apologised, and the Shoprite Group (Shoprite and Checkers), Dis-Chem, Woolworths and Pick n Pay have all removed TRESemmé products.

Clicks is but one of a number of companies berated for poor representation.

In 2018, the popular Swedish clothing brand H&M apologised after pictures showed a black boy wearing a T-shirt that read “coolest monkey in the zoo”. In South Africa, the EFF took offence to this, labelling it as racist, and protests turned violent at stores. At the time, branding and advertising expert Thebe Ikalafeng told News24 the ad was unacceptable as the word ‘monkey’ had been used against black people “derogatively to dehumanise them”. H&M issued an apology and said, “We agree with all the criticism that this has generated – we have got this wrong and we agree that, even if unintentional, passive or casual racism needs to be eradicated wherever it exists.”

Retailer #HM has apologized for using a black child to model a hoody with the slogan #coolestmonkeyinthejungle after it was accused of racism. Social media users pointed out that white children were used to model 2 other tops from the same line. The top is still available online pic.twitter.com/NoRavnBunr

In 2017, beauty brand Dove came under fire. The brand (coincidentally also owned by Unilever), released a marketing campaign showing a black woman “turning herself white” after using Dove Body Wash. The social media advert showed Lola Ogunyemi, a dark-skinned model, taking off her shirt to reveal a white woman underneath.

The advert received global backlash, with Dove offering what many considered as a frivolous apology: “An image we recently posted on Facebook missed the mark in representing women of colour thoughtfully. We deeply regret the offence it caused.”

The ad was swiftly taken down. This wasn’t the first time Dove had missed the mark. In 2011, a print advert for another body wash product showed three women standing in front of “before” and “after” boards: the black woman was the “before”, the white woman was the “after”.

Popular alcohol brand Savanna came under fire in August 2020 for an advertisement that didn’t feature black women, although they are considered Savanna’s primary consumers. The brand quickly responded with this tweet:

Well, this feels a lot like the first night of stand up. We tried something, we took an L, we’ll own it and we’ll be back. Thank you for the feedback. We hear you. #SiyavannaSouthAfrica #WeGetYouSA

Savanna apologised quite quickly and replaced the advertisement with a new one.

Gail Schimmel, CEO of the Advertising Regulatory Board, told Daily Maverick the board had received 10 complaints about the Clicks website advert.

“The Advertising Regulatory Board has as its primary purpose the protection of consumers. To that end, when we find that an advertisement is misleading or offensive, we will order the advertiser to remove the advertisement to prevent future harm. Providing they cooperate, we do not issue further sanctions,” said Schimmel.

She told Daily Maverick that because Clicks had removed the advert, issued an apology and taken steps to address the problem, “there is therefore no need for the Advertising Regulatory Board to intervene further, as the advertisement is no longer running and we would not be in a position to issue further sanctions”.

Schimmel said, “I … think the sheer stupidity of the ad has outraged people – it is so clearly a case of thoughtlessness, perpetuated by a team of people.”

When asked if there could be any changes made in the advertising industry, Schimmel said, “From our perspective, we are looking at what training we can do on what the rules actually are. I feel strongly that knowing the rules – knowing that there are actual rules about this sort of thing – will empower people to speak up and to stand up when ads make them feel uncomfortable at the conception stages.”

Bongani Gosa, the creative director of BWD advertising agency, said clients need to hold advertising companies accountable for diversity and representation. Gosa is part of Black Agencies, a directory where potential clients can seek out black-owned and black-run agencies in South Africa. The directory lists black-owned or black-run agencies that have more than five full-time employees and contactable details. It also provides information and support to these, whether through potential projects or teaming up for bigger joint projects.

He said in the recent Nikon case, where the camera brand ran an advert featuring a predominantly white set of influencers, bar one black influencer, Gosa and other creatives went to the company and told them Nikon would be boycotted until the issue was resolved.

Read in Sunday Times: Black creatives call for boycott of Nikon over lack of diversity in new campaign

“One of the other guys who met up with the CEO spoke to the CEO and told him that this is wrong and the issue was fixed,” said Gosa, adding, “we tackle these issues as they arise.” Gosa said these issues, like the Clicks one, arise when power is not transformed properly – where black people are juniors in advertising and marketing firms, but at top level, executive decision-making remains with white people.

Weighing in on the topic, creative consultant and former executive creative director at Hero Marketing, Jabulani Sigege, said effective diversity lies in ensuring that all voices are listened to: “If their presence isn’t properly acknowledged or they’ve been placed there for the wrong reasons, then what is the point?”

When asked if marketing and advertising executive agencies are unable to detect that they have humiliated or offended black people, Gosa said, “You’ve seen gogos with sunglasses for MAQ [a popular washing powder brand], people dancing for pap … It happens all the time, when black people are made to look stupid.”

Gosa added that, “advertising has been predominantly white, but over time, things have been slowly changing”.

Gosa said transformation needed to be led from the client’s side – asking if there are black senior executives at agencies and also, within their own companies. “You are giving power and control to the agency, and also you are almost forcing the agency to transform. If you don’t do that, then nothing changes.”

Regarding the effect of poor transformation on black women, Ngqulana said, “Black women are often invisible in boardrooms. Meaning that we may sometimes be present around the table, however, our voices aren’t heard or taken seriously.” DM